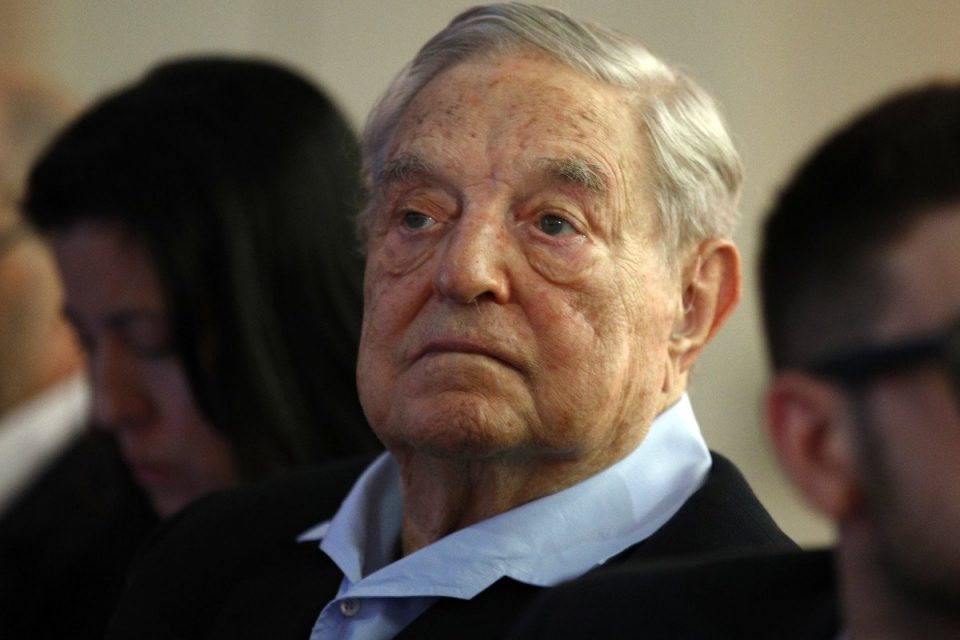 Patriots across America need to be on red alert.

George Soros and other global elites are hiding a dark secret about migrants.

And this bombshell will change everything you think.

Global elites use mass migration as their weapon of choice to implement one world government.

Migrants flood countries and wear down the idea of national sovereignty.

The end goal is one world government.

Many Americans wonder where the funding for these worldwide migrant movements comes from.

The fake news media used an anti-Semitic bigot murdering 11 worshippers at the Tree of Life Synagogue to claim any criticism of George Soros for supporting mass migration fuels anti-Semitism.

First, he claimed tens of millions of people around the world crashing other countries borders was a “proven benefit.”

Our collective failure to develop and implement effective policies to handle the increased flow has contributed greatly to human misery and political instability—both in countries people are fleeing and in the countries that host them, willingly or not. Migrants are often forced into lives of idle despair, while host countries fail to reap the proven benefit that greater integration could bring.

Then he detailed his plan to spend $500 million to incentivize migrant caravans around the globe.

In response, I have decided to earmark $500 million for investments that specifically address the needs of migrants, refugees and host communities. I will invest in startups, established companies, social-impact initiatives and businesses founded by migrants and refugees themselves. Although my main concern is to help migrants and refugees arriving in Europe, I will be looking for good investment ideas that will benefit migrants all over the world.

The Media Cover Up

The media doesn’t want you to know any of this.

To them, up is down and black is white.

Fake news journalists want to erase from history the fact that George Soros is donating hundreds of millions of dollars to support global migration.

They don’t want to see any border security in America.

That’s because they view every migrant as a potential leftist voter.

Alleged “journalists” figure that poor migrants are guaranteed to vote for big government.

So does George Soros.

He pours his fortune into supporting open borders and setting up magnets to attract migrants precisely because he knows they will turn into reliable voters for the leftist agenda.

The media reaction in the wake of the Pittsburgh shooting shows you how serious the fake news is about advancing this agenda.

Republicans gained steam in races across the country by attacking George Soros for his support for open borders.

The media smeared these attacks to force Republicans to back off.

This could explain why so many Republicans were defeated in the midterm election.

“Journalists” – who are really the gravediggers for the truth – want to hide these facts from you.

But please keep reading Deep State Journal to keep up with the stories the fake news media wants to hide.