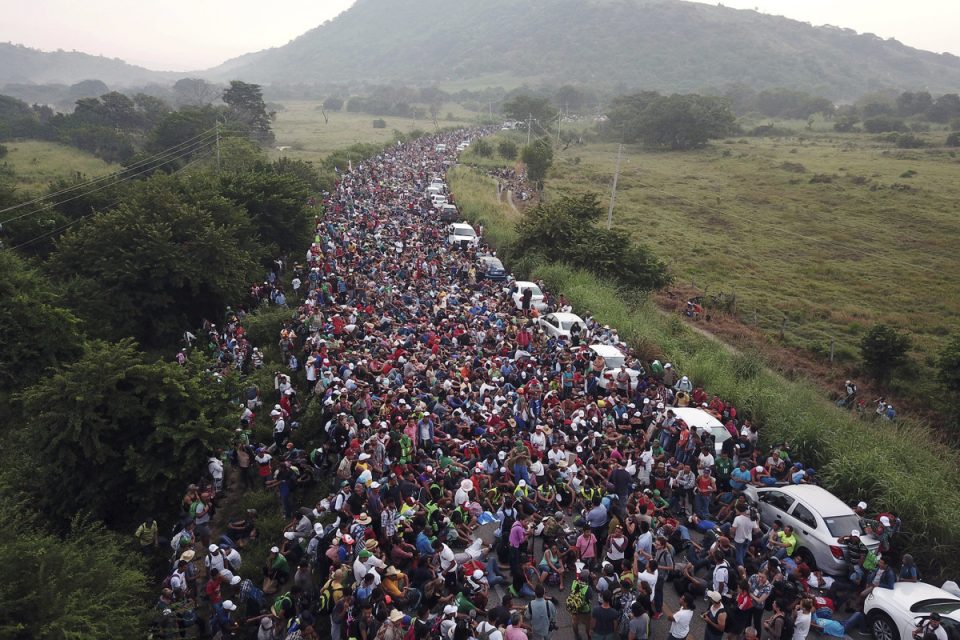 Fake news CNN is not in the business of telling you the truth.

Their job is to push an anti-American globalist agenda and to destroy Donald Trump.

But now they are in deep trouble after they got caught doctoring a photo about the migrant caravan.

Patriots and citizens who love this country were horrified at the sight of hundreds of migrant invaders attempting to storm the border.

Rabble-rousing migrants hurled rocks and other deadly weapons at the Border Patrol in an effort to break their ranks and forge a path into America.

But in order to beat back the migrant gang, they were forced to deploy tear gas.

The video exploded virally and many Americans agreed the scene made it clear that Donald Trump’s border wall was a necessity.

Fake news reporters latched on to an image of a mother and her children sprinting away from tear gas.

But you can never believe anything the fake news media tries to sell you.

Critics accused them of staging photos of women and children fleeing tear gas in order to make it seem like Trump ordered storm troopers to terrorize helpless innocents.

CNN caught the most flack.

Conservative commentator David Reaboi tweeted out how CNN cropped out the photographer in the image of a mother and her children fleeing the tear gas.

He claimed the true image showed the cameraman staging the photo of women and children running from the tear gas by arranging their positioning.

Fake News @CNN crops out the cameramen setting up staged scenes at the border.

Israel was always the canary in the coal mine: this activist media manipulation was called “Pallywood.” MUST-SEE @richard_landes clip about this phenomenon: https://t.co/qBGD2MdXtn pic.twitter.com/9kf5DiQzBl

This was not the first time CNN got caught red-handed staging fake news.

In June 2017 in London, a radical Islamic terrorist slaughtered 7 innocents and injured nearly 50 others when he plowed them down with a van he was driving.

In the wake of this terrorist attack, critics accused CNN of staging an anti-ISIS protest in the streets of London.

CNN claimed the protesters were already in the area and the police merely let them through the cordon so their signs could be broadcast on television.

Their chief propagandist Brian Stelter claimed “nothing to see here, move along folks.”

Police allowed demonstrators thru cordon “so they could show their signs” to media, @CNNPR says. CNN, BBC, AP “simply filmed them doing so.”

But conservatives called out Stelter and CNN for gaslighting their audience.

Brian, CNN did not record what’s happening. @BeckyCNN shaped what will happen and then started a report. Not bad; just a fact.

Given CNN’s shady track record of faking the news, their denials fell on deaf ears.

And that’s why no one is surprised that CNN would doctor a photo of the caravan.

Their agenda is to push for open borders and one world government.

Pro-liberty conservatives and nationalists that support Donald Trump is what’s standing between the globalists and the complete destruction of America as everyone knows it.

Each time CNN gets called out for faking the news is another victory in the battle to restore the Republic.