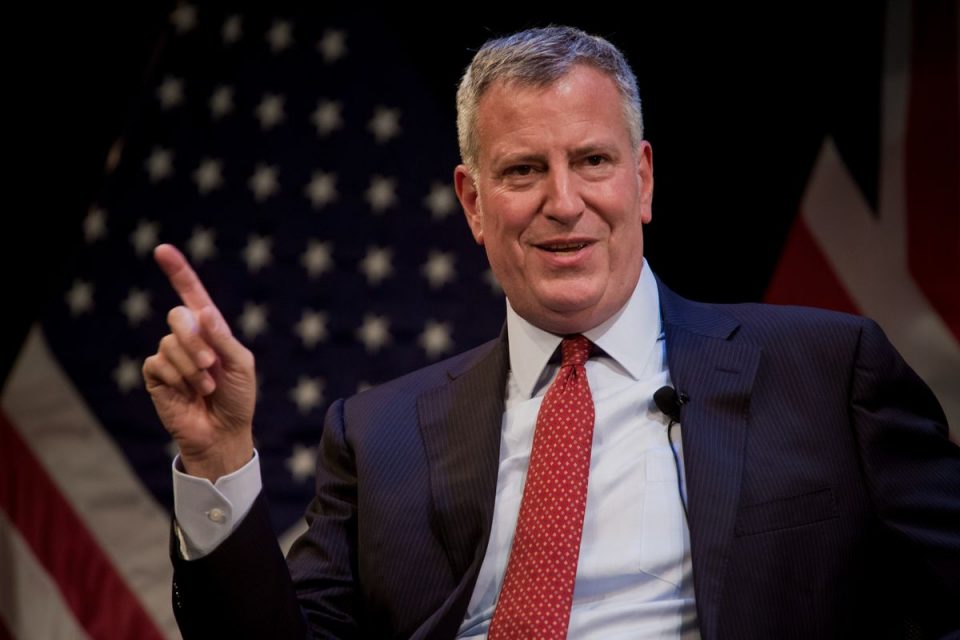 Leftists have a shaky relationship with the American Constitution.

They pay lip service to it, but also claim it’s a “living document.”

His parents were steeped in the far left.

The executive order was enacted to root out communist influence in the American government.

During the Cold War, de Blasio toured the Soviet Union.

He organized for the far-left group Physicians for Social Responsibility.

He also supported the communist Sandinista regime in Nicaragua.

It should come as no surprise when de Blasio’s authoritarian crops up.

In a 2017 interview with New York Magazine, de Blasio lay bare his socialist ideal for the city.

He said, “What’s been hardest is the way our legal system is structured to favor private property.”

“I think there’s a socialistic impulse, which I hear every day, in every kind of community, that they would like things to be planned in accordance to their needs. And I would, too,” he continued.

Mayor de Blasio and other leftists of his stripe view themselves as the benevolent king…if only those pesky individual rights weren’t in the way.

In perhaps his most striking comment, de Blasio said, “Look, if I had my druthers, the city government would determine every single plot of land, how development would proceed.”

That is literally the death of property rights.

Without property rights, citizens are wards of the state.

de Blasio continued, “And there would be very stringent requirements around income levels and rents. That’s a world I’d love to see.”

That world of price controls exists.

It’s been tried in every communist hellscape that leftists excuse.

America was founded on the idea of limited government.

That’s why America has been a beacon for so many people around the globe.

Before a group gathered outside City Hall, de Blasio said he wanted to usher in “a new progressive era in this city’s history…felt beyond our borders.”

According to the Cato Institute, New York state ranks dead last in freedom.

They’re going to states like North Carolina and Florida.

But if de Blasio and others get their way, there will be nowhere to flee.

Did Barack Obama Illegally Spy On These Trump Phone Calls?