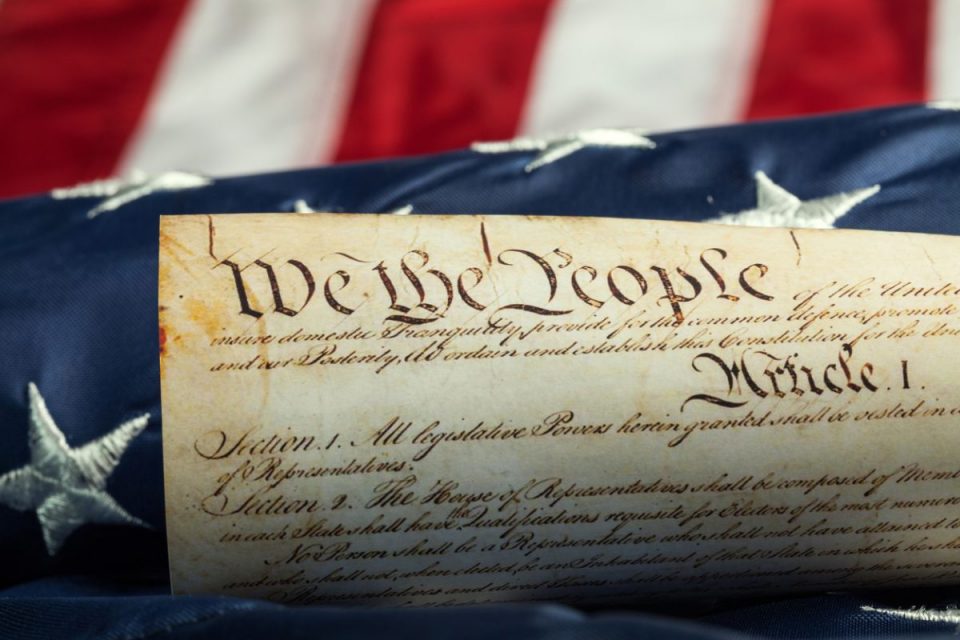 Leftists have been stealthily attacking the First Amendment for decades.

To many, especially conservatives, that may not come as a surprise.

But everyone needs to understand the problem is far greater than ever imagined.

Michael Rectenwald gives off the air of a typical instructor at an elite institution.

The NYU professor is bespectacled, erudite, and highly regarded among the left literati for his published tracts…or at least he used to be.

Rectenwald differs in a major way: he’s a libertarian, and thus, he’s a pariah.

Rectenwald used to be a communist, but took the proverbial “red pill” when he became alarmed by the building authoritarianism on the left, particularly the mania of the transgender movement.

He posted a link on his Facebook page of a student sarcastically expressing his gender as “his majesty.”

He received an avalanche of criticism that shocked him.

All of his leftist friends were walking on eggshells so as not to offend anyone related to transgenderism.

Soon after, he was turned off by Hillary Clinton’s use of the phrase “basket of deplorables” to describe half the electorate.

An NYU student journalist messaged him, and he decided to out himself in the school newspaper.

In Orwellian fashion, Rectenwald was summoned to an administrator’s office, and he was “encouraged” to take a leave of absence because people were concerned about his mental health.

Because anyone who speaks out against leftist orthodoxy must be deemed deplorable or crazy.

Rectenwald was banished to the basement of a less populated building, and many colleagues literally turned away from him when they encountered him in the hallways or elevators.

Rectenwald spoke to conservative host Glenn Beck about his experience and explained why what happened to him is spreading.

He said the root of the problem is post-modernism, a philosophy borne out of the failed socialist rebellion in Paris led by students in 1968.

Rectenwald told Beck, “If Marxism is about blowing up the house and razing it to the ground, post-modernism is about putting a few little termites here and there in the walls, and watching the house get eaten up slowly until it finally collapses under its own weight.”

The philosophy contends that there is no such thing as objective truth.

Jacques Derrida, probably the most notable post-modernist philosopher, created an offshoot theory called deconstructionism, which argues that nothing matters outside of language itself, and those in power get to determine the meaning of language.

Rectenwald continued, “These theorists say…you can’t overthrow the totality. Let’s go at it in a different way. Let’s attack the character of language. Language is the big power structure now.”

Rectenwald even recounted a story when the post-modernists first came to teach in America.

He said, “Sitting on the tarmac after they landed…Derrida [said to] his co-conspirator of deconstructionism, ‘You know, we’re about to release a virus on this culture,’ and that’s exactly how they saw it. They saw it as a virus that would eat at the very foundation of all our cultural values.”

Tracking the culture of the 1960s up to the present day, there’s a very clear degradation that has taken place.

Rectenwald continued, “This virus was unleashed on us, and has worked its way into the entire body politic. It’s undermined all of our ontological beliefs. And this is where all of this crazy stuff about gender, and gender differences, and non-binaryness…this is where it came from.”

What began as an insidious idea took root at Yale in the late 1960s.

It spread to other elite universities, and can now be found on almost every single college campus.

It might seem that this inane doctrine doesn’t have any real-world impact beyond radical college students, but these students graduate and take the ideology with them.

And this has been happening for 50 years.

The early pupils of the late 1960s are now tenured professors, and their fellow travelers can be found in government, and even corporate America.

That has serious ramifications for free speech.

That’s why there’s such a sudden push to compel speech and control language.

On Twitter, it is now a bannable offense to misgender (not use someone’s preferred pronoun) or deadname (use a transgender person’s former name).

These radical leftists want to destroy the distinction between sex and gender, meaning someone is a man or a woman simply because they say they are.

If they’re successful, they can dictate language by using civil rights laws drafted for women.

This is just one of many slippery slopes radicals have been brewing up for five decades.

Did Barack Obama Illegally Spy On These Trump Phone Calls?