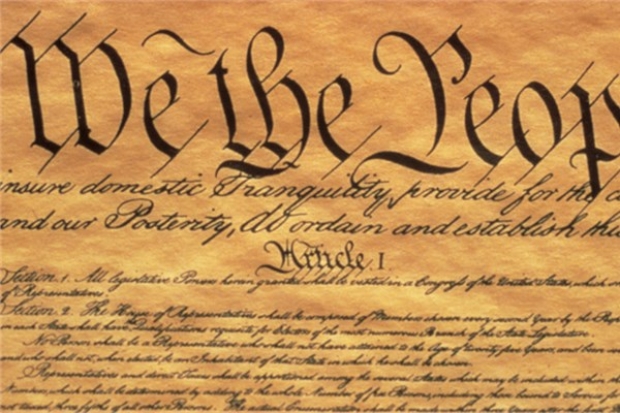 Free speech is constantly under attack in America.

It’s arguably the most important right the people have, but devotees of big government constantly chip away at it.

But a recent Supreme Court ruling scored a major victory for free speech.

The true genius of the American Constitution is the concept of negative rights.

Negative rights come from a state of being, and cannot be infringed upon by the government.

Citizens are only permitted to do what the government allows them.

The founding fathers were so adamant about negative rights, they enshrined them with the Bill of Rights.

Thankfully they had the foresight to add the Bill of Rights to the Constitution, because people with anti-freedom interests gradually chisel away at those rights.

And free speech is the number one target.

In the United Kingdom, the citizens already don’t have free speech.

Citizens can be arrested for “hateful” language, even online.

America doesn’t have that problem…yet.

On the bright side, a recent Supreme Court case should give free speech absolutists solace.

In Janus vs. the American Federation of State, County, and Municipal Employees (AFSCME), the court decided 5-4 in favor of Janus, barring public-sector unions from forcing members to pay dues.

Private-sector unions collectively bargain against their employer for improved wages or working conditions.

But public-sector unions essentially bargain against the taxpayer.

Elected officials cut sweetheart deals with unions, promising them benefits like massive pensions with the knowledge that some future administration will have to figure out how to pay for them.

In return, public-sector unions spend lots of cash, and in many cases actual manpower, on political contributions for pro-union candidates.

This amounts to legalized bribery.

The worst part about it is public-sector union employees were forced to join the union as a condition of their employment, and thus pay union dues.

That meant employees were strong-armed into paying for political speech, i.e. union dues going to campaign contributions, from which they might’ve dissented.

The Janus decision ensured that union membership is no longer compulsory.

It will go a long way toward curtailing corruption that was hiding in plain sight.

Many municipalities have gone broke because of politicians promising exorbitant pensions to public-sector unions.

They get to walk away scot-free while taxpayers get hit, and well-intentioned union employees don’t get what they were promised.

Even Democratic hero Franklin D. Roosevelt was against public-sector unions.

He said, “All government employees should realize that the process of collective bargaining…cannot be transplanted into the public service.”

He understood that bargaining with the taxpayer’s money created a preserve incentive.

It also gave public-sector unions the power to hold taxpayers hostage by walking off the job until their demands were met.

The 5-4 decision on the Supreme Court shows how important it is to have justices who uphold the Constitution, as opposed to activist judges who believe it’s a “living document.”

The Constitution must continuously be protected, or else some bad actors will take away freedom without anyone paying attention.

Would Banning These Words End Political Correctness On Campus?