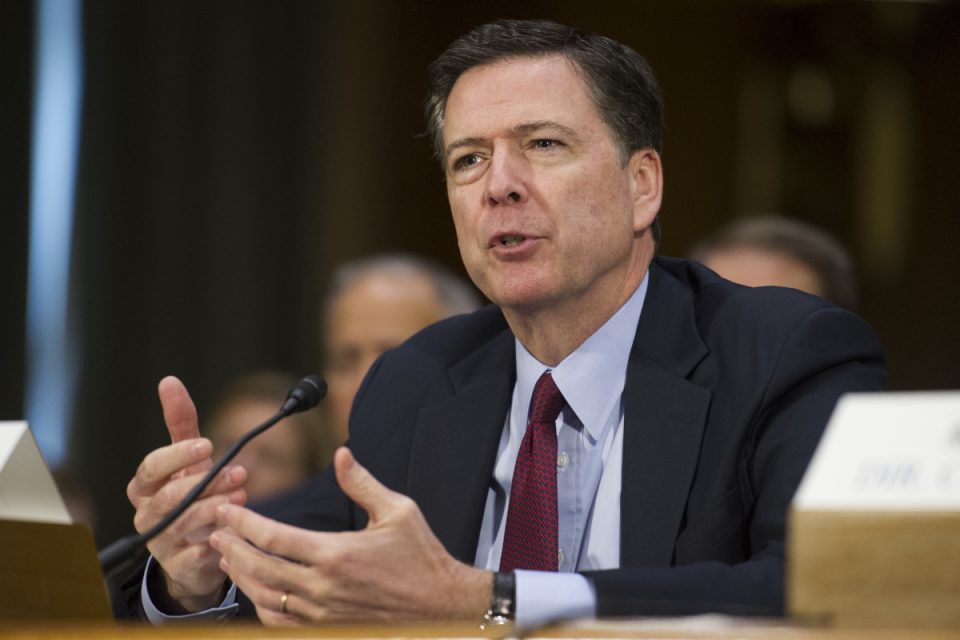 He can no longer run from his crimes against Donald Trump and the American people.

And Republicans are about to ask Comey the one question that he never wanted to answer.

House Republicans finally pulled the trigger on Thanksgiving when they subpoenaed Comey to compel him to testify about the FBI and Obama administration colluding on a plot to rig the 2016 election by framing Donald Trump for colluding with the Russians.

Happy Thanksgiving. Got a subpoena from House Republicans. I’m still happy to sit in the light and answer all questions. But I will resist a “closed door” thing because I’ve seen enough of their selective leaking and distortion. Let’s have a hearing and invite everyone to see.

He knew this was a ruse.

Republicans want to question him on topics involving classified information such as Comey dispatching spies to infiltrate the Trump campaign and the FBI’s use of the fake news Christopher Steele dossier as the central piece of evidence in a FISA warrant application.

Public testimony would defeat the purpose of the hearing since it would eliminate Republicans’ ability to question Comey on the nitty-gritty of the FBI’s abuse of power.

But Comey is no dummy.

You don’t rise to a command position in the Deep State army without being a crafty operator.

He knew that demanding public testimony – while in reality an evasion tactic – would give him the public high ground while giving the impression to the American people that the Republicans were the ones who had something to hide.

So at first, he put forth the laughable excuse that Republicans would “selectively leak” his testimony and that was why he needed a public forum.

Of course, the only reason the Mueller investigation exists is because Comey selectively leaked memos of his conversations with the President – and may have broken the law in stealing FBI property in order to do so – to a friend who was a law professor.

Comey instructed his accomplice to leak them to the media after he was fired in order to force the appointment of a special counsel.

But Comey could only maintain this façade for so long.

Eventually, the rubber had to meet the road and Comey pulled out the last trick in his bag to avoid testifying – he sued to quash the subpoena.

“Am I right,” Judge McFadden quizzed Comey’s attorneys, “that you’re saying the investigation into this is completely appropriate, your concern is a private meeting with your client? It’s the means, not the ends?”

The Judge pointed out that members of Congress are immune from civil suits or arrests as long as they are performing their duties, and McFadden noted Congress had a legitimate purpose in trying to get to the bottom of the 2016 election.

Comey claimed he fought the GOP’s subpoena “not to avoid giving testimony but to prevent the Joint Committee from using the pretext of a closed interview to peddle a distorted, partisan political narrative about the Clinton and Russian investigations.”

But this was another dead end.

Comey had no case.

Republicans simply agreed that Comey would testify on and the House Judiciary committee would release the transcript within 24 hours after it was scrubbed for classified information.

Comey tap danced to try and save face.

The former FBI Director presented his massive defeat as a victory.

“Grateful for a fair hearing from judge. Hard to protect my rights without being in contempt, which I don’t believe in. So will sit in the dark, but Republicans agree I’m free to talk when done and transcript released in 24 hours. This is the closest I can get to public testimony.”

The FBI Did Something Deeply Troubling To The Trump Campaign