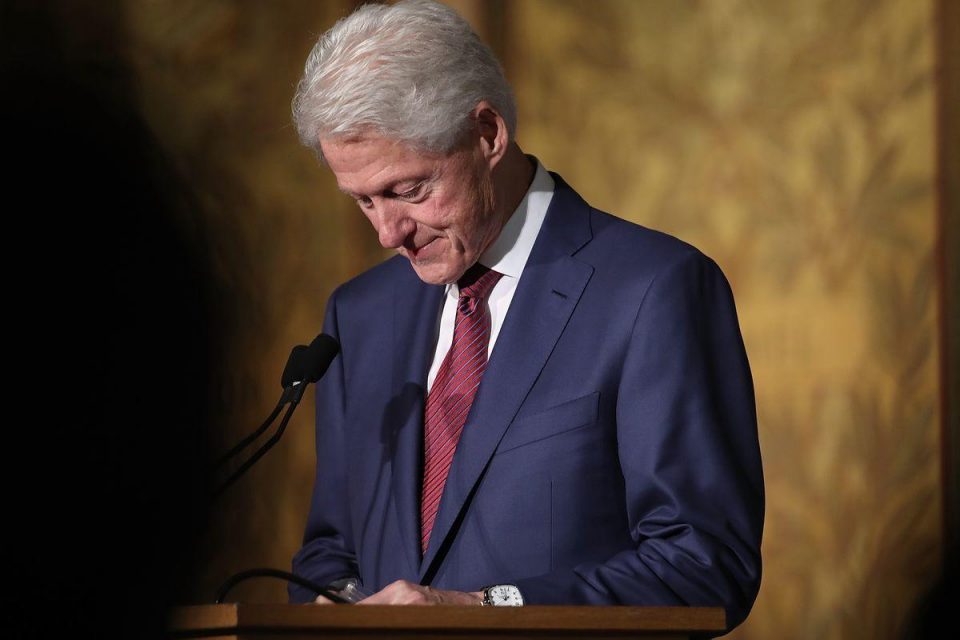 Hillary Clinton was one of the most disliked Presidential candidates of the modern era.

Just the scandal surrounding her email server alone made her seem untrustworthy.

Of course, Hillary and Bill Clinton both have a long history of abuses of power.

Some say the salacious Netflix series “House of Cards” about the Machiavellian dealings of Frank and Claire Underwood is heavily inspired by the Clintons.

While the series gets outlandish, a lot of the truth about the Clintons is stranger than fiction.

One could write a book about their corruption—both proven and alleged—and some have.

Beneath the Clinton’s façade is an insatiable lust for control and influence.

Years before Hillary Clinton allegedly conspired with Debbie Wasserman Schultz to rig the Democratic primary against Bernie Sanders—and bleached and destroyed hard drives—she was “just” a politician’s wife in Arkansas.

However, in the late 1970s, Bill Clinton allegedly raped Juanita Broaddrick in a hotel room.

There was never an investigation into the rape, even though Broaddrick had contemporaneous corroboration and wasn’t seeking fame or fortune.

At the time, Broaddrick owned nursing homes that were subject to regulation by the state Attorney General—Bill Clinton.

He was also vying for the governorship.

Shortly after the alleged rape, Broaddrick was ambushed by Hillary.

In a recent interview, Broaddrick said Hillary had said to her, “I just want to tell you how appreciative Bill and I are for everything you do for this campaign.”

Broaddrick says she turned to scurry away when Hillary clamped down on her arm with a “death grip” and scowled.

Hillary then menacingly said, “Do you understand, everything you do?”

Broaddrick contends that Hillary is actually worse than Bill.

“I absolutely felt like I’d been raped all over again…She enabled one of the worst sexual predators of all time,” Broaddrick said.

Bill obviously won the governorship, and Broaddrick definitely got the message.

It wasn’t until Bill’s big sex scandal with Monica Lewinski that Broaddrick was dragged into the public discourse against her will by a lawyer probing Bill’s past.

Hillary Clinton called the attacks on her husband a “vast right-wing conspiracy” and the sexual harassment allegations “bimbo eruptions.”

Bill lied under oath that he never had sexual relations with Lewinsky.

Unfortunately for them, Monica Lewinski saved her dress with Bill’s DNA on it.

The Clintons were prepared to destroy her reputation, but the evidence forced a retreat.

And in 2003, Bill Clinton’s National Security Adviser Sandy Berger removed documents from the National Archives on at least three occasions.

In some instances, he would remove documents, hide them underneath a nearby construction trailer, then circle back later to destroy them.

It’s unclear what he destroyed, but some of the documents were regarding terror intelligence prior to the 9/11 attack which was potentially damaging to the Clinton administration.

Berger ultimately received a slap on the wrist for his actions.

Furthermore, the quid pro quo deals of the Clinton Foundation have come under intense scrutiny.

Hillary likes to talk about how she and Bill left the White House with no money.

But they did leave with furniture and other accessories—in fact, they were required to return nearly $200,000 worth of items.

After they left the White House, the Clinton Foundation became a big-money enterprise.

As Senator of New York and Secretary of State, Hillary purportedly traded donations for access.

The Clintons also had several dealings with the same Russians who were supposed to have also colluded with Donald Trump.

A 2014 tax audit showed only 3% of nearly $180 million in their foundation revenue went toward charitable grants.

The rest went to overhead costs and Lord knows what else.

Even Chelsea Clinton voiced “serious concerns” over some of the questionable foundation practices.

These incidents, and many, many more, raise the question: Were the Clintons willing to cross the line and violate the trust of the American people for money and power?