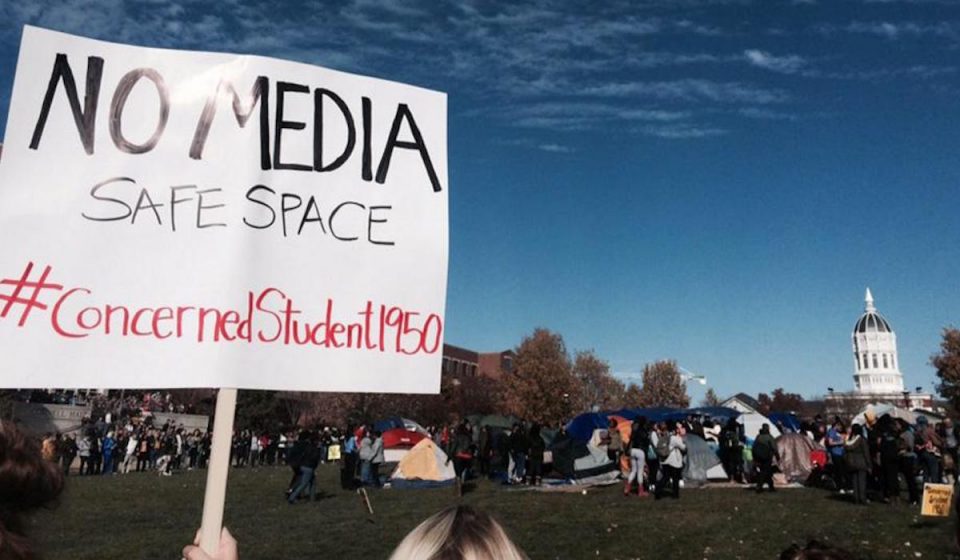 A University of Pennsylvania law professor has an ingenious common-sense idea to finally end political correctness on campus…ban liberal whining.

For far too long the college campus has been a hotbed of tizzy fits and temper tantrums.

It seems as though students sit around and try to come up with new ways to be offended.  These students cannot be satisfied no matter how many concessions and inane demands are met.

Possibly the worst example of this was at Evergreen State University in Washington where students took over the campus after a professor objected to being told to leave campus because he is white.

The conflict stems from the college’s Day of Absence, a tradition in which black people leave the campus to show what the place would be like without them.

In 2017, organizers suggested the reverse: that white people who wanted to participate would leave while nonwhites stayed, and both groups would attend workshops too, as the email announcement put it, “explore issues of race, equity, allyship, inclusion, and privilege.”

In an email to his colleagues, Professor Weinstein, who is white, said that when black people decided to leave, it made sense as “a forceful call to consciousness.” But to ask white people to leave, he wrote, “is a show of force, and an act of oppression in and of itself.”

Things went out of control from there.  Students occupied the President’s office, and demanded all grades be eliminated.  The President bent over backwards to the meet the demands of the protestors.

While this protest was not as violent and destructive as Anti-Fa’s protests at Berkley when Ann Coulter was scheduled to show up to speak, this protest may have ended the college.

How are colleges supposed to stop the inmates from running the asylum?  Dr. Amy Wax (M.D. and PhD), a professor of law at the University of Pennsylvania, has a stunningly simple solution, quit allowing the offender to set the rules for everyone else.

Her solution was presented at a presentation at the Heritage Foundation:

“No one can be heard to say, ‘I’m offended.’ They all have permission to be offended. But they just can’t express it.

No one is allowed to accuse anyone else, in the classroom or out, dead or alive, of being racist, sexist, xenophobic, white supremacist, or any other derisive, identity-based label. No slurs or name-calling. These don’t enlighten, educate, or edify. They add nothing. Give us an argument. Tell us why the other person is wrong.

No one can complain to administrators—those officious thought police—about anything said in class.

Finally, both the government and private donors need to rethink the lavish financial support for higher education, and especially for elite and selective institutions, which serve only a teeny-tiny portion of our population and which in many ways, I’m afraid, have become an anti-Western and anti-American liability.”

First and foremost, Wax said, “Remind students that one of the central missions of the university, which justifies its existence, is to get at the truth.” She said:

“That requires honest debate, patience, intellectual honesty, investigation, and a lot of hard work. But it also is not for the faint of heart. And that is a lesson that is almost never transmitted today. That offense, bruising thoughts, and unpleasant facts simply go with the territory. They are an intrinsic feature of an open society, and they never can be entirely avoided.”

This amounts to censorship of speech, but only the speech of those who are trying to ban others from speaking their ideas.  This would allow truly free speech at America’s college campuses again.

Barack Obama Went After Political Opponents In An Appalling Way