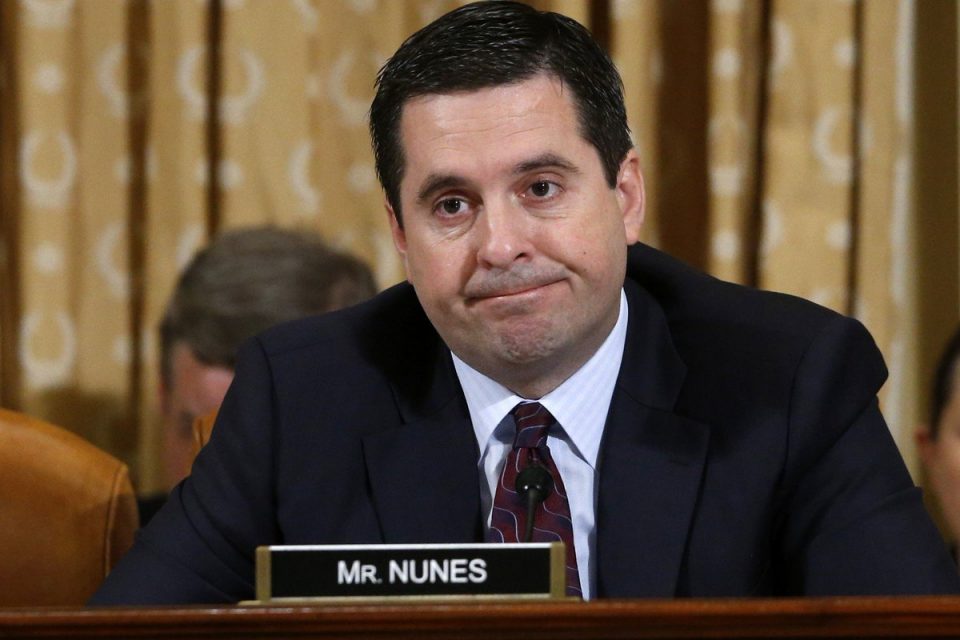 The FBI’s crimes during the 2016 election are one of the great scandals in American history.

Deep State agents like James Comey thought he could sweep the Bureau’s lawless work on behalf of the Clintons under the rug.

But Devin Nunes just announced he found the smoking gun that has anti-Trump forces in the FBI in a panic.

Devin Nunes appeared on Fox News and dropped a bombshell.

The House Intelligence Committee Chairman revealed that there are secret emails sent between high-ranking members of the cabal Obama administration and the FBI that show they knowingly lied to a FISA court judge to win a warrant to spy on Carter Page and the Trump campaign.

“For months, we have been reviewing emails between FBI and DOJ and others that clearly show that they knew of information that should have been presented to the [Foreign Intelligence Surveillance] Court. It is real evidence that people within the FBI withheld evidence from the FISA court,” Nunes said.

But Nunes also noted that Congress’s reach only goes so far.

In order to expose the criminals at the highest levels of the Obama administration, Donald Trump needed to declassify these documents.

“Even though we know what’s in those emails, a lot of them are still redacted. So they’re still refusing to give Congress even in a classified setting this information,” he added.

What the Emails Show

Nunes told host Maria Bartiromo that the emails showed the FBI had evidence that proved Carter Page’s innocence against charges he operated as a covert Russian spy, but suppressed that information.

The FBI used the fake news Christopher Steele dossier as “proof” Page was an enemy agent.

They made that hoax document the centerpiece of their application for a warrant to spy on him.

But in 2013, Page actually teamed with the FBI to help them bust a Russian spy ring.

Page was actually a patriot in the midst of traitors at the FBI and DOJ.

But truth does not matter to the Deep State.

James Comey and his henchmen used false evidence to frame Page as a Russian spy.

The FBI’s fabricated “evidence” led a judge to grant the Bureau a warrant to spy on Page.

This warrant was the lynchpin in the Obama administration’s conspiracy against Donald Trump.

While the FBI didn’t obtain the warrant until after Page left the campaign, the warrant was retroactive.

It gave the FBI access to Page’s emails and communications from when he was a member of the Trump campaign.

Obama and criminal co-conspirators used fake news and hoaxes to try and rig an election, and frame innocent Americans as enemy agents.

It’s a crime against the American people that cries out for justice.