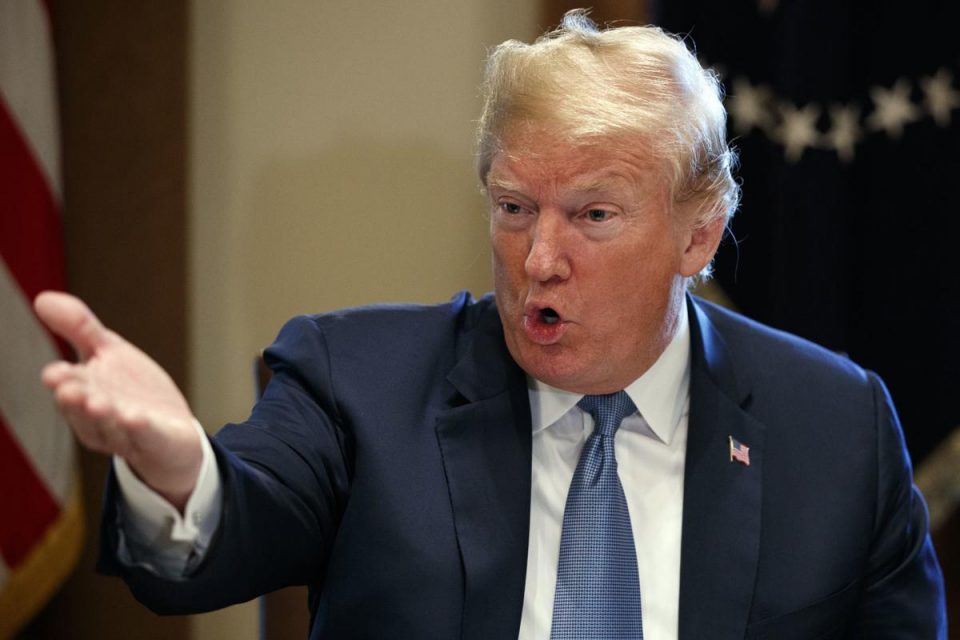 The Deep State has one goal it pursues with single-minded determination – destroy Donald Trump at all costs.

That’s why rogue agents within the government unleashed an avalanche of illegal leaks to the fake news media.

But they set in motion one series of leaks of classified information that cripple Donald Trump.

Did the Deep State collude with foreign governments and the fake news media to sabotage Donald Trump’s foreign policy?

Did these treasonous bandits seize on the murder of Muslim Brotherhood Sympathizer Jamal Khashoggi in the Saudi Arabian consulate in Turkey to launch their latest front in the war on Donald Trump?

The Trump administration made their relationship with Saudi Arabia – and specifically Crown Prince Mohammed bin Salman – the cornerstone of their Middle East policy.

Whereas Barack Obama appeased Iran and entered into a nuclear agreement that allowed the rogue nation to one day acquire a nuclear weapon, Trump pulled out of the deal and allied with Saudi Arabia to restrain Iran’s growing influence.

Turkey – which wants to check Saudi Arabia – formed a natural alliance with unpatriotic scoundrels in the Deep State and Fake News media who are committed to seeing Donald Trump fail.

After Khashoggi disappeared in the Saudi Arabian consulate in Turkey, the Deep State, fake news media and Turkish intelligence executed a pincer movement to destroy Trump’s pro-American foreign policy with attacks both foreign and domestic.

The Royal Family denied any involvement in the murder, but Turkish intelligence leaked that they had a recording of the murder.

They claim 15 Saudi Arabians tied to the Crown Prince flew into Turkey, ambushed Khashoggi in the consulate and hacked him up into fish food using a bone saw.

The fake news media in America ran with these stories and demanded Trump hold the Crown Prince – who buys hundreds of millions of dollars in arms from the U.S. and supports Trump’s policy to roll back Iranian influence – “accountable.”

Critics wondered if the fake news media, Deep State and foreign intelligence services wanted to see Trump sanction the Crown Prince or demand the Saudi King remove him as the heir apparent.

That would destroy America’s relationship with Saudi Arabia and allow Iran’s power to grow unchecked.

However, the evidence was not as conclusive as the fake news media and Deep State wanted everyone to believe.

National Security Advisor John Bolton told reporters that officials who listened to the recording said it did not implicate the Crown Prince.

“That’s not the conclusion that I think the people who heard it have come to,” Bolton states.

But when Trump resisted these calls, the pro-Iran, Barack Obama loyalists in the Deep State launched part two of their treasonous campaign.

Deep State operatives leaked to compliant media outlets that the CIA’s “assessment” of the intelligence led them to believe the Crown Prince was behind the killing.

Now when Trump wants to declassify documents proving the FBI abused the rights of American citizens by framing them for colluding with the Russians, fake news journalists and Deep State apologists in government scream about how Trump can’t reveal sources and methods.

But in this case, the fake news lapped up stories about leaked “intercepts.”

He called out the fake news that Russia “meddled” in the 2016 election to rig it in his favor.

And he dismissed this effort to frame a U.S. ally because the Saudi Crown Prince supports Trump’s plan to correct Obama’s disastrous foreign policy.

The intelligence community is not perfect.

These same agencies all claimed Iraq had weapons of mass destruction.

And Trump is right to distrust agencies staffed with career bureaucrats working in league to undermine his Presidency.

Donald Trump saw through this ruse.

He released a statement saying that while Khashoggi’s killing was a horrible tragedy, the United States needs to be realistic about the state of world affairs.

Ending the alliance with Saudi Arabia could push them into the arms of China or Russia.

And their support for a Middle East peace deal as well as a check on Iran will advance U.S. interests and help protect American allies like Israel.

That is the very definition of “America First.”

It’s not the job of the intelligence agencies to set policy.

Their role is providing decision makers with facts so the officials the American people elected – and can hold accountable through the Democratic process – can make a decision.

Obama loyalists who are in league with the terrorist government in Iran hate this decision.

But the American people rejected their anti-American foreign policy when they elected Donald Trump.

This illegal leak campaign was the latest example of an unelected criminal conspiracy within the United States government operating in the shadows to undercut the duly elected President.

Trump supporters took heart in the fact that it did not succeed and Trump refused to allow pro-Iranian Obama Deep State operatives to alter American foreign policy.