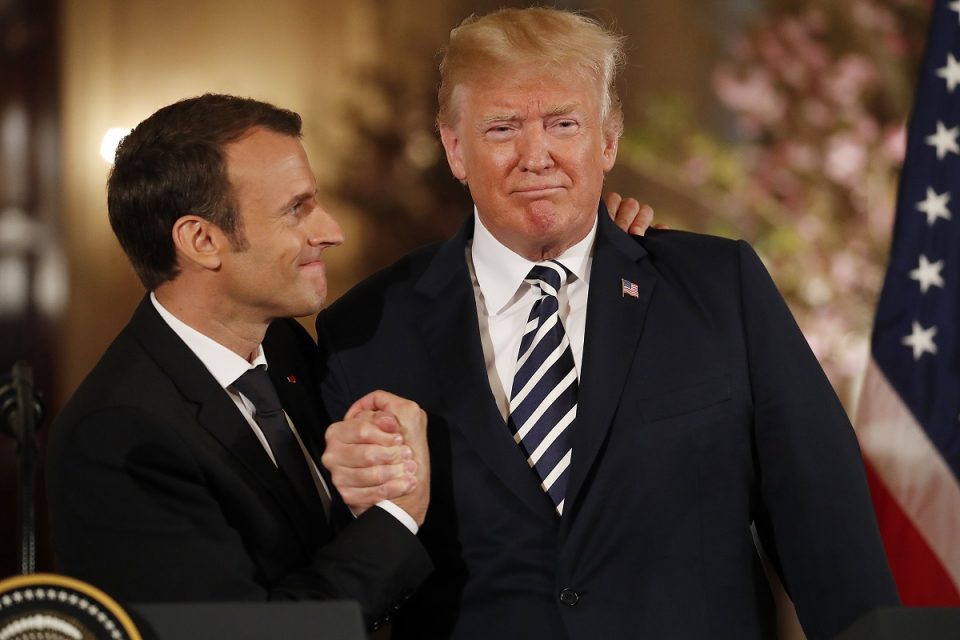 The globalists are initiating the final phases of their plan to bring down the West and impose their new world order.

No one expected their plan was as far along as it was.

And one world leader sent signals that this awful plan to impose martial law may be coming to America.

The fake news media presents French President Emmanuel Macron as the shining beacon of hope for the new world order.

Globalists hailed Macron’s election in 2017 as evidence that citizens across the globe were turning against Donald Trump’s anti-globalist message.

But Macron is in deep trouble.

His approval rating is mired in the 20 percent range.

And it’s all because the citizens of France rebelled against the lynchpin of the new world order agenda.

Donald Trump withdrew the United States from Barack Obama’s Paris global warming accords because he sensed the danger it posed to the American way of life.

The deal would have stolen trillions of dollars in wealth and millions of jobs from the United States and distributed them to third-world nations in the name of building a one-world government.

But he was proven right.

Macron plowed ahead with fuel tax increases that were central to the Paris accords.

The French President jacked up the gas tax to discourage French citizens from driving cars because the globalists want to bring down the capitalist system that engineered the West’s rise to dominance.

However, this decision backfired.

The Yellow Vests protests – named after the high visibility vests truck drivers in France sport – took off across Paris.

The ferocity of the backlash stunned Macron and his globalist allies.

The streets of Paris turned into a nightmare scene from a post-apocalyptic movie about the collapse of society.

The situation is getting out of control in #France.

Have you seen burning cars flying through the air in any other political protests.

The video is from #Narbonne

Over 130 people were injured and 400 arrested when the protests escalated when Macron refused to blink in the face of a massive grassroots uprising.

Macron’s goon squads killed an 80-year-old woman when they blasted her in the face with a tear gas grenade.

The real face of feminism. Right there. Strong women stand with the people. pic.twitter.com/XHmW6OvuRE

Macron even threatened to declare a state of emergency and put France under virtual martial law.

That backfired as well.

French firemen turned their back on Macron’s cronies.

Macron is considering a #stateofemergency to respond to protests in Paris.

Watch the firefighters he will rely on turn their backs to their elected reps & political elite before walking out. They have had enough too. #pompiers #solidarite #1erDécembre pic.twitter.com/sM3P78eFkA

Finally, Macron threw in the towel.

He announced he was suspending the fuel tax increase.

But Trump supporters suspect Macron’s fuel tax and threats of imposing martial law were just a dry run for the main event – one day suspending the rule of law in America and placing this nation under the boot heel of the new world order.

Combating so-called “climate change” is the key to this takeover.

She declared that climate change demanded government action that would bring about “deep transformations of our economies and societies.”

That is globalist code for ending free market Western democracy and replacing it with international socialism under the direction of a one world government.

Global warming regulations allow the state to dictate every aspect of your life.

Faceless bureaucrats and political elites can control what you eat, what you drive, as well as where and how you live.

Barack Obama started the slow roll-out of this plan when he signed Executive Order 13575 in June 2011 which established the White House Rural Council.

The stated goal of this program was to create “sustainable rural communities.”

The language of this order put the United States in line with the United Nations Agenda 21 program.

“Sustainability” is the focal point of the Agenda 21 program whereby the government will ration the population’s ability to consume resources in order to preserve the planet’s “integrity.”

Macron’s fuel tax in France was the next stage.

And the end game was his threat to declare martial law through a state of emergency.

That is the globalist playbook for one world government domination of the West.

While Donald Trump is President, Americans can take comfort in that the President will not surrender the nation to the new world order’s global warming regime.

But the globalists are eyeing the day when Trump is no longer in the White House.

That is when they will make their move.

However, Americans can take heart in the example of the people of France.

Macron and his globalists thugs folded in the face of an organic movement of patriots committed to national sovereignty.