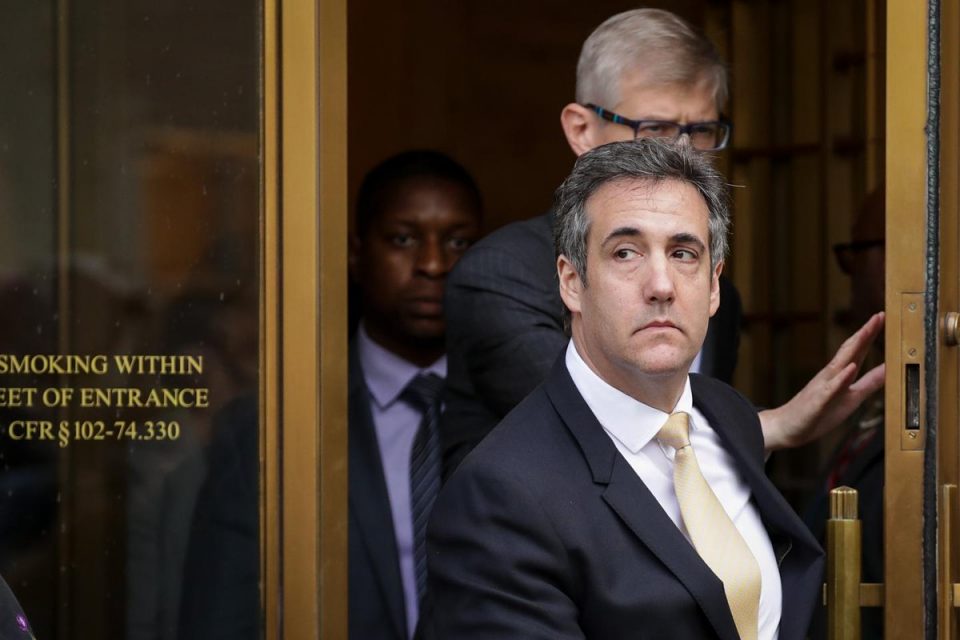 A new theater in the Deep State’s war on American democracy just opened up.

Robert Mueller and his rogue’s gallery and Democrat bandits just reached the point of no return.

And this awful surprise attack on Trump has everyone talking treason.

The President intended to stare down the masterminds behind the globalist new world order to reassert America’s role as a sovereign superpower.

He scheduled a high stakes meeting with Chinese President Xi Jinping – who is trying to bring about the dawn of the Chinese century by leveraging their trade imbalance with the United States into throwing the nation into an economic collapse.

Trump viewed this trip as one of the most significant foreign visits of his Presidency so naturally, Robert Mueller threw a stink bomb into the room just hours before the President jetted off to South America.

Cohen pleaded guilty to lying about when talks about a proposed Trump Tower in Moscow fell apart.

The turncoat told Congress they ended in January 2016.

The media celebrated this revelation.

Even though Cohen’s guilty plea never touched on Russian collusion, his snitching allowed the fake news media to put “Trump business deals” and “Russia” in the headlines.

They could generate the illusion that Trump pursued business deals with shady Russians as part of a quid pro quo for a scheme to steal the 2016 Presidential election.

Trump attorney Rudy Giuliani tore into Mueller for his act of anti-American sabotage.

Millions of Americans were appalled by this brazen attempt to cripple the President of the United State’s standing as he journeyed to a foreign land to confront America’s chief geopolitical adversary.

Politics used to stop at the water’s edge.

Americans and elected officials rallied around their President when he represented the nation abroad.

But Mueller and his villainous conspirators did the globalists dirty work.

He slapped tariffs on the Chinese to force them to the negotiating table.

The fake news whined that Trump’s tariffs on $250 million worth of Chinese goods would tank the economy.

But it was the Chinese who felt the bite.

EconPol – a group of European researchers found that U.S. firms and consumers would pay just 4.5 percent of the tariffs Trump imposed on the Chinese.

China would pay the remaining 20, 5 percent, making Trump and the U.S. the big winners of the “trade war.”

In addition, the Chinese economy is slowing down at a time when America’s economy is firing on all cylinders.

During the third quarter of 2018, the Chinese economy limped along at the slowest rate of growth since the 2008 financial crisis.

Trump swaggered into Argentina with all the leverage.

So the Deep State tagged in Robert Mueller to kneecap Trump’s negotiating position by planting the cloud of doubt in the minds of the Xi Jinping and other world leaders as to if Trump was a viable leader of his nation.

But Trump plowed through this seditious scheme.

He staged a successful G20.

Trump won a signature victory when – in exchange for a 90-day pause on tariffs – he forced the Chinese to crack down on deadly opioids pouring into America by labeling them a controlled substance in China.

In addition, Trump signed the USMCA – a revised version of the disastrous NAFTA trade deal that shipped American jobs to Mexico and rotted out industrial communities across the United States.

The dominant story of Trump’s two years in office is a ruthless opposition dipping deep into their playbook to pull off a coup d’ état and how Trump outfoxed them at every turn.