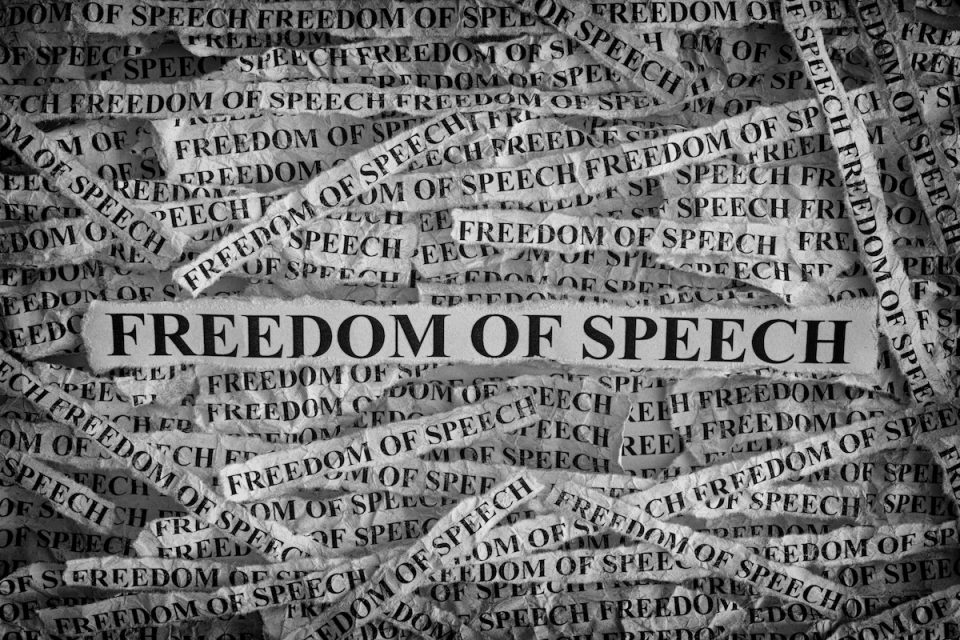 Free speech is under attack.

A cornerstone of Western democracy is now startlingly up for debate.

And the state of California made one stealthy move to undermine the First Amendment.

Many leaders of the early 20th century were looking for the “third way,” a compromise between communism and the incredibly successful laissez-faire capitalism.

In the United States, the dangerous doctrine of progressivism became a viable third way.

Progressive president Woodrow Wilson, arguably the most harmful commander-in-chief in American history, believed the executive should be as powerful as possible.

Despite America being founded on the principle of limited government, the country continues its creep toward ever-expanding state power.

A 2015 Pew Research poll showed a chilling result: 40% of millennials (18-34) are okay with the government limiting speech considered “harmful” to minorities.

That’s not an endorsement of using harmful speech toward minorities or anyone else.

In a free and moral society, people should be treated with dignity.

But it’s not the role of government to legislate morality, and most certainly not by curtailing free speech.

Canadian professor Jordan Peterson became an international phenomenon after opposing his country’s enactment of Bill C-16, an initiative that compelled people to use the gender pronoun of a person’s liking, or face punishment.

The spirit of that unconscionable law is slowly making its way to America.

“This bill would enact the Lesbian, Gay, Bisexual, and Transgender Long-Term-Care Facility Resident’s Bill of Rights. Among other things, the bill would make it unlawful, except as specified, for any long-term care facility to take specified actions wholly or partially on the basis of a person’s actual or perceived sexual orientation, gender identity, gender expression, or human immunodeficiency virus (HIV) status, including, among others, willfully and repeatedly failing to use a resident’s preferred name or pronouns after being clearly informed of the preferred name or pronouns.”

This means employees in long-term care facilities, such as nursing homes, are now required by law to use the preferred pronouns of the residents.

There’s also no religious exemption, so Christian institutions may be forced to violate their religious precepts.

This might seem trivial, which is partly what makes it so insidious.

There’s no epidemic—especially in left-leaning California—of nursing home residents being repeatedly being misgendered.

Progressives are using this as a Trojan Horse.

It would be impossible to hammer through restrictive speech codes all at once.

It must be done piecemeal.

First, the compelled speech begins in nursing homes, because nobody would be against mistreating sick and elderly people.

Then it will expand, perhaps to all state governmental bodies.

Then maybe private businesses will be required to adhere to these compelled speech guidelines in order to obtain an operating license.

Next, it spreads to other states.

Finally, all it takes is a leftist majority on the Supreme Court to enshrine it across the country.

All of a sudden, it’s a civil rights abuse not to call someone by their pronoun of “zhe”, “zher”, or an infinite number of words that don’t even exist.

If this seems far-fetched, similar assaults on the First Amendment have come to the fore.

Religious bakers and florists are under pressure to cater to gay weddings, which is not the same as refusing basic services to gay customers.

In California, pro-life health clinics were being forced by law to inform women about their abortion options, but that was overturned in the Supreme Court case NIFLA vs. Becerra, though narrowly (5-4).

Free speech is unfortunately on shaky ground, and all it takes is five progressives on the Supreme Court to see it go up in smoke.