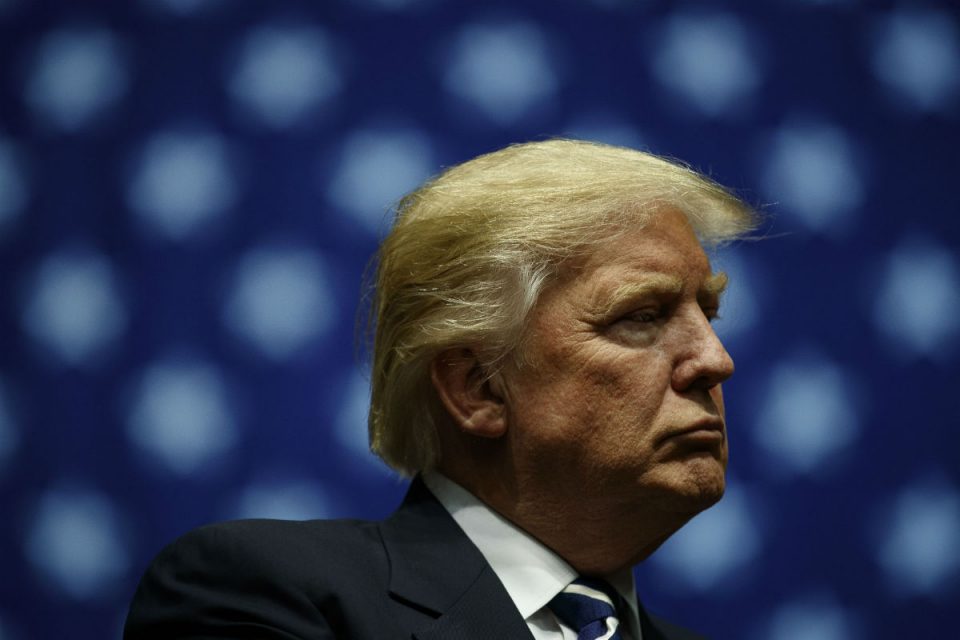 The CIA has it out for Donald Trump.

Under Obama’s rogue gallery of criminal conspirators, the CIA played a leading role in trying to frame Donald Trump for colluding with the Russians during the 2016 election.

But one horrible truth shows the CIA’s work to ruin Trump goes back even farther than anyone thought.

Much of the media attention right now is focused on Michael Cohen’s confession that negotiations for a Trump Tower in Moscow ended in June 2016 as opposed to January 2016.

At the end of the day, it was still a failed deal and Trump truthfully said he never had any business deals in Russia.

But Cohen admitted to lying to Congress about when talks stopped.

That led many fake news reporters to beat the drum that if all of these Trump associates’ contacts with Russians were so innocent, why did they lie about them?

However, that is not the real question.

The one thing everyone should be asking is how these Russians entered into the orbit of Trump world figures like Michael Cohen.

And the terrifying truth is that they appear to be a false flag operation run by the CIA.

Felix Sater is a central – but lower profile character in this episode.

Sater is a real estate developer – who was convicted of financial crimes in his 20s due to his part in Mafia connected “pump and dump” stock schemes.

He entered Trump’s orbit during a failed 2005 real estate deal and continued a relationship with the Trump family moving forward.

But that is just scratching the surface of Sater’s biography.

The real truth is that Sater worked as a CIA asset for nearly 20 years.

He’s a Deep State operative through and though.

In a statement provided to the House Intelligence Committee before his testimony last December, Sater described his work on behalf of the CIA:

I also provided extensive assistance in preventing attacks on U.S Financial Institutions and U.S. Financial Systems, which was entirely unrelated to any of the Wall Street activities alleged in my mid-1990’s case. I also provided significant intelligence with respect to nuclear weapons in North Korea, a country openly hostile to the United States. This is just a partial and generalized description of the massive amount of assistance I provided over two decades in defense of our country.

With all that now out in the open, Americans are beginning to raise questions about Sater’s role in the Trump Tower Moscow project.

Sater told Buzzfeed news that he pitched the idea of the hotel to Cohen back in 2015 when Trump first began to gain steam in the Presidential contest.

“I figured, he’s in the news, his name is generating a lot of good press,” Sater told the left-wing Buzzfeed. “A lot of Russians weren’t willing to pay a premium licensing fee to put Donald’s name on their building. Now maybe they would be.”

Sater had known Cohen since the two were teenagers in Brooklyn and Sater arranged a September 2015 meeting with Cohen to discuss the project.

After the meeting, Sater emailed Cohen “I will get Putin on this program and we will get Donald elected,” he continued, “Buddy our boy can become President of the USA and we can engineer it. I will get all of Putin’s [sic] team to buy in on this.”

All of this looks suspicious.

Or was he working on behalf of the Deep State to establish a “trail” of connections between Trump world figures and Russians.

These meetings and connections provided the pretext for the FBI to spy on Trump under the guise of investigating possible collusion.

And now they form the basis for a cloud lingering over Trump’s Presidency about “suspicious” contacts with Russians.

As Americans examine the facts, more and more people are coming to the conclusion that all these meetings were staged to create the appearance of collusion to frame innocent people.

This would not be the first set up.

The FBI claims they kicked off the collusion investigation after they got word that a Maltese professor who bragged of his Russian contacts told Trump campaign aide George Papadopoulos that Moscow had dirt on Hillary.

But once again, not everything was as it seems.

The professor – Joseph Mifsud – has no known ties to Russia.

In fact, all the available evidence points to Mifsud possessing a relationship with western intelligence services.

Many Americans are wondering if these meetings were nothing more than a coordinated intelligence community plot to lay Trump-Russia breadcrumbs so the FBI could move to investigate and jail Trump and his supporters.