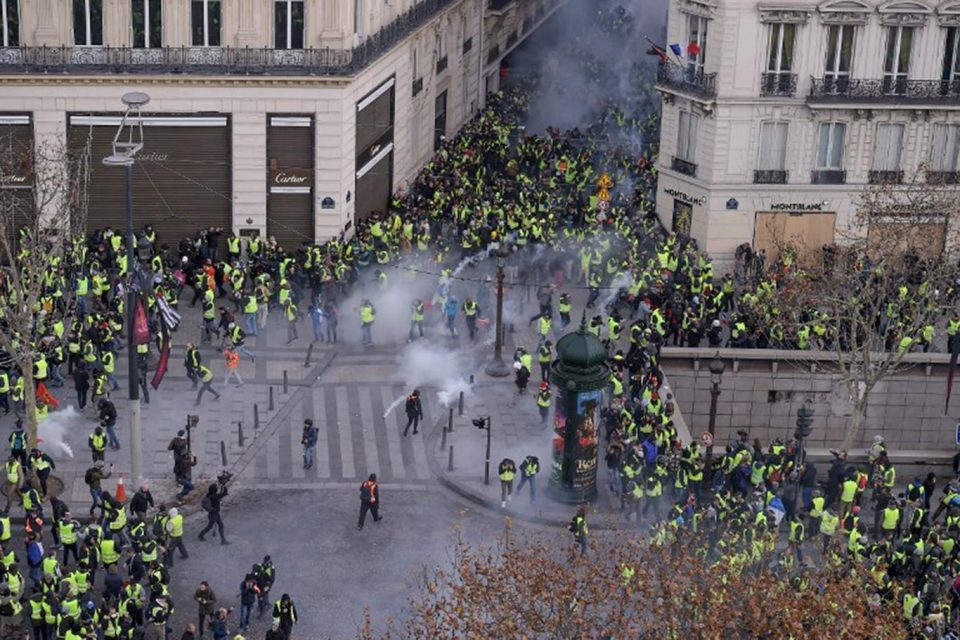 The cabal of elites trying to unseat Donald Trump and his allies just made their most stunning move.

One of Barack Obama’s top cronies was in massive trouble.

And these Deep State power brokers just ordered a private army into this major city to bail him out.

Citizens in European countries – just like in America – began to rebel against the globalists’ open borders policies and conservative parties made massive gains in parliamentary elections across the continent.

French President Emmanuel Macron – who ran as a pro-business “technocrat” – promised to defend the liberal world order from the nationalist revolutions rising up across Europe.

Barack Obama– who is still seething over the American people rejecting his agenda by electing Donald Trump – endorsed Macron in his race against a nationalist candidate who promised to close France’s borders and pull the country out of the European Union.

“I have admired the campaign that Emmanuel Macron has run,” Obama stated. “He has stood up for liberal values, he put forward a vision for the important role that France plays in Europe and around the world. And he is committed to a better future for the French people. He appeals to people’s hopes and not their fears.”

“I’m not planning to get involved in many elections now that I don’t have to run for office again, but the French election is very important to the future of France and to the values that we care so much about,” Obama continued.

“Because of how important this election is, I also want you to know that I am supporting Emmanuel Macron to lead you forward,” the former President concluded.

Macron won the election and immediately began implementing the new world order agenda of policies to fight so-called “climate change” that would allow the government to enslave their citizens through oppressive taxes and regulations.

But then a funny thing happened.

The French people summoned their national pride and rebelled against an agenda pushed by the United Nations and foreign central banks.

The “Yellow Vest” protests took off and Macron was thrown back on his heels.

Things got so bad he had to call out 90,000 police officers – which put France in a state of virtual martial law – to crack skulls and jail French citizens standing up for their national dignity and sovereignty.

The streets of Paris continued to burn as Macron’s goon squad failed to turn back the French patriots standing up for the right to control their own national destiny.

So Macron’s globalist puppet masters called in the big guns.

I don’t think people realise how profoundly concerning this is: it isn’t just the symbolism; it’s the EU contra the #GiletsJeunes #YellowJackets #YellowVests; the European Union against the French people. ‘Those who cannot remember the past are condemned to repeat it.’ https://t.co/biJ6Tc05rU

No one could believe their eyes.

Macron was the first world leader in anyone’s memory to call in a private army to declare on his own citizens.

The French President earned praise in foreign capital and in the fake news media for lecturing Donald Trump about patriotism being the opposite of nationalism.

Macron proved that he lived that anti-human creed when he summoned the globalist war machine to stomp on his own people.

California Is Doing A Shocking Trial Run On Compelled Speech