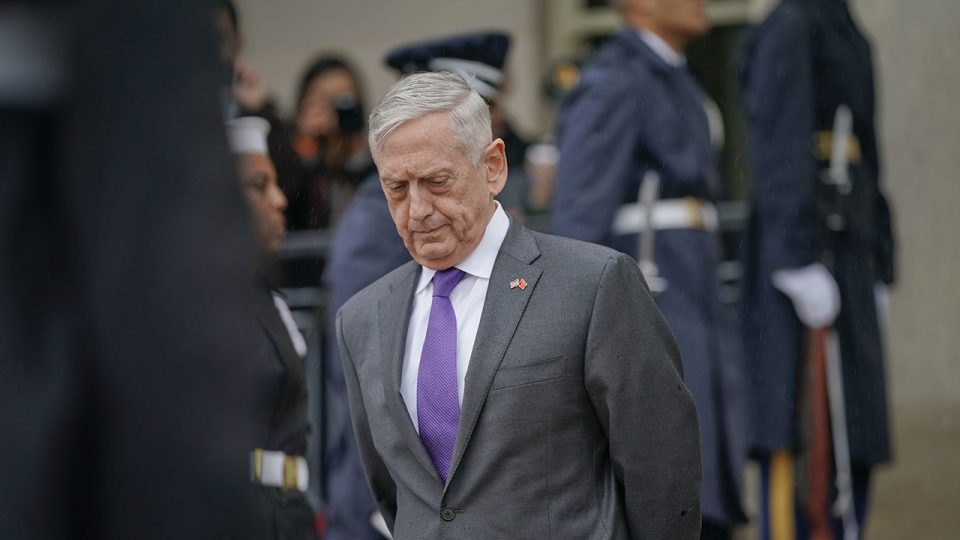 The fake news media claimed this was the “functional end” of Trump’s Presidency.

But it turns out Mattis was hiding something from Trump that will make your blood boil.

When Trump ran for President, he campaigned on an America First foreign policy.

Trump opposed the endless wars favored by the D.C. swamp and pledged to bring America’s troops home so they could receive the honors they so richly deserved.

The President made good on his word when he tweeted out that he was withdrawing all 2,000 American troops from Syria.

Trump followed up that move by keeping his promise to end the war in Afghanistan.

Word leaked out that the President planned to withdraw half of the 14,000 American troops fighting the 17-year war in Afghanistan.

But globalist supporters of endless wars like Mattis lost their minds.

Mattis resigned and attacked the President in his resignation letter.

The outgoing Secretary of Defense ripped Trump for not bowing before one world government institutions like NATO and the United Nations.

“My views on treating allies with respect and also being clear-eyed about both malign actors and strategic competitors are strongly held and informed by over four decades of immersion in these issues. We must do everything possible to advance an international order that is most conducive to our security, prosperity, and values, and we are strengthened in this effort by the solidarity of our alliances,” Mattis wrote.

But Mattis protesting his Commander-in-Chief’s decision to put American interests over those of the new world order was not the first time the two butted heads.

For two years, Mattis secretly worked to stop or slow down a number of Trump policy initiatives.

The first instance came when Trump tweeted that he was ending Obama’s policy of allowing transsexuals to serve in the military.

Instead of following orders, Mattis slow walked back Trump’s decision to end liberal social engineering in the military.

The Secretary of Defense hemmed and hawed for months on the decision.

It was the first piece of evidence that Mattis may have been a Deep State plant.

Mattis rejected Homeland Security’s request that the 5,000 troops the President ordered to the Southern border be permitted to help Customs and Border Patrol with law enforcement activities.

The Secretary of Defense wouldn’t even permit the soldiers to carry weapons.

America also ended up with 14,000 troops stationed in Afghanistan because in the early months of the Trump administration – before Trump realized he was secretly trying to undermine his policies – Mattis won a power struggle to stop Trump from pulling all American troops home.

Finally, Mattis threw all his might into stopping the President from ending Barack Obama’s disastrous Paris Global Warming accords and Iranian nuclear agreement.

These moves led many Trump supporters to wonder if Mattis was working for Trump or Obama’s Deep State.

On issue, after issue, Mattis sided with the globalists and the Obama agenda over his own Commander-in-Chief.

When Mattis quit, the fake news media freaked out.

But Trump supporters cheered the move because it meant the President would finally have a Secretary of Defense who wasn’t double-dealing on behalf of Barack Obama.