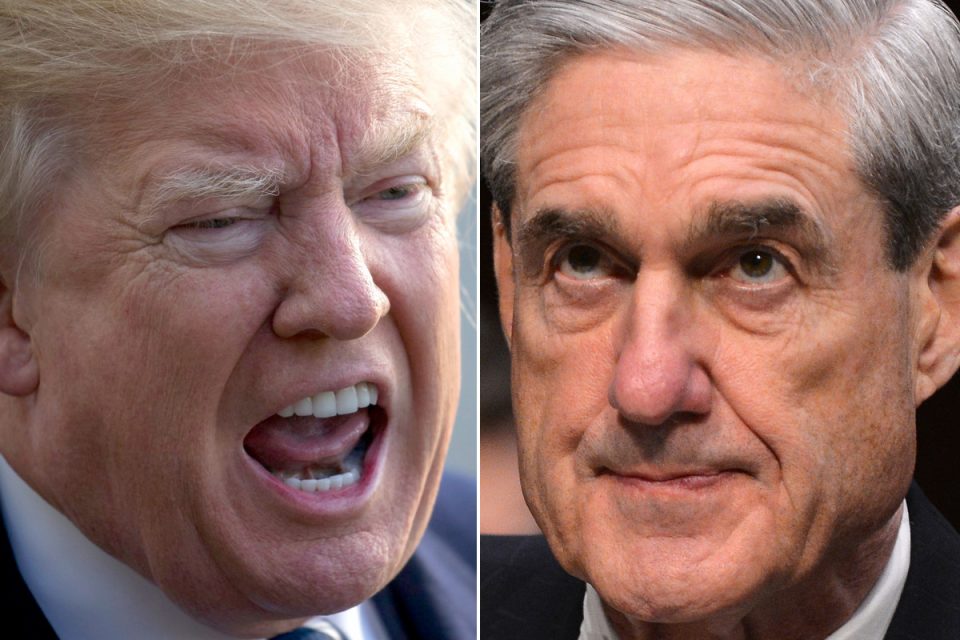 Everyone in Washington is turning their focus to what Mueller’s findings mean for Donald Trump’s re-election campaign.

But one leak revealed Mueller has a nasty trick up his sleeve that could guarantee Trump loses in 2020.

Mueller’s investigation is nothing short of a criminal coup against the American people and our republic itself.

Deep State operative deputy attorney general Rod Rosenstein tasked Mueller with conjuring up the grounds to overturn the results of the 2016 Presidential election.

That pretext of this political assassination began with the Russian collusion hoax.

Fast forward 17 months and Mueller is preparing to submit his final report to the Department of Justice.

NBC news is reporting Mueller is looking at mid-February as the goal to turn in his report.

Trump supporters raised their eyebrows at this news.

Trump is scheduled to deliver the State of the Union around this time.

The State of the Union is traditionally when the President builds political momentum for the coming year by reeling off a list of achievements from the previous year and laying out a domestic and foreign policy agenda.

Presidents traditionally receive a boost in the polls as Americans react positively to what they hear in the speech.

Mueller is planning to blunt Trump’s momentum by dropping his stink bomb of a report right after the President’s big moment.

Instead of the coverage focusing on Trump’s 2019 agenda, the fake news will gravitate towards Mueller’s innuendo that Trump is some sort of “treasonous criminal.”

Trump supporters also suspect that if Trump planned to deliver the State of the Union in mid-January that is when Mueller would release his report.

The special counsel will pick and choose his moment to release the report based on when it will inflict maximum political damage on Trump.

Trump could use the 2019 State of the Union to compare his Make America Great Again agenda to those of the dozens of Democrats running for President on a socialist, anti-American policy platform.

Mueller plans to deprive him of that political oxygen.

Instead, he fully intends to do his part to make sure Trump’s 2019 gets off on the wrong foot.

2019 is the third year of Trump’s Presidency.

The third year is a pivotal year for any first term President.

It’s the final chance for the President to rack up legislative achievements before the re-election campaign paralyzes Washington.

Given the Democrat Party’s base hatred of Donald Trump, he has even less time than normal to score political victories.

Mueller intends to tie Congress up in knots with a phony report that fabricates allegations of Russian collusion and obstruction of justice.

Instead of running for re-election on the strength of his historic accomplishments, Trump will have to fend off Mueller’s attempts to frame him for crimes he didn’t commit as he tries to steady his political footing ahead of his 2020 re-election campaign.

The FBI’s Neck Deep In This Awful Anti-Trump Scandal