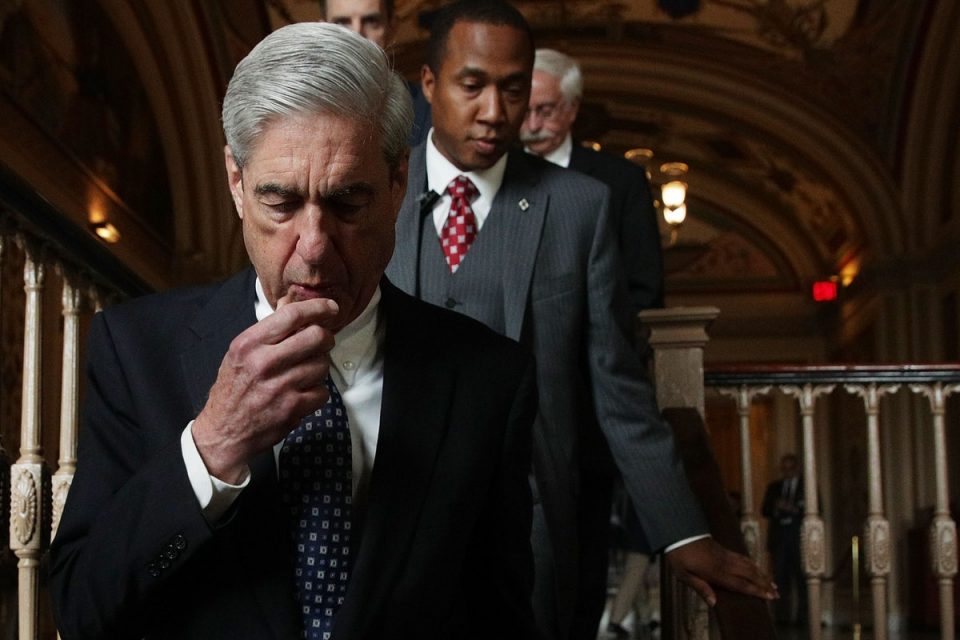 Special counsel Robert Mueller has every advantage in the world.

Mueller has access to unlimited staff, budget and time.

And now he just found the most unlikely ally to side with him in his bid to remove Donald Trump from office.

One of the big questions surrounding the Mueller probe is, does he have the Constitutional authority to act as essentially an unchecked fourth branch of government?

But these decisions were all handed down by lower courts.

The Supreme Court has yet to weigh in and deliver a definitive answer.

That may be about to change.

And it has every Trump supporter nervous.

For weeks, the fake news media engaged in a parlor game of trying to guess the identity of a mystery defendant challenging one of Mueller’s subpoenas.

Journalists worked themselves into a tizzy believing Mueller subpoenaed Donald Trump and this was the legal battle to end all legal battles.

Anti-Trump forces drooled over the fantasy of Mueller hauling Trump off in front of the grand jury and catching him in a perjury trap.

They believed that would leave Congress no choice but to impeach and convict the President, which would result in Trump leaving office in disgrace.

These hopes were dashed when the truth was revealed.

A company connected to a foreign government was the actual defendant.

Then something unbelievable happened.

Chief Justice John Roberts stepped in before Christmas and put a stay on the penalties.

He gave Mueller until New Year’s Eve to respond.

This teed up a Supreme Court battle over the limits of Mueller’s authority.

Some pundits believe this ruling showed Roberts was skeptical of Mueller’s belief in unlimited power.

Chief Justice John Roberts has a history of stabbing conservatives and Donald Trump in the back.

The Chief Justice is best known for changing his mind about the constitutionality of the individual mandate and changing his vote from striking down Obamacare to upholding the mandate on the flimsy reasoning that it fell under Congresses authority to levy taxes.

First, when Trump criticized an Obama appointee for blocking Trump’s plan to change asylum rules to make it easier for the U.S. government to block the migrant caravan invasion, Roberts erupted in public.

The Chief Justice absurdly claimed that there was no such thing as an “Obama justice.”

Roberts’ comment flies in the face of everything Americans see with their own eyes about how the legal system operates.

When Democrats want to challenge one of Trump’s attempts to roll back Barack Obama’s anti-American legacy or enact any part of his Make America Great Again agenda, liberal activists rush to file suit in the Ninth Circuit or D.C. Circuit Court of Appeals.

That’s because they know both benches are stocked with Obama appointees that will hand down favorable rulings.

Trump supporters look side eyed at Roberts stepping in to the Mueller case.

They know that rather than restrict Mueller to the confines of what is allowed under the Constitution’s separation of powers, Trump supporters have a sinking feeling in the pit of their stomach that Roberts will side with the court’s four liberals to affirm the special counsel’s god-like status.