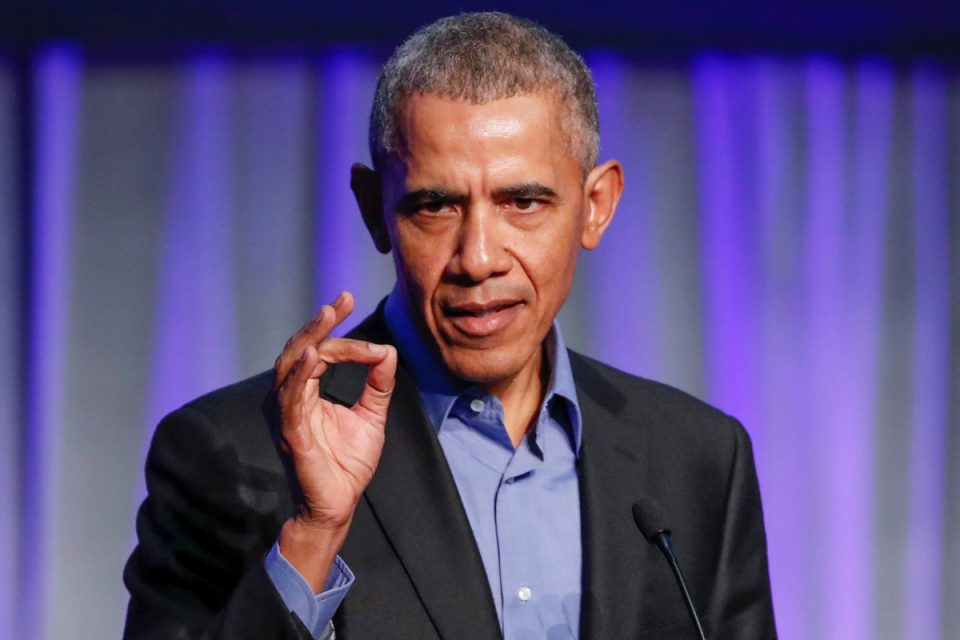 The criminal conspiracy against Donald Trump originated in the Obama administration.

Barack Obama and his Deep State henchmen manipulated intelligence agencies and the FBI to try and frame then-candidate Trump for so-called “collusion” with the Russians.

But now Trump can turn the tables on Barack Obama and the CIA with one stunning move.

The fake news Christopher Steele dossier rests at the heart of the Obama administration’s Stalinist scheme to leverage the nation’s intelligence community to destroy their political opponents.

And former CIA Director John Brennan played a starring role in trying to inject the dossier in the bloodstream of the 2016 political campaign.

It was Brennan that briefed then Senator Minority Leader Harry Reid on the dossier and its phony allegations that Russian intelligence compromised candidate Donald Trump.

Reid tried to leak the dossier to the media, but no one bit.

Even at the height of the media’s anti-Trump hysteria, no responsible outlet would print the dossier’s allegations because they were too ridiculous to substantiate.

And then the Deep State’s worst nightmare came true.

Obama and his Deep State allies figured they would get away with this crime against the American people because Hillary Clinton would win the election and she could cover their tracks.

But when Trump won, it meant the GOP held on to Congress and Trump would have access to everything the Obama administration, the FBI and the CIA were up to in the2016 presidential election.

Americans have since learned horrifying details.

FBI bigwigs also used the dossier as the pretext for trying to overthrow Trump with a counterintelligence investigation after Trump lawfully fired James Comey as FBI Director.

But there is one big mystery yet to be solved.

How did four intelligence agencies come to the conclusion that the Russians allegedly meddled in the 2016 election to help Trump?

And Nunes also believes Brennan lied about it under oath.

Paul Sperry exclusively reported on RealClear Investigations, “Months later in public testimony, however, Brennan said the dossier and its sources were not credible enough to incorporate the information in a separate January 2017 intelligence report on Russian election interference publicly released by the administration. The published unclassified version of the report nonetheless echoes the dossier’s central assertion that Moscow meddled in the election to help Trump.

Brennan later swore the dossier did not “in any way” factor into the CIA’s assessment that Russia interfered in the election to help Trump. However, congressional investigators suggest a still-classified version of the January 2017 intelligence report contradicts his claim. Also in his May 2017 testimony, Brennan swore he had no idea who commissioned the dossier.”

As more and more layers get peeled off this onion, one thing is crystal clear.

The Obama administration used a fake dossier to try and rig a presidential election.

And when Donald Trump won, they lied about their actions in order to throw Republicans off their scent.

Millions of Americans believe there does need to be a special counsel in this case.

They also contend that high ranking officials need to go to jail.

But the perpetrators that need to be investigated and frog-walked off to prison do not work for Donald Trump.

They are Barack Obama and his lackeys.

So Republicans are holding out hope that Trump’s new Attorney General will order a second special counsel – but this time appoint an honest prosecutor – so the American people can finally have closure and accountability on the biggest political scandal in the nation’s history.