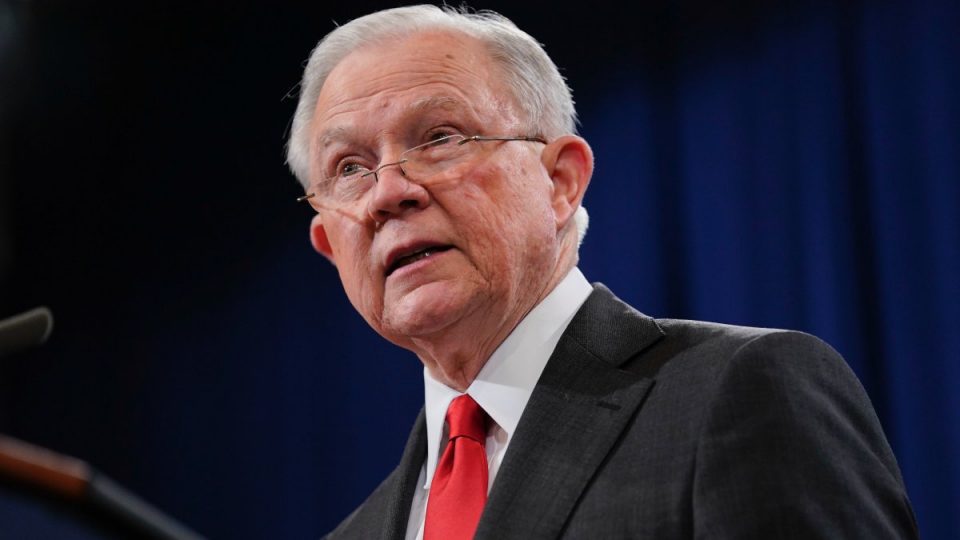 His worst betrayals are about to be exposed.

And Donald Trump will be livid when he finds out how Sessions colluded with the Deep State.

When Sessions stepped down as Attorney General after the midterm elections, Trump supporters breathed a sigh of relief.

Sessions rolled over for the Deep State during his time running the Justice Department.

Clinton and Obama allies skated with no jail time for obvious criminal behavior.

While at the same time, Robert Mueller terrorized Trump allies with jail time for process crimes as he schemed to frame the President.

But now that the Senate is about to confirm William Barr – Trump’s nominee to replace Sessions as Attorney General – there is renewed optimism that the worst abuses perpetrated by Obama’s Deep State are about to come to light.

And here are three scandals that Sessions covered up that new leadership at the Department of Justice can bring transparency and accountability to.

His column – which was published before the Christopher Steele dossier was leaked to Buzzfeed and CNN – implied that incoming National Security advisor Michael Flynn told the Russians not to react to Obama administration sanctions over alleged election meddling because the Trump administration owed Moscow one and would ease the sanctions once they took power.

Leaking the name of an American citizen picked up on a wiretap with a foreign national is a felony punishable up to ten years in prison.

Flynn committed no crime speaking to the Russian ambassador.

In fact, as incoming National Security Advisor, he would have been derelict not to speak to an official considered his peer about a point of contention between Russia and the United States.

But instead, Flynn was fired for not telling the truth to the Vice President and the only person who committed a crime in the entire ordeal – the operative that leaked Flynn’s name to Ignatius – walks free.

The Deep State’s greatest crime against the President was when the FBI opened a counterintelligence investigation into the President after he fired James Comey.

FBI leadership – with Jeff Sessions’ knowledge and blessing – invented a hoax that Trump firing Comey for incompetence and insubordination – meant that the President was taking orders from Vladimir Putin.

Barr can encourage Trump to declassify every document from this debacle.

The American people deserve to know which traitors in the FBI and DOJ schemed to frame the President.

Given that Trump is still President, it is safe to assume the FBI found nothing they could use to fabricate evidence “proving” Trump was a Russian agent.

If any of these seditious actors are still working in government, the American people deserve to know so these mutineers can be fired, arrested and jailed.

James Comey and his henchmen abused the FISA warrant process.

They lied to a judge about the origin of the Steele dossier when they used it as a basis to spy on former Trump campaign aide Carter Page.

Comey and his criminal cabal also targeted Page for being a Russian spy even though in 2013 Page worked with the FBI to bust a Russian spy ring in New York.

The FBI used fake news to illegally obtain a warrant to spy on Page and then smeared his reputation in the press with selective leaks to paint the picture that the bumbling Page was secretly a master spy carrying out the most successful espionage operations in American history.

The Russian investigation is tearing apart the fabric of America.

Deep State agents colluded with fake news reporters to poison the well for Trump’s Presidency with illegal leaks and spying in order to create the false impression Trump and his campaign were really Russian assets.

The toxic nature of American political discourse all flows from the left’s bitterness over losing the 2016 election.

Only complete transparency that identifies all the conspirators and bad actors within the FBI will begin the healing process this country desperately needs.