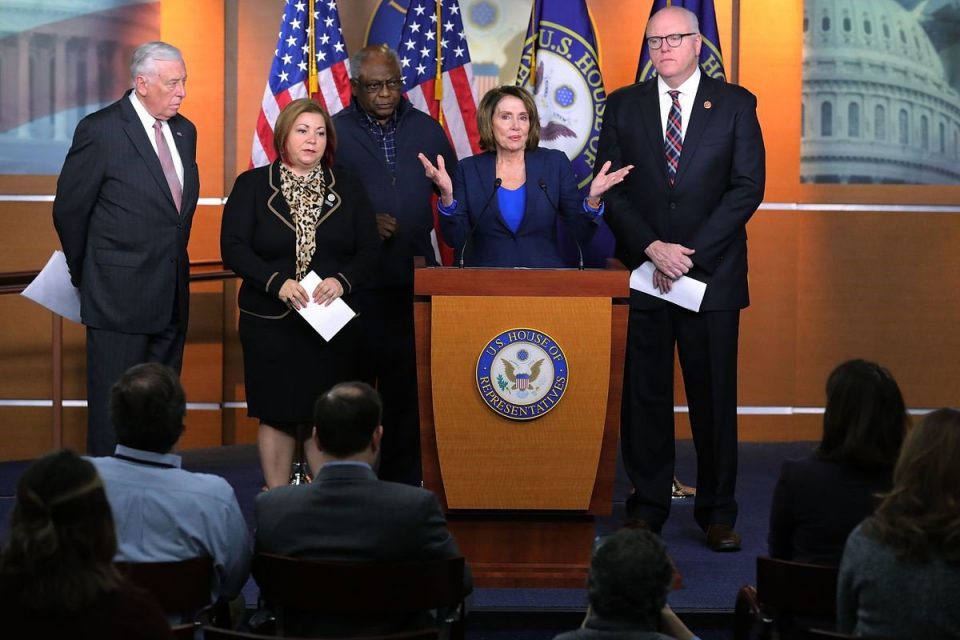 Nancy Pelosi is committed to getting rid of Donald Trump.

And the Speaker of the House is willing to use any means necessary to drive the President from office.

During the 35-day government shutdown, Democrats proved one horrible truth.

The government Donald Trump runs is not loyal to him.

Government union bosses colluded with Democrats to organize “sick outs” to keep their members home in order to create chaos and force Trump to end the shutdown.

For example, 14,000 IRS agents pledged allegiance to the Democrat Party cause and refused to show up for work even though it was widely known they would receive back pay for any missed paychecks.

When the threat of the IRS not processing income tax refunds on time did not end the shutdown, Democrats reached deep into their bag of tricks to inflict as much pain as possible on the American people in order to ratchet up the pressure on Trump.

Their last resort was an air traffic controller strike.

Democrats knew that any delay in flights would cause panic and outrage among the American people.

“Almost a million workers are locked out or being forced to work without pay. Others are going to work when our workspace is increasingly unsafe. What is the Labor Movement waiting for?

Go back with the Fierce Urgency of NOW to talk with your Locals and International unions about all workers joining together – To End this Shutdown with a General Strike.

We can do this. Together. Si se puede. Every gender, race, culture, and creed. The American Labor Movement. We have the power.”

While flight attendants didn’t walk off the job, other government union bosses succeeded in twisting enough arms to have their members stay home to try and end the shutdown.

This was clearly a coordinated act of sabotage against Donald Trump.

Once President Trump announced he agreed to a deal to reopen the government for three weeks, the flight delays vanished.

This was clearly a coordinated attack on the President of the United States by the government employees that supposedly work on behalf of his administration to serve the American people.

Instead of performing their duties, they went on strike to advance the Democrat Party’s political agenda.

And during the shutdown, that meant forcing Trump to accept a deal with no wall funding.

Democrats believe making Trump look like a failure in his signature campaign promise will depress his base and lead to a Democrat rout in 2020.

And they are willing to use government workers as agents of chaos against the American people to achieve that goal.