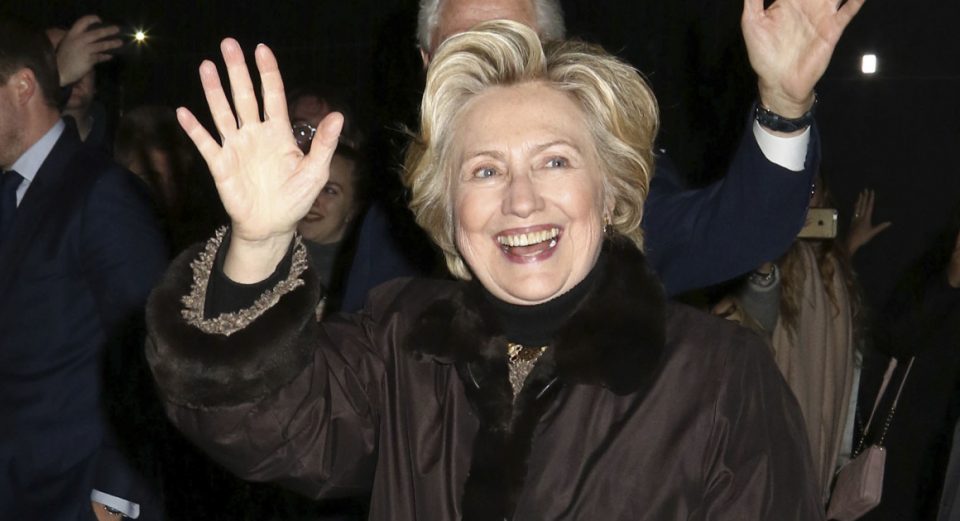 Hillary Clinton’s criminal conduct during the 2016 election was obvious for all to see.

Then FBI Director James Comey shielded her from facing criminal charges because he favored her in the election.

But thanks to this confession Hillary Clinton’s worst crime was just exposed.

Nellie Ohr is a figure of great controversy in the growing scandal surrounding the Obama administration and Clinton campaign using fake news to try and frame Donald Trump for Russian collusion.

Ohr worked for Fusion GPS on digging up dirt on Donald Trump and the Christopher Steele dossier.

She was also married to Bruce Ohr – a high-ranking Justice Department official who met with Steele in 2016 and passed the ex-British spy’s findings on to the FBI.

Bruce Ohr was a key conduit.

Ohr told Congress a prominent Ukrainian politician was a source for Steele.

Nellie Ohr, a former contractor for the Washington, D.C.-based Fusion GPS, testified on Oct. 19 that Serhiy Leshchenko, a former investigative journalist turned Ukrainian lawmaker, was a source for Fusion GPS during the 2016 campaign.

“I recall … they were mentioning someone named Serhiy Leshchenko, a Ukrainian,” Ohr said when asked who Fusion GPS’s sources were, according to portions of Ohr’s testimony confirmed by The Daily Caller News Foundation.

This bombshell proves there was a scandal involving a campaign colluding with a foreign government to rig the 2016 election.

But it did not involve Donald Trump.

Hillary Clinton was the guilty party.

Her campaign laundered money through the law firm of Perkins Coie so the firm could hire Fusion GPS and not have to disclose the transaction on campaign finance reports.

Fusion GPS used the Clinton campaign money to pay off a foreign spy to collaborate with foreign government officials to plant false information about Donald Trump colluding with the Russians in the political bloodstream.

This is the dictionary definition of colluding with a foreign power to meddle in the U.S. election.

If anyone should be on the wrong end of a special counsel investigation it should be the Clinton campaign and the Obama administration.

They criminally conspired to make use of misinformation from foreign sources to deceive the American voting public.

And despite the protestations from the left, the Democrats tried to leak the Steele dossier findings to the media during the election.

Obama CIA Director John Brennan briefed Harry Reid on the dossier so he would in turn pass the smears along to friendly, anti-Trump reporters.

The plan was foiled because reporters were chasing other shiny objects.

They believed the Access Hollywood tape would sink Trump so they ignored Reid’s misinformation to run stories with hoax allegations of sexual misconduct against Donald Trump.

It was only after Trump won that the collusion narrative picked up steam.

However, that story continues to fall apart.

But what is staring Americans right in the face is the reality that it was the Democrats that were guilty of colluding with foreign powers to run influence operations to try and rig the 2016 election.