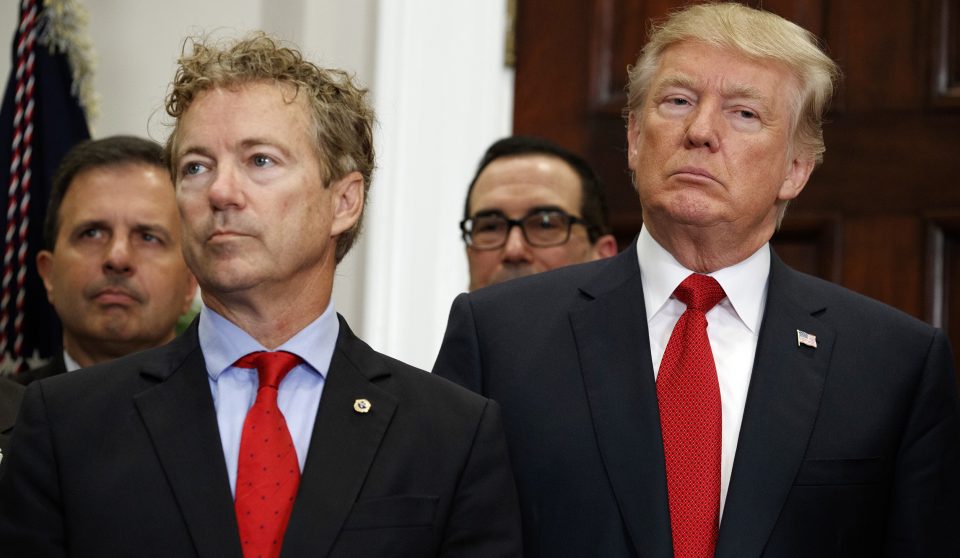 Obama’s loyalists are squirming now that their criminal conduct is under a microscope.

That’s because Rand Paul made the one announcement that could land these Deep State agents behind bars.

They charge Trump associates for making false statements even when the FBI agents interviewing them believe they are telling the truth.

Mueller also brought lying to Congress charges against Roger Stone even though the foundation of the case was shaky.

Stone testified that he had one intermediary with WikiLeaks – New York City radio host Randy Credico.

Credico received information about the group’s plans from one of their lawyers who he was friendly with.

But Mueller claimed that because Stone also was in contact with conservative journalist Jerome Corsi that he also counts as an intermediary.

Mueller brought this charge despite the fact that Corsi was never in contact with WikiLeaks and had no inside source for information.

Paul pointed out that Obama loyalists like former Director of National Intelligence James Clapper blatantly lied to Congress and faced no jail time.

Clapper denied that the U.S. government was spying on all Americans’ electronic communications without a warrant.

This was a blatant lie.

“Justice is supposed to be blind. Why is it that an admitted liar like James Clapper perjured himself to Congress and got off scot-free? But if you’re somehow associated with @realDonaldTrump, then they will pursue you relentlessly? This shouldn’t be a one-way street!” Paul began. “The Senate should investigate FBI methods and selective prosecution of Trump officials. TIME FOR HEARINGS!”

Public exposure could lead to demands from the American people that new Trump Attorney General William Barr appoint a special counsel to investigate the FBI for their conduct in the Russia probe.

But will Barr heed those calls?

Barr admittedly is one of Robert Mueller’s closest friends.

And he made several comments in his confirmation hearings that led Trump supporters to question his loyalty to the President.

Some Trump supporters believe Barr is a Deep State sleeper agent just like Jeff Sessions was.

Barr’s allies in the Republican Party hid his true nature from the President and claimed he would be easily confirmed because of his long-standing relationships in Washington.

Many grassroots conservatives fear Barr is nothing more than a wolf in sheep’s clothing.

But if Senate Majority Leader Mitch McConnell gives the OK for hearings it could generate a tidal wave of public outrage that not even a Deep State sympathizer like Barr can ignore.

Would you like to see hearings on the FBI’s misconduct in the Russia investigation?

Let us know your thoughts in the comment section below.