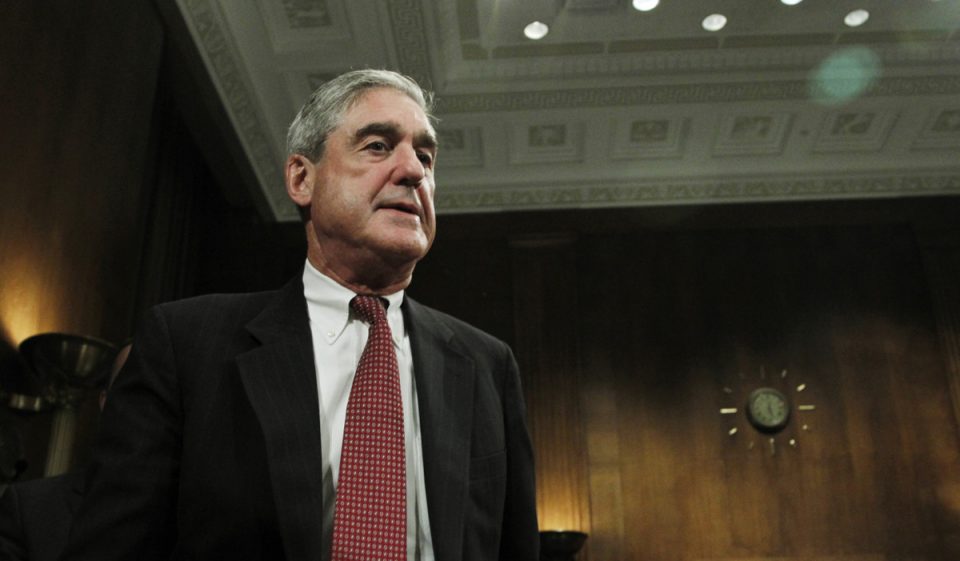 And he is putting all his cards on the table.

That’s why he just told a federal judge about this secret plan to impeach Donald Trump.

Robert Mueller and his gang of 17 angry Democrats are frantically trying to conjure up evidence they can use to frame Donald Trump and his campaign for colluding with the Russians.

Every avenue they pursued quickly turned into a dead end.

So they are playing their last card.

That became clear in a heavily redacted court filing in a hearing over Paul Manafort’s sentencing.

The special counsel’s office claims that this meeting is at the heart of an international conspiracy where the Russians and the Trump campaign came to an understanding regarding the Russians aiding Trump in return for policy favors.

“This goes to the larger view of what we think is going on, and what we think is the motive here,” the transcript of the hearing shows Mr. Weissmann telling Judge Amy Brennan Jackson. “This goes, I think, very much to the heart of what the special counsel’s office is investigating.”

Mueller believes at this meeting Kilimnik proposed a peace plan to settle the dispute over Russia’s 2014 incursion into Ukraine that would resolve the dispute favorably to Russia and a future President Trump would lift the accompanying economic sanctions against Russia.

In exchange for this, Russia would assist the Trump campaign in defeating Hillary Clinton.

They were getting worried that Mueller’s report would be a letdown and that he would find no evidence of Russian collusion.

But there is another explanation for Manafort’s meeting with Kilimnik.

Manafort passed the polling data along to impress former Russian business associates that hired him to do consulting work on behalf of a pro-Russian political party in Ukraine.

They owed Manafort money and Manafort showing them polling data could have been his way to impress them with the stature of his current position as Trump campaign chairman so they would pay him what he was owed.

CBS News reports on an exclusive interview with Burr:

Burr did not use the word then and would not now. Manafort, he said, “shared polling data with a former partner of an effort to do campaign services in the Ukraine.” It was a “stretch,” Burr said, to call that collusion.

The meeting between Manafort and Kilimnik is another rabbit hole Mueller is chasing down.

It shows his investigation has descended into farce and long ago past its expiration date.

If Mueller was the man of integrity his cheerleaders claim then he should issue a report that clears Donald Trump and his campaign of Russian collusion so some of the divisions in this country that arose from the 2016 election can begin to heal.