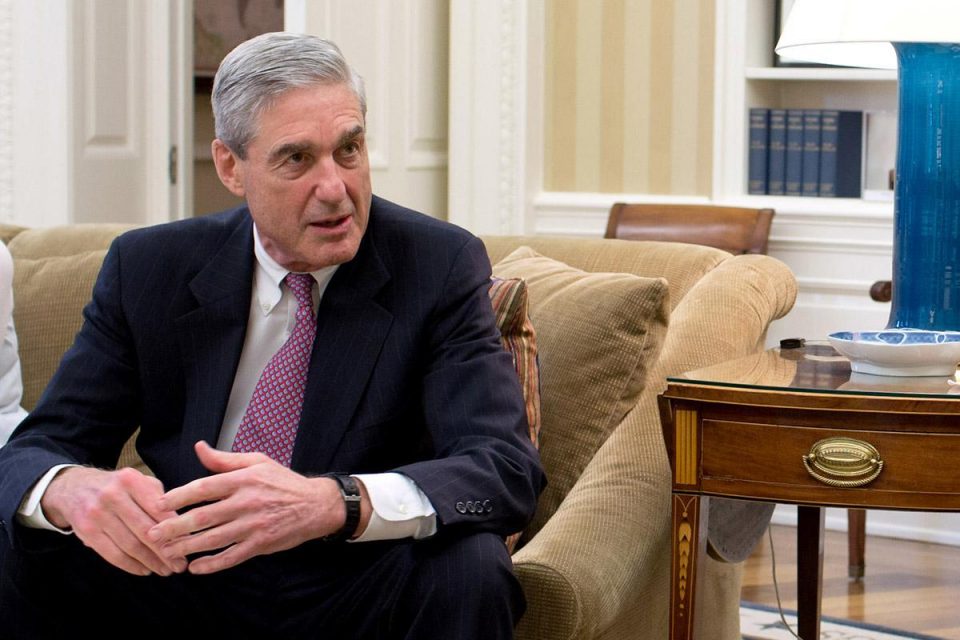 Robert Mueller is neck deep in the biggest case of his life.

The corrupt special prosecutor is counting on this conviction to put him on the doorstep of impeaching Donald Trump.

But Mueller could not believe how one judge just ruled in the case.

The case is being heard by Judge Amy Berman Jackson – the same judge that locked up Paul Manafort.

Prosecutors in high profile cases often try to seek a gag order to prevent the defendant and their lawyers from defending themselves in the media.

Stone – who is a constant cable TV presence is a skilled communicator so Mueller wanted to close off this avenue of his defense.

But Judge Berman Jackson did not rule in Mueller’s favor.

She allowed Stone to comment on the case as long as he did not do so on the courthouse steps or sidewalk.

Judge Berman Jackson wrote, “all interested participants in the matter, including the parties, any potential witnesses, and counsel for the parties and the witnesses, must refrain, when they are entering or exiting the courthouse, or they are within the immediate vicinity of the courthouse, from making statements to the media or to the public that pose a substantial likelihood of material prejudice to this case or are intended to influence any juror, potential juror, judge, witness or court officer or interfere with the administration of justice.”

But she reserved the right to institute a full gag order.

She also wrote, “There will be no additional restrictions imposed on the defendant’s public statements or appearances at this time, although this order may be amended in the future consistent with Local Criminal Rule 57.7(c) if necessary.”

Many observers thought Judge Berman Jackson – who was appointed to the bench by Barack Obama – was laying a trap for Stone.

The Judge hauled Stone in to court to explain a social media post that had a group’s logo – which happened to resemble crosshairs – by her head.

Stone included the image with an Instagram post that read, “Through legal trickery Deep State hitman Robert Mueller has guaranteed that my upcoming show trial is before Judge Amy Berman Jackson, an Obama appointed Judge who dismissed the Benghazi charges again Hillary Clinton and incarcerated Paul Manafort prior to his conviction for any crime. #fixisin. Help me fight for my life at @StoneDefenseFund.com.”

Stone quickly apologized writing in a court filing, “Please inform the Court that the photograph and comment today was improper and should not have been posted. I had no intention of disrespecting the Court and humbly apologize to the court for the transgression.”

Stone later clarified why he took the post down writing, “A photo of Judge Jackson posted on my Instagram has been misrepresented. This was a random photo taken from the internet. Any inference that this was meant to somehow threaten the Judge or disrespect court is categorically false.”

The prosecution of Roger Stone is a political case as much as a criminal one.

It could play a major role in the Democrats bringing articles of impeachment.

As such, this case will be tried in the court of public opinion as well as Judge Berman Jackson’s courtroom.

Silencing the defense means the prosecution is allowed to selectively leak information about the case to friendly media outlets in order to paint Stone and President Trump as guilty as sin.

But while the prosecution is filling the newspapers and cable TV shows with carefully framed negative information, Stone is barred from correcting these false stories.

An example of why this is so important was when Mueller filed in court that he had evidence Stone communicated with WikiLeaks.

The press took this as new information and ran wild with speculation that Mueller was closing in on impeaching Trump.

But Stone corrected the record.

He pointed out that all Mueller had was Twitter direct messages with WikiLeaks that Stone had made public when he testified before Congress over one year ago.