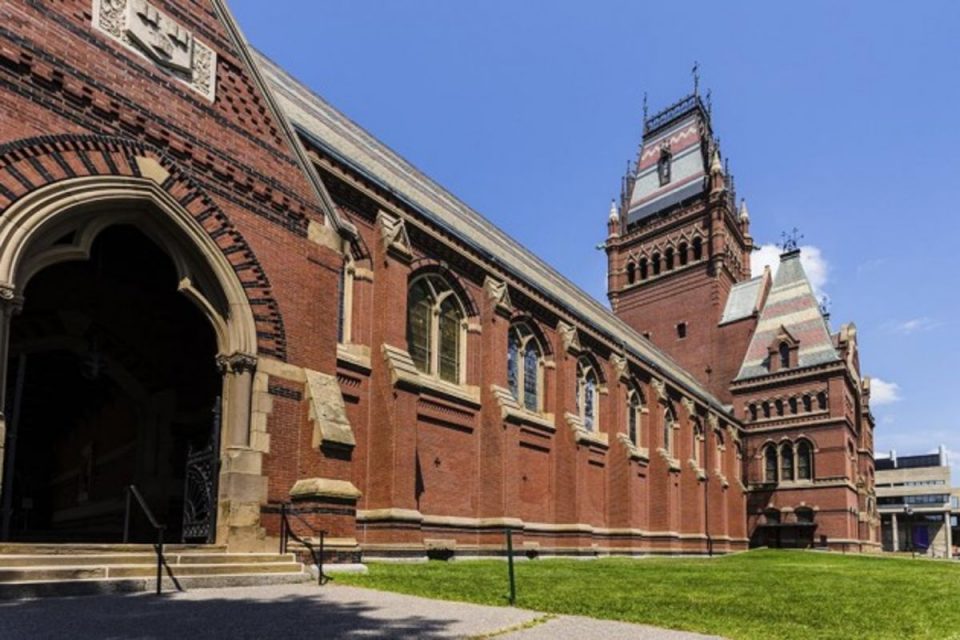 Attacks against the Constitution continue at an alarming rate.

Leftists are chipping away at Americans’ rights one tap at a time.

Even students’ rights at the most prestigious school in the country aren’t safe.

An old adage goes: “If you’re young and conservative, you have no heart; if you’re old and liberal, you have no brain.”

If that old saying is true, that would make college campuses Neverland.

The university has been a bastion of left-wing thought for decades, but old-school liberal professors open to debate and discourse have gradually been displaced by their increasingly militant protégés.

Old-school liberals at least believed in the concept of liberty and the content of character, but leftists today believe in equity and group identity above all else.

While international communism collapsed with the fall of the Berlin Wall, dedicated leftists kept those terrible ideas alive and well on the college campus.

Today two out of five social science professors are openly Marxist, and 40% of millennials believe it’s acceptable for the government to censor “harmful” speech.

Dohrn taught at Northwestern law for years, and Ayers is a professor at the University of Illinois at Chicago, and helps construct education policy for K-12.

These are the people that have been indoctrinating kids for years, so it’s no wonder the First Amendment is under assault.

Kids have been steeped in leftist thought and wrapped in a cocoon all their lives, then they get to college and they’re encouraged to be radicals.

Universities even offer degrees and extension courses in Social Justice.

One of those schools is Harvard.

People can now get a useless certificate in Social Justice from Harvard for a cool $11,000.

Such a chilling environment is why freedom of association has been dissolved for all intents and purposes.

The ban also prohibits members of single-gender clubs from receiving university endorsements for scholarships, such as the prestigious Rhodes scholarship.

Some students are fighting back and suing for their right to free association, while others threw in the towel.

One sorority opened their doors to male pledges, and one fraternity shuttered completely, resulting in a $50,000 loss for the national charter.

Stealth moves like this are exactly how a nation loses its freedom.

The vastly outnumbered campus conservatives and principled liberals are the only bulwark against the far-left lunacy, and the radicals are picking up steam.

Harvard’s chief rival Yale was embroiled in a “social justice” scandal a few years ago when a cadre of emotionally stunted students screeched at professor Nicholas Christakis because he and his wife Erika—a fellow professor at the school—had the temerity to suggest Yale students had enough maturity to select their own Halloween costumes without an administrative crackdown.

A video of the incident went viral and the students were widely mocked, but inside their leftist bubble, they were given awards for their “bravery.”

This is the state of affairs on the college campus.

These are the future leaders of America, and they hate everything America stands for.

California Lawmakers Are Looking To Rewrite The Constitution With One Move