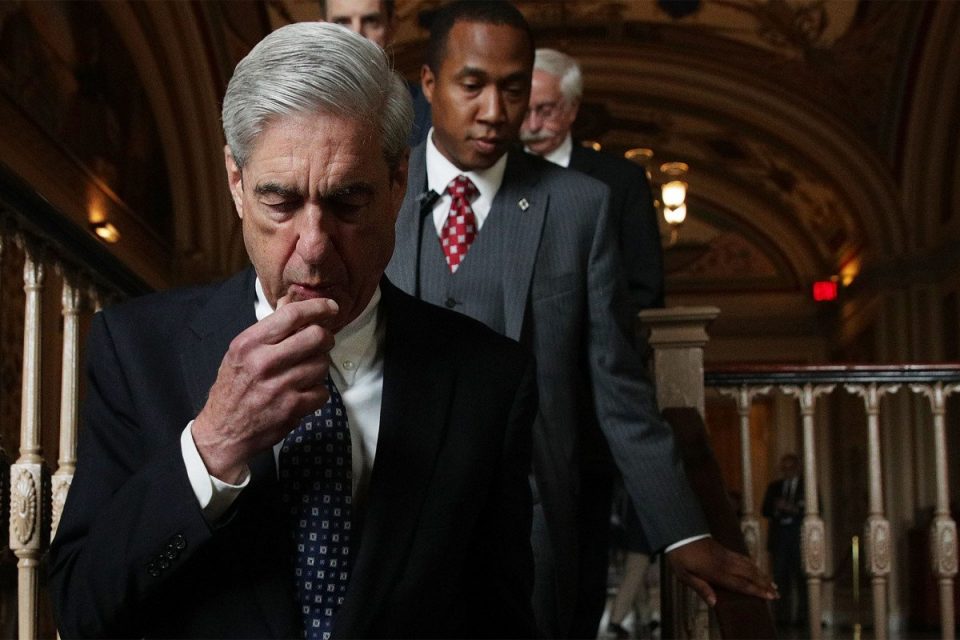 Now it finally appears to be in its final stages.

And there is one terrible truth about the Mueller investigation the Democrats are desperate to hide.

The media and the Democrats have lost all interest in the Mueller probe.

Once it became apparent that Mueller was not going to produce any indictments charging Donald Trump or anyone on his campaign for conspiring with the Russians, the anti-Trump “resistance” quickly shifted gears.

Spot-on analysis here reflecting the views of many natsec officials. It’s long been clear the Trump team violated US norms by cavorting with a foreign adversary. That’s a scandal—but it may not have been a crime. https://t.co/h3Bl4atVIW

House Judiciary Chairman Jerry Nadler fired off a document request to 60 different Trump world individuals – including both of the President’s sons – to kick off the new phase of the Democrats witch hunt against Donald Trump.

“Tomorrow, we will be issuing document requests to over 60 different people and individuals from the White House to the Department of Justice, Donald Trump, Jr., Allen Weisselberg, to begin the investigations to present the case to the American people about obstruction of justice, corruption and abuse of power,” Nadler declared in an interview on ABC’s This Week.

ABC provided a platform to uncritically allow Nadler to air his unfounded allegations against the President.

“What we learned from the Cohen testimony is that he directly implicated the president in — in various crimes, both while seeking the office of president and while in the White House,” Nadler ranted.

Even though Nadler confessed to now knowing the facts, he raged that Democrats would go fishing through Trump’s personal and business life to dredge up anything they can use against Trump.

“We don’t have the facts yet. But we’re going to initiate proper investigations,” Nadler declared.

“The Republicans spent two years shielding the president from any proper accountability … [T]hey threatened to impeach people in Justice Department, they threatened the — the Mueller investigation. It’s our job to protect the rule of law. That’s our core function. And to do that we are going to initiate investigations into abuses of power, into corruption of — into corruption and into obstruction of justice,” Nadler said.

This is all a lie.

As The Federalist’s Mollie Hemingway pointed out, she sat across from Nadler on a train last November when he described how Democrats would disguise their efforts to impeach President Trump.

Hemingway also noted how the media would memory hole the Mueller investigation and move on to Nadler’s probe because the Mueller probe proved to be an embarrassing failure.

“On November 7, 2018, I sat across from Rep. Jerry Nadler on the Amtrak as he discussed big impeachment plans, which he planned to present not as impeachment but as holding Trump ‘accountable.’ Media know and support this,” Hemingway continued. “Media will help Schiff and Dems seamlessly transition from 2 years of Russia collusion allegations to other investigations, because media is just as complicit in Russia hoax as Democrats and so they need the transition just as much as Schiff/Dems do.”

Donald Trump responded by calling it a hoax and witch hunt.

The media’s quick pivot away from Mueller and on to investigations into President Trump’s business and personal life proved Donald Trump was correct.

Harvard Is Violating Students’ Rights In One Appalling Way