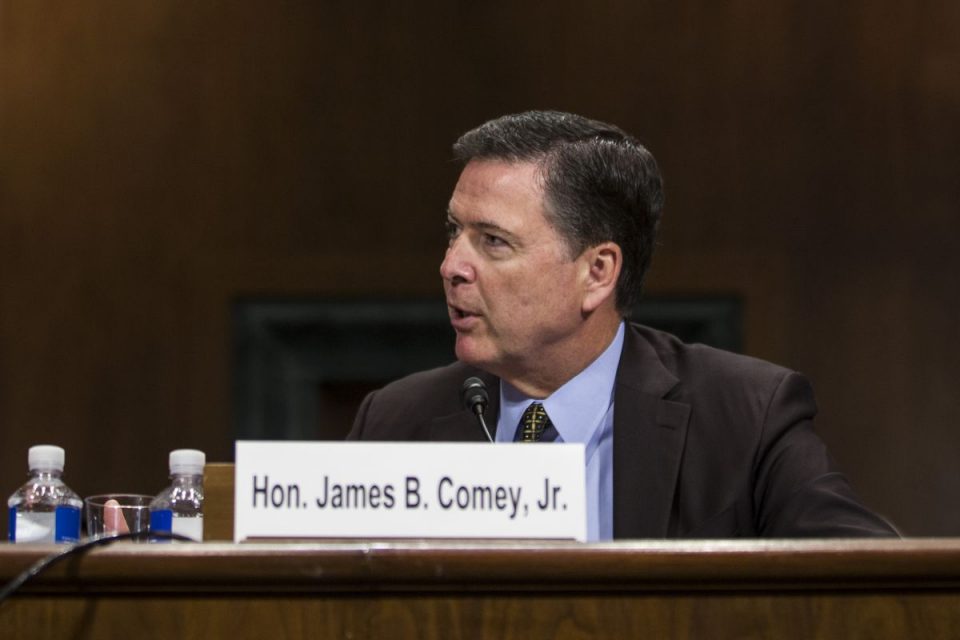 James Comey thought he could get away with trying to rig the 2016 presidential election.

The disgraced former FBI Director pulled out all the stops to thwart Donald Trump from winning the presidency.

Former FBI Deputy Director Andrew McCabe is still basking in the media glow from the release of his book “The Threat.”

McCabe – who was fired after investigators referred him for criminal prosecution for lying – is out to settle scores.

But in doing so, he confirmed the fact that the FBI used human spies and wiretaps to catch the Trump campaign colluding with Russia, and still turned up nothing.

“A confidential informant with preexisting tangential ties to people associated with Trump’s political operation had provided information relating to specific national-security risks, in this case involving possible Russian influence in the conduct of a presidential campaign,” McCabe writes.

“So, hypothetically, if the FBI finds out that someone who is definitely associated with a domestic political campaign has made a comment to a high-ranking government official from another country about possibly colluding with a foreign adversary in the course of that campaign, the FBI is obligated to look into that,” the former FBI Deputy Director continued.

There is no evidence Papadopoulos actually pursued this “dirt” or that he tried to engage any Russians.

And it is believed that Mifsud was working with a Western intelligence service – possibly the Italians – as part of an espionage campaign to plant evidence of Russian collusion.

In addition, McCabe did an interview with fake news reporter Adam Goldman of the New York Times.

McCabe defended Comey and the FBI concealing from a FISA judge that the dossier they used as the central piece of evidence to win a warrant to spy on former Trump campaign aide Carter Page was bought and paid for by Hillary Clinton.

Even if that were true – and it isn’t – the FBI spied on Page for over a year and came up with nothing.

Despite the fact that every “theory of the case” turned in to a dead end.

Instead of taking stock of the situation and accepting the reality that the Russian collusion story was a hoax invented by the Democrats, the FBI – and later Robert Mueller – pressed forward with the witch hunt against Donald Trump.

Honest investigators follow the facts wherever they lead them.

In this case, the facts clearly demonstrated that there was no Russian collusion.

And the FBI did not turn up empty-handed because of a lack of effort.

They deployed every arrow in their quiver – human spies, wiretaps and national security letters – and struck out every time.

They should have ended the investigation and publically apologized to Donald Trump and his campaign after exonerating them of this fake news charge of Russian collusion.