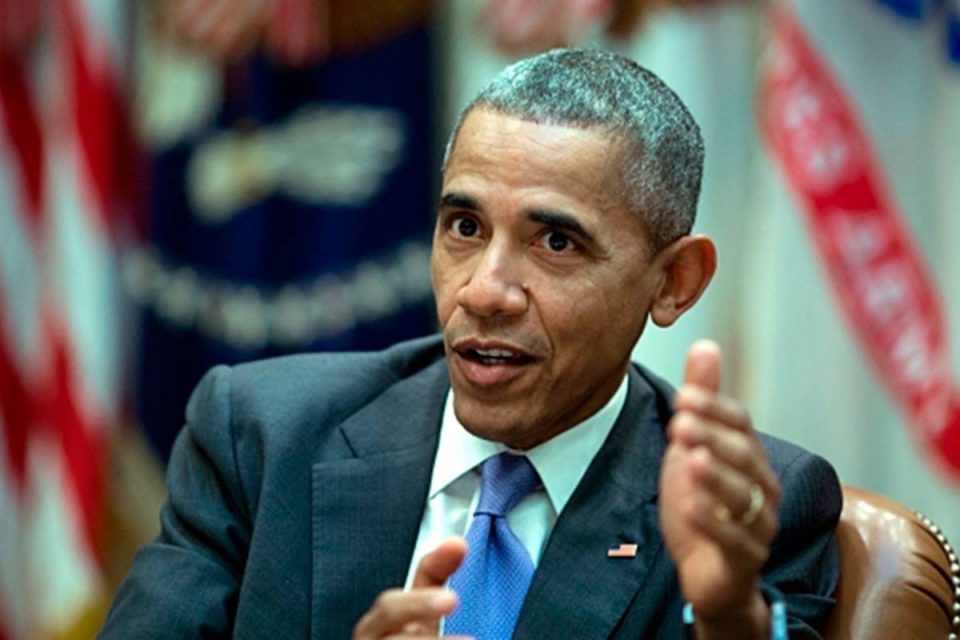 Obama is no fan of Trump.

Democrats and the deep state are hell-bent on impeaching the President.

And Obama’s plan to deploy a million-man army to take down the President will have you seething.

Without using Trump’s name, the 44th President of the United States claimed we are living in “challenging times,” an obvious jab at Trump’s America.

Despite these “challenging times,” the former president said he still remains hopeful because of future “leaders” that he plans to mentor.

Obama’s use of the term “leaders” is his way to describe political activists desperate to make their mark on not just American policy, but global politics.

“If we could form a network of young leaders, not just in the United States, but around the world, then we got something,” Obama said, “If we can train a million Baracks and Michelles who are running around thinking they can change the world, then hope is achieved.”

According to reports, Obama’s remarks were greeted with loud applause.

Obama’s always been a globalist. Perhaps that’s why he and the D.C. Swamp despised Trump’s America First approach.

One of the biggest pillars of the Obama Foundation, which he describes as his “third act,” is a $500 million presidential center project based out of Chicago.

And that presidential center is exactly where Obama plans to train his million-man army of grassroots activists.

The fact that Obama thinks the world wants “a million Baracks and Michelles” is far from the most narcissistic thing he’s said nor is it entirely out of the ordinary for him to talk so highly of himself while blaming others for his failings.

In fact, according to the Media Research Center, Obama talked about himself nearly 1,200 times in just 41 speeches.

Instead of adoring his own image, Obama loves to hear himself talk – about himself. In just 41 speeches this year, Obama has talked about himself nearly 1,200 times – 1,198 to be exact. (That breaks down to 1,121 “I”s and just 77 “me”s.) And that just includes 34 weekly addresses and his seven major speeches. Count the hundreds of other public speeches and he’d be off the charts.

Perhaps it’s the narcissism running through Obama’s veins that has him taking credit for the remarkable economy under the Trump presidency, with record-low unemployment, record-high stock market and GDP growth no one thought possible.

Regardless, one thing is clear: Obama is dedicated to seeing the removal of Trump and he’s prepared to train an army of grassroots liberal activists to make sure that happens.

Afterall, one of Obama’s biggest resources when running for president was his ability to motivate people to get out and volunteer within their community.

Obama knows the only chance to salvage his legacy is seeing Trump either get impeached or be defeated in 2020. And it’s obvious Obama isn’t hedging his bet on impeachment.

Trump ran on dismantling much of Obama’s landmark achievements including the Affordable Care Act, otherwise known as ObamaCare, as well as the Paris Climate Agreement and so much more.

And Obama plans to use his trained grassroots activists to install a Democrat who will protect his legacy.

Trump should not underestimate Obama.

We will keep you updated on any new developments with this story.