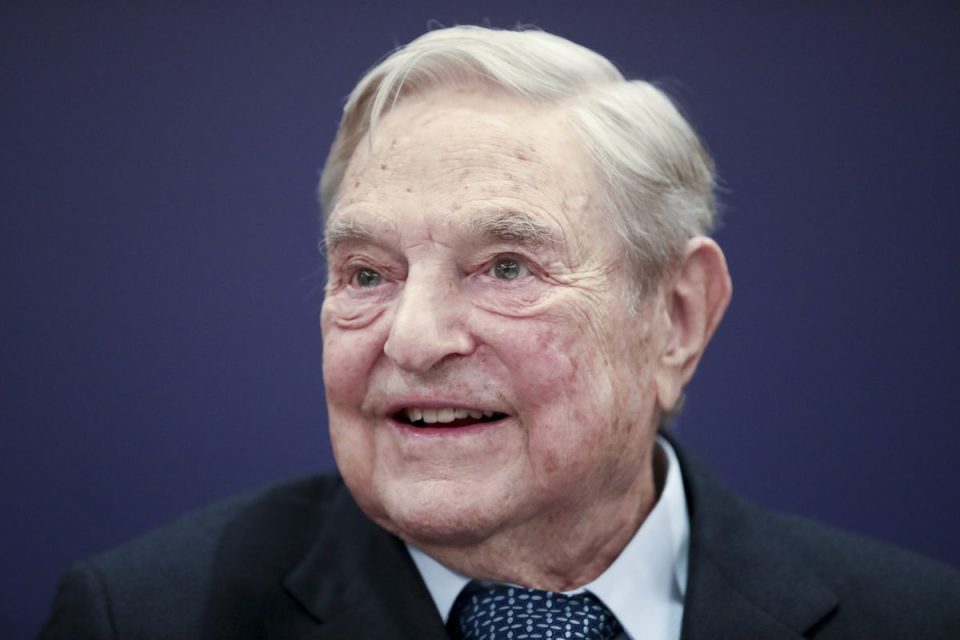 Christopher Steele and the fake news Russia dossier were at the heart of the coup attempt to overthrow President Trump.

Only now is the whole truth coming out.

And George Soros’s link to this Deep State group will change everything for Donald Trump.

Even after the election, Fusion GPS and Christopher Steele continued their efforts to destroy President Trump.

Daniel Jones – a former top staffer to California Democrat Senator Diane Feinstein – headed up a group called The Democracy Integrity Project – to extend the Deep State conspiracy against the President.

This propaganda campaign helped keep the collusion hoax in the news despite the fact that the official FBI investigation came up empty.

And – of course – George Soros was right in the middle of this plot.

Soros contributed a cool one million dollars to The Democracy Integrity Project.

In October, the New York Times reported. “Mr. Soros’s representatives say he gave $1 million to one such group, the Democracy Integrity Project, which was established after the 2016 election to investigate foreign interference in elections and to research Mr. Trump’s connections to Russian interests. Mr. Soros is considering additional donations to the group, which has paid for research from Fusion GPS, the firm behind the controversial dossier containing salacious claims about Mr. Trump’s ties to Russia.”

Soros’s donation helped Jones raise $50 million to continue spreading fake news about Donald Trump and Russia according to his interview with the FBI.

Jones also revealed that his group “planned to share the information he obtained with policymakers … and with the press” and that his group “had secured the services of Steele, his associate [redacted], and Fusion GPS to continue exposing Russian interference in the 2016 U.S. Presidential election.”

As investigators and real journalists begin to peel back the layers of the onion on this story one thing becomes abundantly clear: the Russian collusion hoax was a Democrat information warfare operation from Day One.

But the left disguised the effort by laundering through multiple official channels.

The entire collusion story was cooked up by Steele and Fusion GPS.

However, they passed the information to the Obama Department of Justice, the FBI and their loyal stooges in the media so it looked like multiple agencies and outlets were all independently verifying the Russian collusion story.

In reality, the so-called “news outlets” and government agencies were all feeding from Fusion GPS’s trough.

When the election ended and the money from the Hillary Clinton campaign and the Democrat National Committee ran out, George Soros and his allies stepped up to fill the void.

Their contributions allowed a political operative like Jones – who had excellent Deep State connections – to continue to scheme to nullify the results of the 2016 presidential election.