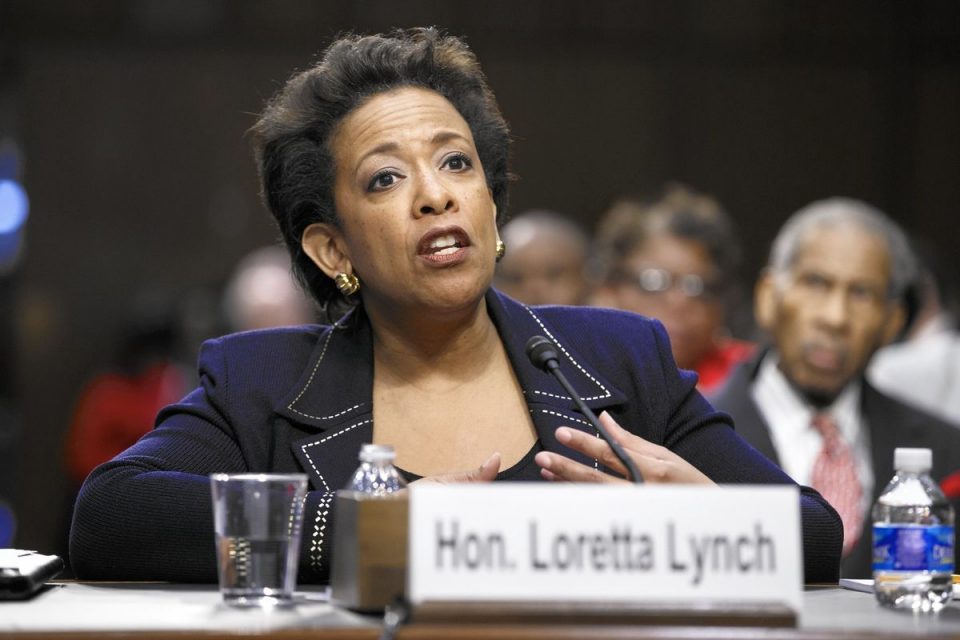 The lies are piling up for agents of Barack Obama’s Deep State.

And now one Deep State operative was caught in a lie that has Loretta Lynch on edge.

Ohr was not just any run-of-the-mill Justice Department worker bee.

He was the fourth ranking official in the DOJ.

To make matters worse, his wife Nellie worked with opposition research firm Fusion GPS to dig up dirt on Donald Trump during the 2016 election.

Ohr testified to his interactions with Fusion and his handling of the smears they hired a foreign spy to collect on Trump that were then passed on to the FBI and Obama Justice Department.

“So, as I think I may have mentioned earlier, Glenn Simpson wanted to meet in early December, whatever date that was in December. At that meeting, he provided me with a memory stick and provided some additional details on information about possible connections between the Russian Government and the Trump campaign,” Ohr testified.

“I think it was Glenn Simpson mentioned to me was that Cleta Mitchell became aware of money moving through the NRA or something like that from Russia,” Ohr testified. “And I don’t remember the exact circumstances. And that she was upset about it, but the election was over. I seem to remember that from my notes.”

This testimony was a big problem for Fusion GPS co-founder Glenn Simpson.

Simpson – who hired ex-British spy Christopher Steele to put together the fake news Russia dossier – testified he did not interact with Ohr before the election and that their meetings were at Ohr’s request.

That opens up a can of worms that is nothing but bad news for the Obama administration and specifically former Attorney General Loretta Lynch.

It is inconceivable that Ohr sat on salacious gossip about Donald Trump and his campaign colluding with the Russians and did not pass this information up the food chain to Lynch.

If Donald Trump’s Department of Justice brings charges against Glenn Simpson, it may be the American people’s only chance to get to the bottom of this conspiracy.

The Department of Justice could do the same with Simpson.

By bringing charges against Simpson, the Trump administration could induce Simpson to turn on his co-conspirators in the Obama Deep State.

Some Trump supporters contend that is exactly what needs to happen.

Critics of the Department of Justice see a double standard at work.

Many Americans believe charging Simpson and then using that as the jumping off point for a major investigation into the FBI and DOJ conspiracy against Donald Trump is the only way to restore trust in those institutions.