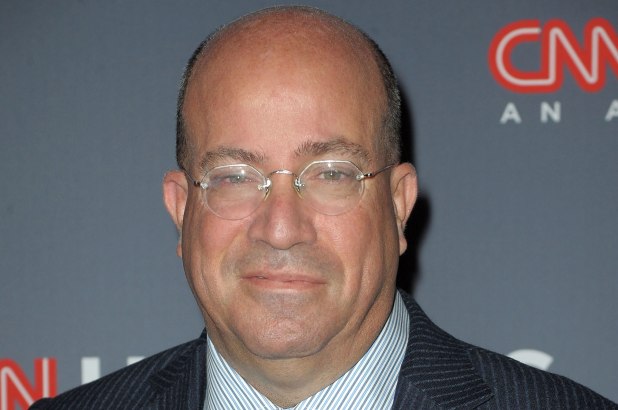 CNN likes to claim they are the “facts first” network.

But the tables were turned when CNN President Jeff Zucker made one shocking confession that could destroy the network.

During his appearance Zucker – without citing evidence – ticked off a series of anti-Trump and anti-Fox News conspiracy theories.

One of the tin foil hat stories the conspiracy buffs at CNN traffic in is the idea that the Justice Department sued to stop the AT&T – Time Warner merger because Time Warner is the parent company of CNN and President Trump wanted to punish them over CNN’s negative coverage.

“There was absolutely no basis to be doing what they were doing and clearly there was a political agenda at work,” Zucker told Pompeo about his thoughts on why the Justice Department stepped in to block the merger.

There is no evidence President Trump actually directed anyone at the Justice Department to block the merger.

But fake news reporters at CNN latched on to an anonymous account from Jane Mayer’s fake news hit piece on Fox News to spin Trump venting about the merger to Trump using his power as President to interfere in a corporate merger.

Critics accuse Mayer’s piece of being littered with lies and fake news.

LaCorte furiously denied this allegation and stated the piece didn’t run because it was only nine paragraphs and did not have sufficient sourcing.

Zucker also defended the Democrat National Committee’s decision to ban Fox News from hosting one of the party’s presidential debates.

Unlike CNN and MSNBC, Fox News is home to real journalists like Bret Baier, Chris Wallace and Martha MacCallum, all widely respected across the political spectrum.

Zucker then threw in a cheap shot about Fox News being “state run TV.”

The CNN President continued, “I’ve said before that Fox is state-run TV. The question should be, ‘Is the White House state-run government by Fox TV?’ “

These comments revealed an ugly truth about CNN.

The media likes to contend it is not an ideological operation and that it sticks up for other news organizations when they come under fire from political entities.

CNN did not return the same loyalty to Fox when the DNC attacked them as state run TV and banned them from hosting a debate.

Instead, Zucker’s comments revealed that CNN sees Fox as an ideological competitor that is not a news outlet because they don’t share CNN’s liberal world view.

Do you think CNN is state run fake news for the Democrat Party?

Nancy Pelosi Wants To Take Away This Constitutional Right