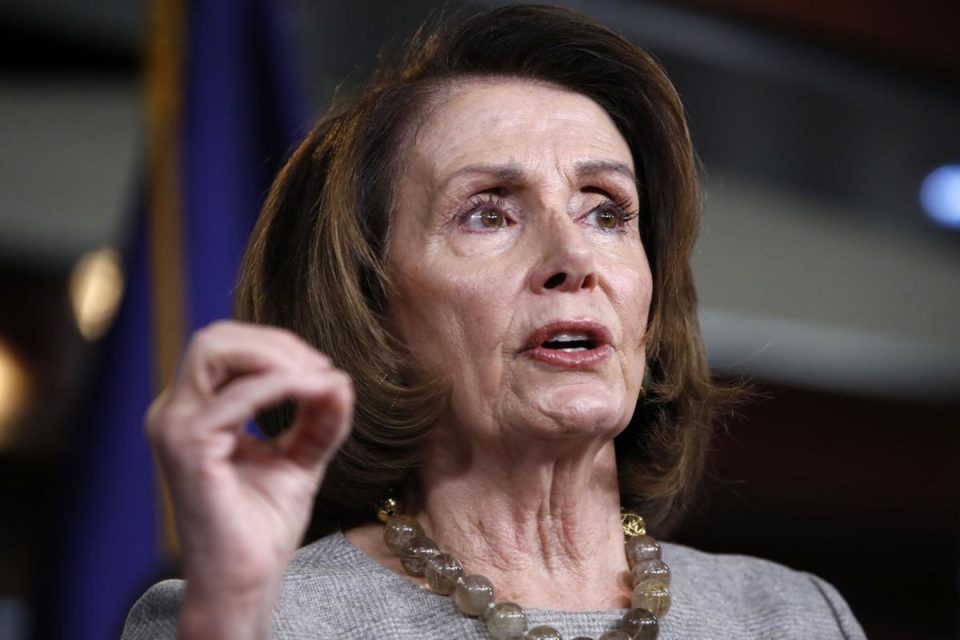 This one piece of legislation would remove a vital constitutional power from the presidency.

And Nancy Pelosi is pushing this major change because of Democrat failures on this big issue.

The President will see his constitutional authority stripped if this Nancy Pelosi bill becomes law.

Democratic lawmakers introduced a slightly stripped-down climate bill less than a day after a Senate vote on Alexandria Ocasio-Cortez’s Green New Deal was unable to garner a single vote, not even from Senate Democrats.

At a news conference last week, House Speaker Nancy Pelosi said the Climate Action Now Act is one of many steps Democrats will be taking to confront global warming.

In particular, this bill would prevent President Donald Trump from removing the United States from the non-binding Paris Climate Accord.

This is a slap in the face to not just President Trump, but any future officeholder as it takes away one of the powers granted to the President by the Constitution.

In addition to Nancy Pelosi, this bill has the support of at least two Democrat presidential candidates; both Elizabeth Warren and Cory Booker have already signed on to the bill.

Notably absent from the news conference was Alexandria Ocasio-Cortez.

Some congressional insiders are speculating she is still furious over Mitch McConnell bringing her bill to the Senate floor, and there is speculation she is seething that Democrat leaders didn’t do a better job handling the vote.

There also seems to be a real question to whether it is climate control Pelosi is interested in, or Trump control.

Because this bill would effectively reshape the entire Paris Accord and legally bind the Trump administration to the deal.

And that seems to be the bill’s main purpose.

The deal, which compels the country to cut greenhouse gas emissions 26 to 28 percent by 2025, is a non-binding agreement made after former President Barack Obama was unable to get the required votes in Congress to make it a treaty.

“If Pelosi and her ilk want to legally force Trump to abide by the deal, then she needs to go through the complicated legal process to make the deal a treaty rather than a non-binding deal”, Competitive Enterprise Institute senior fellow Chris Horner told The Daily Caller News Foundation Thursday.

Her bill calls for an almost total shift away from fossil fuels and an accelerated move towards green energy. Ocasio-Cortez’s bill was defeated in the Senate after Republicans and a handful of Democrats voted against the resolution while the remaining Democrats voted present.

While European Democrat governors and wealthy environmental conglomerates have heavily criticized Trump for leaving the Paris Accord, most Americans applauded the move.

Obama spent years crafting the deal only to see it first become a non-binding agreement, that he refused to submit to the Senate for ratification, then scrapped completely when Hillary Clinton lost to Donald Trump.