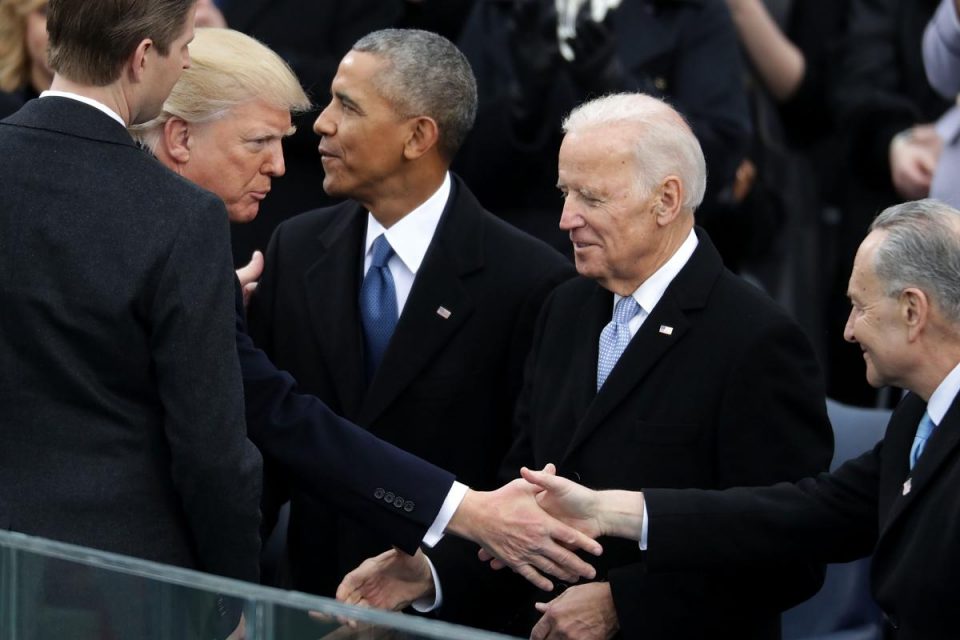 Delaware has joined in this effort that will shred the Constitution.

Delaware’s Governor signed a bill into law that could have devastating consequences for all Americans.

And this move by Biden’s home state has enraged Trump.

Ever since Donald Trump won the 2016 presidential elections Democrats and some Never-Trump “Republicans” have been searching for ways to take back the White House.

And they don’t seem to care how they do it, just as long as it means Trump is not President.

They tried Russian conspiracy hoaxes, they’ve attacked his character, they’ve tried to destroy his nominees with slander and libel, and they’ve floated the idea of impeachment.

But their latest move is gaining some traction and could prove to be a major problem, not just for Trump, but for any Republican who runs for president in the future.

It is called the “National Popular Vote Interstate Compact” and if it is passed by enough states it could mean the end of the Electoral College for good.

That, of course, means larger, liberal states like California, New York, and New Jersey would decide the winners of every presidential race from now on.

And smaller states from middle America like Wyoming, Idaho and Oklahoma would be stripped of their constitutional rights to have any say in national elections.

And now Delaware has joined the growing list of states to join.

These bills would allocate each state’s electoral votes to the winner of the popular vote if enough states pass similar laws.  This “Compact” would only have an impact on the outcome of a presidential race if enough states whose electoral votes add up to 270 — the minimum needed to capture the White House — join in. Delaware’s addition to the compact puts the total at 184.

There are numerous obvious problems to this effort.

First and foremost, this compact is an attempted end run around Article V of the Constitution, effectively eliminating the Electoral College without going through the proper, constitutional process of a constitutional amendment.

This compact is much easier than the formal constitutional amendment process, which would require the support of 38 states.

This compact will go into effect if only a few more states join, just the number to get up to 270 electoral votes.

Additionally while the Constitution gives each individual state legislature the sole right to determine how a state’s electors are chosen, it does not give that right to a compact of states as one entity.

Constitutionally, political compacts are permitted between states, but under the Constitution’s Compact Clause all require congressional approval.

So, without congressional consent the Compact may not be enforceable.

Another serious concern is, the electors from states not part of the Compact would have little influence on selection of the President.

The U.S. Constitution is written to protect the interests of ALL the states so that they will play a role in the electoral process.

The Compact allows as few as 11 states to determine a presidential election and could shift political power to these 11 states for good.

This, of course, is the left’s ultimate goal.  To take power away from conservative-leaning, smaller states, and begin the systematic destruction of the Constitution.