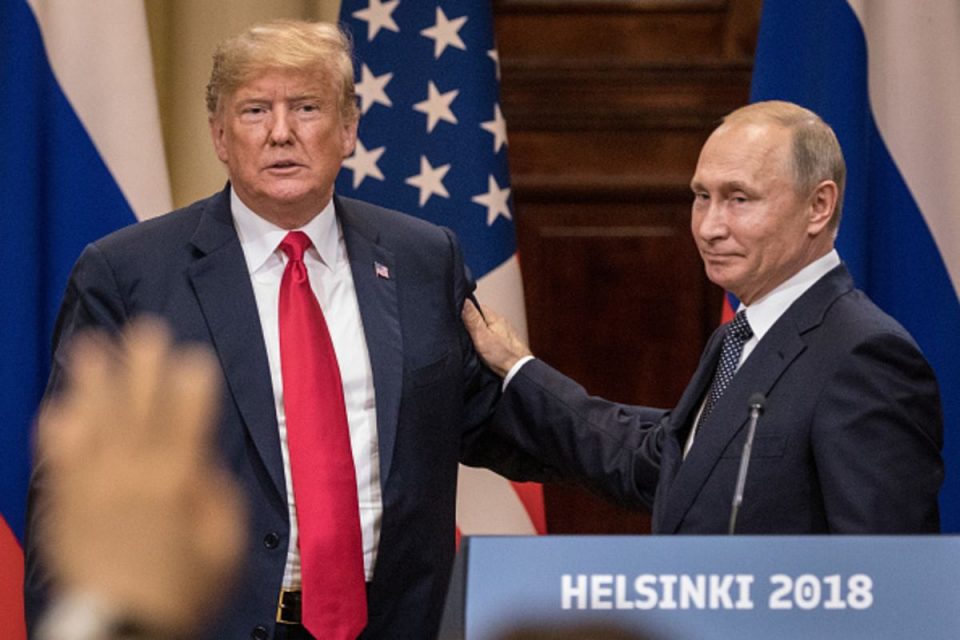 The 674-day multi-million dollar Mueller investigation is over.

Donald Trump was cleared of any “collusion” with the Russians.

And these are the men behind the entire anti-Trump Russia collusion hoax.

Now that the two year debacle known as the “Mueller Investigation” is over, Americans are finding out a lot of sordid details about the origins of the probe.

We now know the FBI spied on Donald Trump, his family, and his campaign.

Also, information is coming out that shows Obama administration officials at the Department of Justice, the CIA and other agencies worked with the Clinton campaign to discredit Trump.

And, just this week, reports are coming out that many of those initially pushing the fake Russian collusion story are the very same people who lied to the Bush administration and got us in military conflict in Iraq.

These so-called “experts”, it turns out, are experts at only one thing – lying.

Think about it for a minute:

For more than two years, these so-called “experts” misled, no, outright lied to us.

They claimed there was real threat.

They screamed and harangued and shouted that there was real, legitimate intelligence, proving they were right.

The “proof” included a CIA report which came out just a month before a national election and a dossier produced by a reliable British source. The subject monopolized the media, politicians, mid-term elections, and even dinner table conversations.

They vehemently argued that the situation was so dire it was straining our relationship with our allies. Anyone who had evidence to the contrary was readily dismissed by them. And even worse, anyone who questioned their agenda was called a coward, a dupe, or a wacko conspiracy nut.

They became the darling of the news media, and politicians of both parties and their lies were repeated over and over as fact.

But then a highly credible and detailed investigative report came out two years after the propaganda campaign began that found absolutely no evidence to support any of their claims.

It turns out the initial CIA report was so highly flawed it was almost laughable. The dossier, on which almost everything they claimed was based, was at best deceptive and at worst flat out fabrication.

The problem is, the above is not at all about the Trump-Russian collusion hoax; it is about the neocons pushing the false narrative about Saddam Hussein possessing weapons of mass destruction — including material to produce nuclear bombs.

The very information that got the US and some of our allies involved in military conflict and nation building in Iraq.

Of course, as we now know, Kristol and his band of neocon warriors were wrong then.  And we now know they are wrong now.

Because the fact is, the above does also describe the history of the Trump collusion hoax, and Kristol and his accolades trying to literally start a coup against a sitting US President.

As more information comes out, it is appearing more likely that many of the Deep State operatives in the Obama administration, and current and former FBI agents will be investigated and prosecuted.

And Kristol, Boot and their ilk will just move on to the next fabricated crisis they can thump their chests about.

We will keep you posted on this story.

This Latest Scandal Means the End for Hillary Clinton