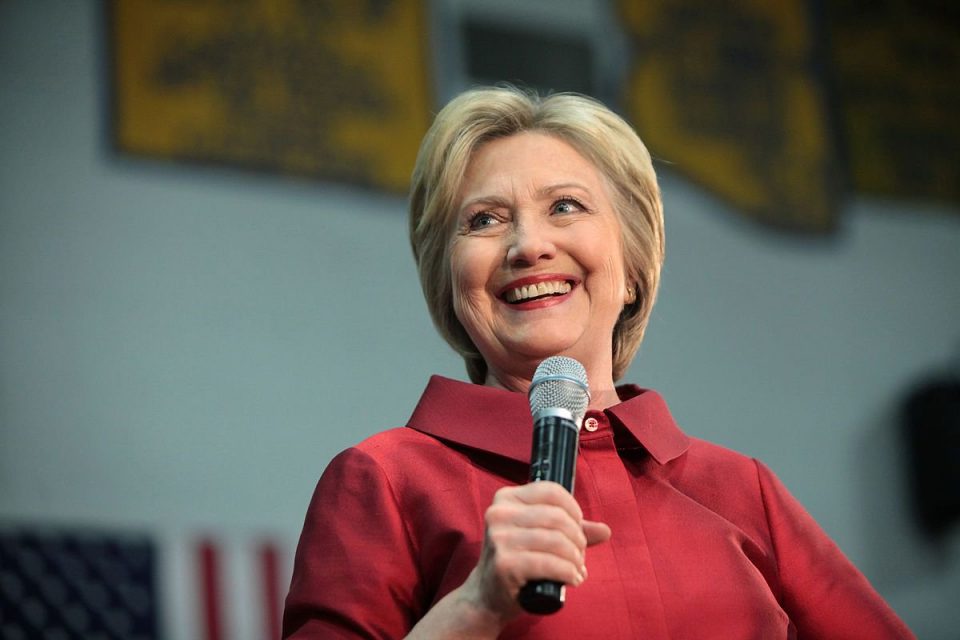 The dust is clearing from the Mueller probe and Hillary’s fingerprints are on everything.

Her crooked ways are finally catching up to her.

And this latest scandal means the end for Hillary Clinton.

Their shady dealings were once considered nothing more than the chattering of “right-wing conspiracy nuts”.

It was largely ignored by the mainstream media, or worse, anyone talking about it was branded as a “crazed foil hat wearing nut”.

But now, people are starting to pay attention.

The D.C. “swamp” that Donald Trump promised to drain is far deeper and filled with nastier creatures than we ever imagined.

Exhibit one, the latest news from Hillary Clinton’s inner circle.

During the latter days of the 2016 presidential campaign, an odd and somewhat amazing thing occurred when a large number of internal Clinton campaign emails were leaked to the public by WikiLeaks.

The emails, most of which came from the desk of Clinton Campaign Manager John Podesta, contained an incredible amount of damning and damaging information that both shocked and horrified the American public.

Some emails were so controversial and disgusting they were actually censored by even some of the most lenient websites like Reddit.

These emails revealed just how depraved and disgusting Hillary Clinton and her top advisors were.  It was won at any cost, no matter who got hurt and no matter what lies had to be told, and as many believe, what laws had to be broken.

And now, it gets even worse for Clinton, Inc.

New reports coming out show that Podesta and possibly other top Hillary advisors had close ties with Russia.  That’s right.  There was Russian collusion it seems.

Only it wasn’t the Trump campaign colluding with the Kremlin, it was Podesta and the Hillary campaign.

According to a story on Breitbart:

“Podesta, the former chief of staff to President Bill Clinton, served on the board of Joule Unlimited, a now-defunct alternative energy company, from January 2011 to January 2014.”

“During Podesta’s tenure on the board of Joule Unlimited, a significant investment in the company by a firm owned by the Russian government escaped review and scrutiny by the Committee on Foreign Investment in the United States (CFIUS).”

And this involvement by Podesta was overlooked by none other than Obama’s nominee to represent the US on the CFIUS board, Jose Fernandez.

Fernandez was nominated by Obama and confirmed by the Senate and sworn in on December 1, 2009 so he was in office when the CFIUS board approved the controversial acquisition of Uranium One in October 2010.

Uranium One is the Canadian company that owned 20 percent of U.S. uranium reserves, by ARMZ, which is wholly-owned by the Russian government.

According to a report in The Hill, that very controversial approval came just four months after Bill Clinton was paid $500,000 by Renaissance Capital “for his 90-minute June 29, 2010, speech, one of the largest one-day fees Bill Clinton ever earned. Renaissance Capital had ties with the Kremlin and was talking up the Uranium One purchase in 2010, giving it an encouraging investment rating in Russia right at the time the U.S. was considering approval of the uranium sale, according to reports in the New York Times in 2015.”

Every day more and more is coming out tying Hillary to this scandal and we will keep you updated.

These Are the Men Behind the Anti-Trump Russia Collusion Hoax

Donald Trump’s Presidency Almost Ended Because of This One Man