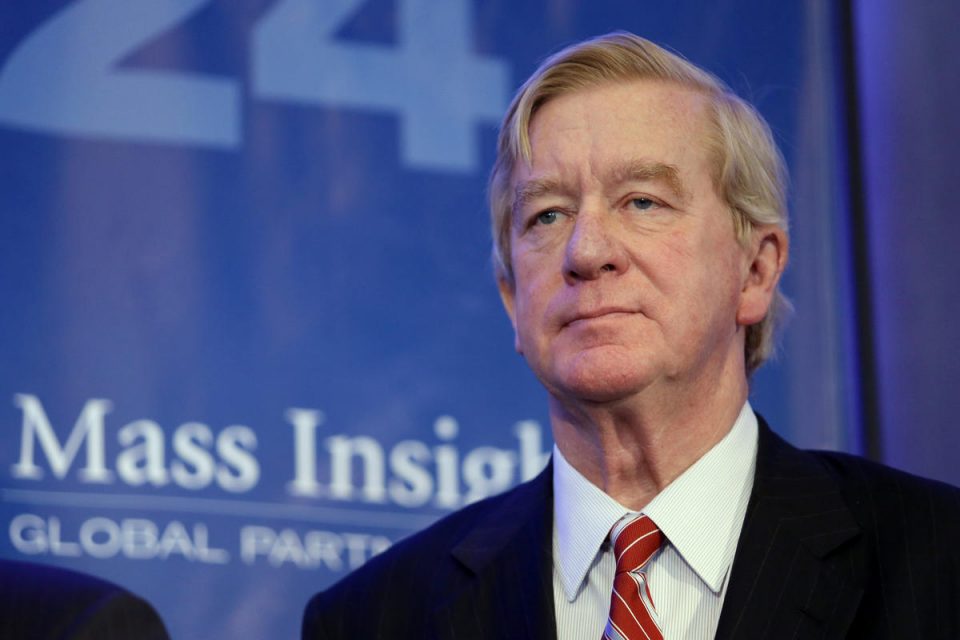 This former Republican governor will challenge Trump for the GOP nomination.

And corporate and PAC money will make him a serious challenge.

Because the Never-Trumpers have picked their man to take on Trump in 2020.

Former Massachusetts governor and one-time Libertarian candidate Bill Weld officially announced last week that he will be challenging President Trump for the GOP presidential nomination in 2020.

Many political observers consider Weld a charlatan with no real ideology, party loyalty, or real following to give him any kind of base.

However some observers believe he will have the money from large corporate donors and anti-Trump donors and PACs to make a serious run.

True, Weld has been all over the political spectrum; accepting a nomination to become ambassador to Mexico from President Bill Clinton, and endorsing Barack Obama against Republican presidential nominee John McCain in 2008.

In 2016, Weld claimed to be a Libertarian, was able to fool the national Libertarian party who overlooked his big government, big spending and anti-free market views, because he was “socially moderate” (supports killing babies).

And he got the nomination to be the Libertarian Party’s vice presidential nominee.

If that wasn’t enough, Weld couldn’t even stay loyal to his new Libertarian friends while he was running as their candidate.

In early November 2016, he told Rachel Maddow what a great person Hillary Clinton was and that anyone who was going to choose between the Democrat and Republican candidates should vote for Hillary.

He said that his long friendship of some 40 years with Hillary had convinced him that Hillary was “a person of high moral character.”

Try telling that to the Republican Party, many of whose voters eagerly had chanted “lock her up.” Or even to actual Libertarians who, though they may not like Trump would never pull the lever for Hillary.

Of course Weld has more problems.  He just doesn’t fit with the Republican Party, and frankly never has.

He is a long-time proponent of unlimited abortion rights, favors gun control measures, and has long been a very proud and outspoken “Liberal Republican,” not the kind of issues or candidate Republican voters favor.

Simply put, Weld is out of step with most Republican voters.

His campaign has had the nerve to try and brand Weld as a “Reagan Republican.” They base this claim on the fact that Weld served in the Reagan Justice Department as head of its criminal division.

However, the campaign won’t comment on or mention the fact that Weld resigned from the department because of Attorney General Edwin Meese III.

Meese, of course, was Reagan’s friend and confidant of more than 20 years.

There are some voters in America who are just like Weld, liberal, pro-abortion, anti-Second Amendment, pro-tax, pro-big government, support the Paris Climate Change accords, and think Hillary Clinton is a person of high moral character.

Unfortunately for Weld, they aren’t Republicans, and aren’t even Libertarians (at least the ones with principle), they are called Democrats.

However, even with all of these problems, given enough money, Weld could try and re-brand himself yet again as that “Reagan Republican.”

And if he is able to raise enough from anti-Trump Republicans and big corporate interests, Weld will be able to fool some Republican voters just as he fooled the Libertarian Party in 2016.

The real question is, will it be enough?

We will keep you updated on this situation.

Barack Obama Furious at These Words From His Top Cop