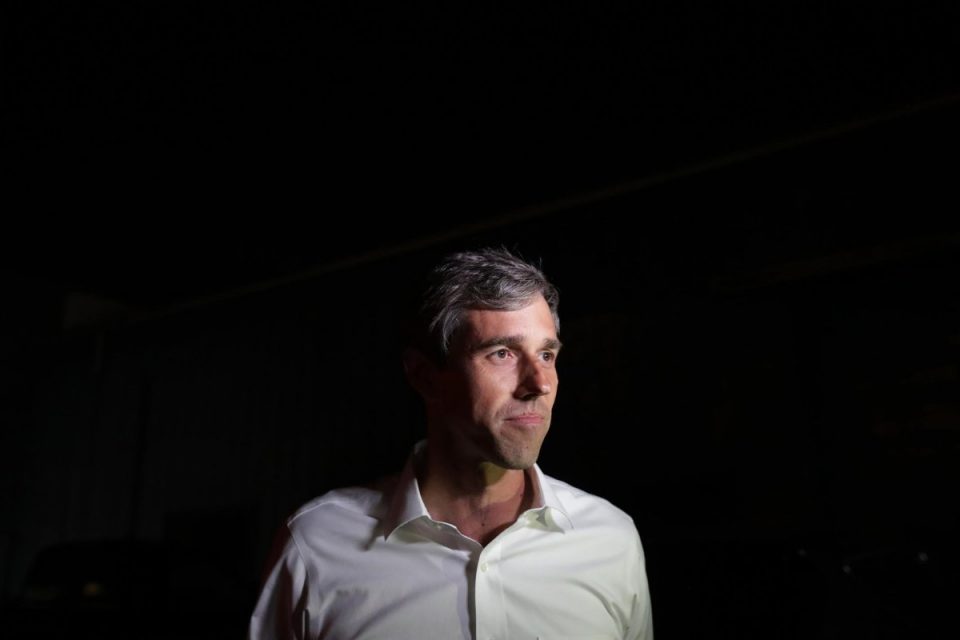 He was once the fair-haired child of the Democrat elite.

Most considered him the candidate to beat for the Democratic presidential nomination.

But this leading Democratic presidential candidate just got the news that ends his campaign.

It’s still well over a year until the nominees are selected for the 2020 presidential race.

And already the trials and tribulations, ups and downs, and platforms and pitfalls of all the candidates are front page news.

Most of it this early is good news, or at least not bad news, as the liberal media tries to give boosts to their favorite candidates.

But for Beto O’Rourke, the news was bad, then worse.

According to a report in Buzzfeed News, top campaign advisor Becky Bond and her deputy Zack Malitz, both of whom were considered the key architects of the Democrat’s failed 2018 Senate election against Republican incumbent Sen. Ted Cruz have left the campaign.

O’Rourke spokesman Chris Evans told Buzzfeed that the two are no longer employed by the campaign. Notable in Evans’ comments was the lack of response to questions about why the pair left and whether their departures were voluntary.

These departures came right on the heels of Beto hiring former Obama campaign manager Jen O’Malley Dillon who served in that capacity on both of Obama’s presidential campaigns.

Dillon is considered by most political observers to be more of a “professional” campaign manager and more politically moderate than Bond and Malitz.

They are credited as being the designers of the Senator’s energized network of grassroots support.

This move by Beto has some of his more leftist supporters worried that he is “moderating” in order to appeal more to the Big Labor, Big Corporate interests.

In fact, even before this move, he was repeatedly criticized by Sanders’ allies and the far left wing socialists who control the Democrat apparatus in a number of key states for his moderate campaign positions and voting record as a member of Congress.

And as a presidential candidate, O’Rourke has questioned whether the Sanders’ socialist “Medicare For All” proposal is the best way to rollout universal healthcare across the country.

This news comes at a bad time for the one-time darling of the hipster socialist set.

Just as these changes were taking place in O’Rourke’s campaign signaling his shift from socialist firebrand to “respectable liberal,” a new kid jumped into the race.

The openly gay Mayor of Indianapolis Pete Buttigieg has taken the millennial socialist left by storm and is now considered the best shot of beating Trump according to the millennial set.

O’Rourke is running the real risk of losing a big chunk of his base, while ceding ground to Buttigieg and Sanders.

There are even rumors now that Bond and Malitz may be heading back to the Vermont Socialist’s campaign.

More to come on this fast-moving story.