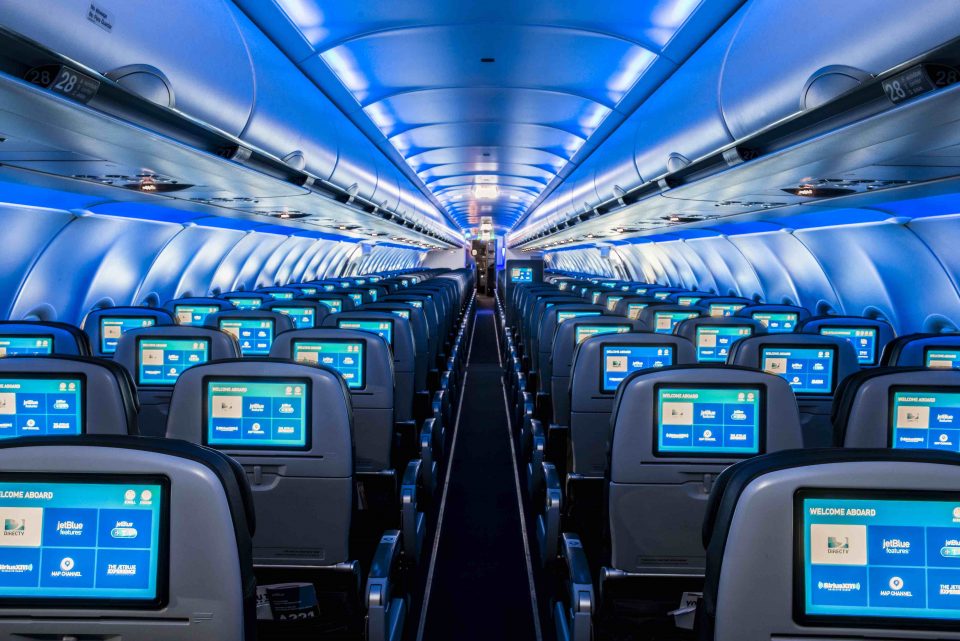 A Twitter exchange between JetBlue and one passenger proves the government is collecting biometric data on every American.

And this Twitter exchange shows just how widespread the problem is.

Because JetBlue just confirmed Americans’ worst fears about their privacy.

In November of 2018 JetBlue issued a press release titled “Your Face is Your Boarding Pass.”

The release went on to say: “JetBlue continues to lead the industry as the first domestic airline to launch a fully-integrated biometric self-boarding gate for international flights…”

Sounds OK, right?  Maybe it will make things go faster, maybe traveling will be less of a hassle.

But it turns out the government is collecting biometric data on every American without their consent, and storing that data in a massive database.

And it’s even worse. The government is also providing access to that database to private corporations, like JetBlue, without consent.

Especially concerning is DHS’s massive roll out of new facial recognition technology. The agency uses mobile biometric devices that can identify faces and then capture that face data on the fly.

This mobile technology allows ICE, CBP, TSA and Border Patrol to scan every single person they come in contact with, scan in their facial features and add to the database.

And all of this is done whether or not the people are suspects in any criminal activity.

To top it off, they are then partnering with airlines to collect face images from airline travelers, again, whether or not they are suspects and whether or not consent is given.

And that’s where it gets really dangerous.

As part of this government-airline cooperation, the airlines then get access to the facial recognition database.

You didn’t opt in, but as one passenger recently found out, you are already in the system, whether you want to be or not.

It seems the Department of Homeland Security (DHS) likely already has your face in the system, and if they do, at least JetBlue has it too.

Journalist MacKenzie Fegan had first-hand experience with this new procedure in an amazing Twitter correspondence with JetBlue.

And what she got was a shocking admission that DHS has already given their facial recognition data to JetBlue.

I just boarded an international @JetBlue flight. Instead of scanning my boarding pass or handing over my passport, I looked into a camera before being allowed down the jet bridge. Did facial recognition replace boarding passes, unbeknownst to me? Did I consent to this?

You’re able to opt out of this procedure, MacKenzie. Sorry if this made you feel uncomfortable.

Follow up question. Presumably these facial recognition scanners are matching my image to something in order to verify my identity. How does @JetBlue know what I look like?

The information is provided by the United States Department of Homeland Security from existing holdings.

So to be clear, the government provided my biometric data to a privately held company? Did I consent to this? How long is my data held by @JetBlue? And even if I opt out at the scanners…you already have my information, correct?

Many of us in the Liberty movement have been warning about this for years, and were ridiculed and scorned by elected officials in both parties.

Well, turns out sometimes when it seems the government is out to get you, it’s because they are.

This massive breach of privacy by a government agency working hand in hand with a private company is a conservative’s worst nightmare.

And, though JetBlue later claimed anyone can opt out of this, the problem is the data is already there and loaded, whether you opt out or not.

Add this growing use of facial recognition software and data to the still prevalent NSA and FBI spying on American citizens and you’ve got the makings of a libertarian horror movie.

So, just remember the next time you head to the airport, the train station, or even to your local grocery store – Big Brother IS in fact watching.