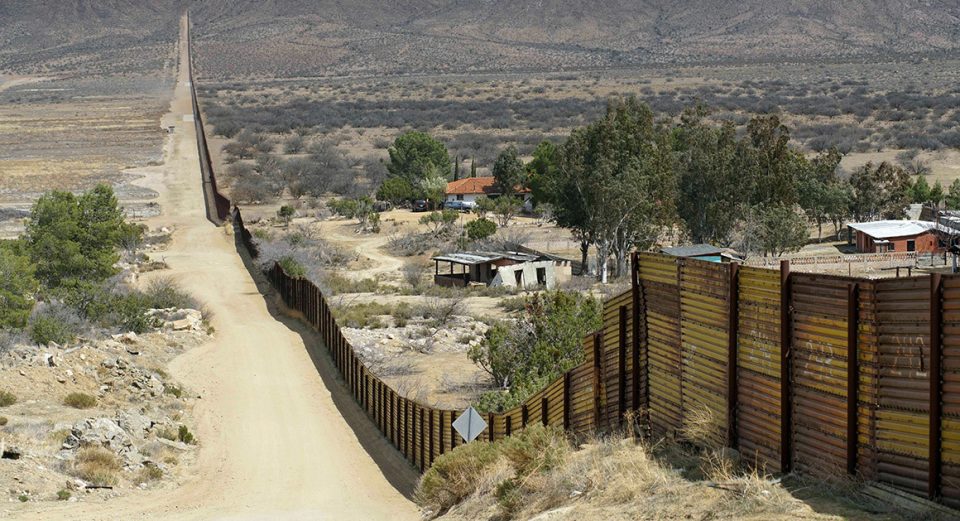 Mexican troops crossed the border and took these Americans by surprise.

But it was all a diversion for a more dastardly operation.

So Trump warns Mexico ‘no mas’ after a shocking action threatened American lives.

It’s no secret things at the U.S./Mexican border are tense, to say the least.

Illegals are streaming across the porous border in record numbers, and drug smugglers are taking advantage of the mass confusion to smuggle in a record amount of illegal drugs.

And the already spread thin border patrol and National Guard troops are on high alert.

But now, to add to the chaos, a group of armed Mexican soldiers pulled their weapons on and briefly detained U.S. soldiers who were conducting a routine surveillance mission.

Even more alarming, the U.S. soldiers were sitting on the Texas-side of the border when the incident occurred. That’s right, Mexican soldiers attacked, disarmed and took prisoner U.S. soldiers – on American soil.

And Donald Trump took to Twitter to give Mexico a stern warning.

Mexico’s Soldiers recently pulled guns on our National Guard Soldiers, probably as a diversionary tactic for drug smugglers on the Border. Better not happen again! We are now sending ARMED SOLDIERS to the Border. Mexico is not doing nearly enough in apprehending & returning!

While the confrontation was eventually settled peacefully, many experts, including Border Patrol agents, are convinced it was not a “mistake.”

According to Fox News, Brandon Judd, president of the National Border Patrol Council, said there was most likely more to the story than a simple geographical mix-up.

“These things don’t just happen by accident,” Judd said. “I don’t know one Border Patrol agent that is going to accept that story that the Mexican military thought that these national guardsmen were in Mexico.

“We have hundreds upon hundreds incursions by the Mexican military into the U.S., yet we have very few incursions by Border Patrol agents into Mexico,” he said.

While much of the mainstream media has ignored this incident as an “isolated” event, Judd’s comments make it clear that Mexican troops regularly invade U.S. soil.

Of course Trump, and other U.S. politicians actually concerned about stopping human trafficking and not just scoring cheap political points, have said for years human trafficking among the illegal alien border crossers was rampant.

Now that there is confirmation of this from Mexico’s President, observers are hopeful a few Democrats might join with Trump to protect the border.

While the admission by Mexico’s President that human trafficking among illegals is prevalent, Trump still does not believe Mexico is doing enough to curb it.

A very big Caravan of over 20,000 people started up through Mexico. It has been reduced in size by Mexico but is still coming. Mexico must apprehend the remainder or we will be forced to close that section of the Border & call up the Military. The Coyotes & Cartels have weapons!

Border security was a major reason Trump won the presidency and Democrats up in 2020 would be wise to try and work on a solution to this growing problem.