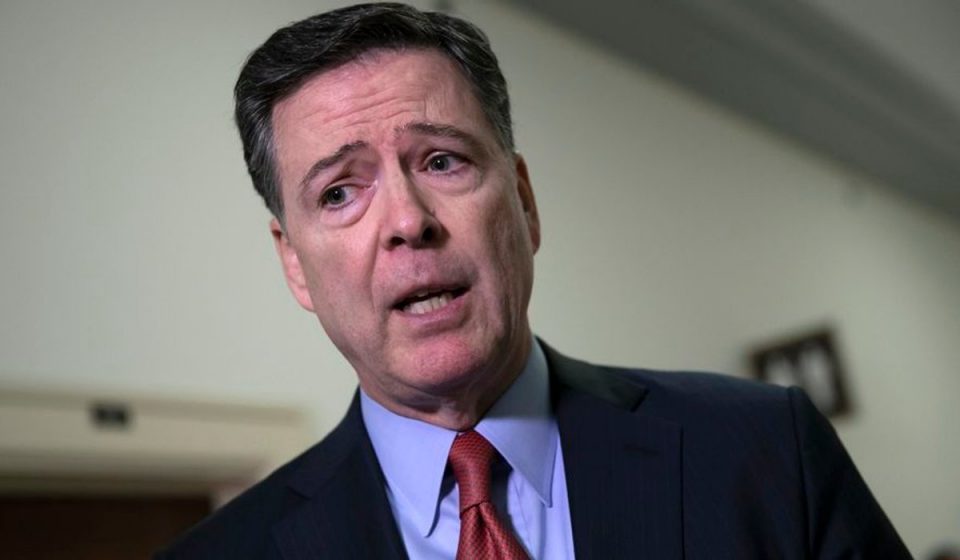 He thinks Trump is facing further charges with a “mountain” of evidence against the President.

And he is willing to play whatever part needed to help make it happen.

Because disgraced former FBI Director Comey is still out to get Trump.

Getting fired is never easy. Searching for a new job, concerns over finances, and the embarrassment of being without work.

But for James Comey, getting fired was worse.

President Trump fired James Comey as head of the FBI for being an incompetent, over-politicized manager who led the once proud FBI down the path of immorality, political attacks and over-zealous prosecutions based on nothing more than political activism.

Ever since then Comey has done everything in his power to prove Trump right in that decision.

And now, he is taking his anti-Trump show on the road, doing town halls, media interviews and hitting up the leftist talk show network.

The disgraced former top cop thinks there’s enough evidence in the Mueller report to charge President Trump with at least obstruction charges once he leaves office, which Comey is banking on being as soon as January 2021.

The former FBI Director recently held a CNN town hall and in between his temper tantrums over Trump and the loss of his job, he was asked if the Justice Department could charge President Donald Trump once he’s no longer in the White House.

“Well, I think the Justice Department will have to take a serious look at that,” Comey said.

He did say that “at least a couple” of the possible instances of obstruction of justice mentioned in the Mueller report could be serious enough to bring up charges.

Comey, of course, has been an outspoken critic of the President ever since Trump fired him as Director of the FBI.  He has even gone so far as to say his firing was illegal.

This is how off the rails Comey has become. One would assume the nation’s top law enforcement official would actually know the law.

However his comments only further prove just how incompetent he was at the job.  It was under his watch that FBI agents were caught in lurid affairs, lied under oath, manufactured evidence and further put a stain on the FBI.

On the issue of Russian interference, the disgraced Comey said the threat is still “very real for the 2020 election” and that a second Trump term is in Russia’s best interest.

“Going into 2020 [Russia’s] goals, my common sense tells me, will be to continue their overarching goal which is to damage the United States of America and then to support Trump,” Comey mused.

“Because surely they think they’ll do better with someone who jokes on the phone with Vladimir Putin that the Russia thing is a hoax than they will with whoever else may be president.”

Of course, this is the same man whose “instincts” led him to create a fraudulent case against a sitting U.S. president, allow senior FBI agents to offer false testimony to grand juries, have torrid affairs and publicly attack Republican politicians during an election year.

If there are any charges brought, they should be brought against Comey and his cabal of Deep State operatives.