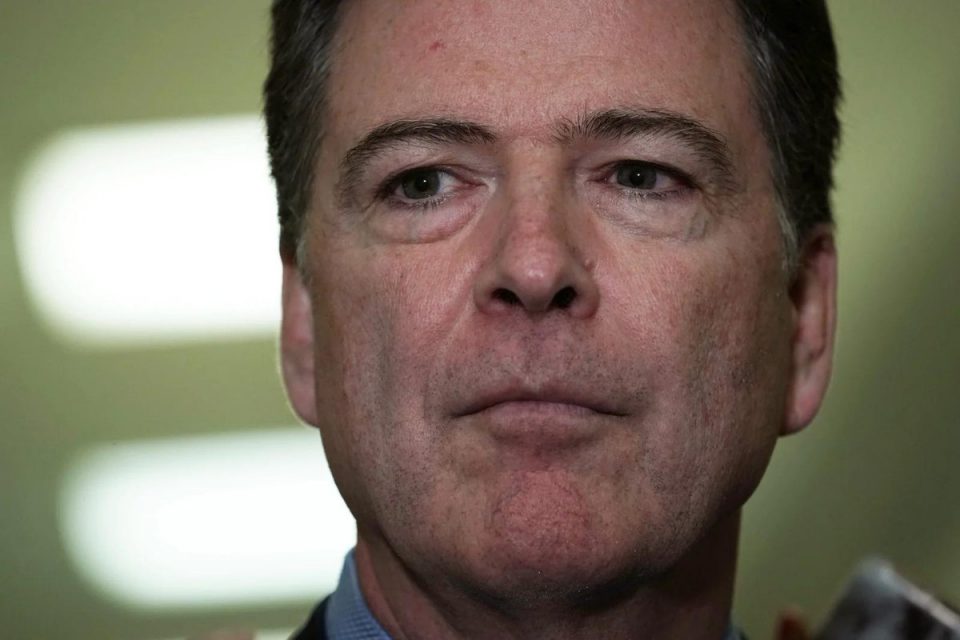 It is turning out to be one of the most consequential footnotes in American history.

It proves Deep State collusion at the FBI and DOJ to illegally take down Trump.

And this one footnote could land James Comey and Sally Yates in jail.

When FISA courts came in to existence after passage of the grossly misnamed “Patriot Act,” there were many who worried the secretive nature of the courts would be a breeding ground of corruption.

Unfortunately those of us who opposed the arguably unconstitutional courts didn’t realize just how bad it would be.

Now, we are seeing firsthand just how bad it is. It is the application submitted to the FISA Court for approval to wiretap Trump campaign aid Carter Page.

But, the good news is it could lead to the downfall of the Trump-Russia collusion hoaxers, as it will show they willingly misled (lied to) the secret court to target an innocent man in in an effort to stop Donald Trump’s 2016 presidential campaign.

That’s right.  Obama’s DOJ, in collusion with the Clinton campaign, at least one foreign agent and ironically, probably the Russian government, used a FISA court to take down an American campaign.

In an October 2016 application filed with the FISA court, former FBI Director James Comey accused Carter Page, a Trump campaign aide, of being a Russian agent.

Interestingly, the initial warrant also was signed by former Deputy Attorney General and staunch Trump foe Sally Yates. The document is a clear picture of how the Obama Justice Department was weaponized by corrupt Deep State partisans against the Trump campaign, conservative organizations and campaigns, and grass roots liberty groups. This coordinated effort by Deep State operatives at DOJ, the FBI and the IRS goes back as early as 2010. And many liberty activists were caught up in phony investigations sometimes resulting in jail time and hefty fines.

Fortunately, many of the very people within the DOJ and FBI are now facing their own investigations.

In this case, the FISA application at issue claimed the Russian government, in coordination with Carter Page, was attempting to “improperly and illegally influence the 2016 presidential election.”

According to Ken Brock, a former FBI intelligence officer; “It’s an order by the court to basically monitor that person 24/7, not just tap their phones but to plant microphones and cameras, whatever it takes, to capture their conversations.”

In other words, the FBI, because of Comey, spied on Carter Page for one year.

But far from being an actual legal petition, the FISA application is nothing more than a piece of political propaganda wielded by Deep State operatives for the sole purpose of stopping a political campaign.

A February 2018 memo by Representative Devin Nunes (R-Calif.), the former chairman of the House Intelligence Committee, revealed how Comey, Yates and others cited uncorroborated and fabricated allegations from the dossier compiled by Clinton political operative Christopher Steele as evidence that Page was a traitor.

Steele had been hired in the spring of 2016 by Glenn Simpson, the founder of the political consulting firm Fusion GPS, to dig up Russia-related dirt on Trump.

At the time, Simpson was working for the Democratic National Committee and the Hillary Clinton campaign and had one job, to smear Donald Trump.

Steele was reportedly paid $160,000 for his “intelligence” work. And according to information now available, all of the payments to Steele were funneled through a Clinton allied law firm to skirt campaign disclosure rules and hide the payments.

As more and more information comes out, it looks worse for Comey, Yates, and their merry band of co-conspirators who may now wind up doing time for their actions.

The Deep State Is Sprouting Like Weeds in Local Communities