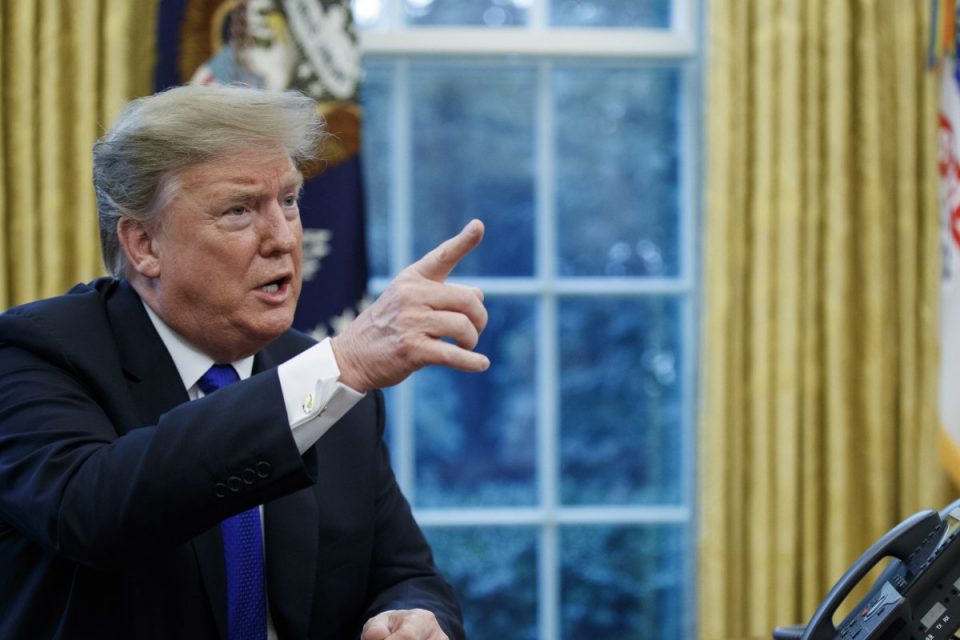 Attorney General William Barr is getting close, so the Deep State is launching its counter-attacks.

The one thing these secretive Deep State operatives have always feared is that they would be found out.

And now these Deep State operatives are living in fear as Trump seeks to root them out.

Attorney General William Barr has enlisted the help of prominent allies to get to the bottom of the origins and circumstances of the FISA warrant and subsequent investigation into Trump’s campaign.

Barr announced he had appointed the US Attorney for Connecticut, John Durham, to what amounts as a Special Prosecutor to fully investigate the beginning of the Russia collusion hoax.

This move has sent shock waves through the inside-the-beltway swamp denizens.

Because, they know the more we learn about the actions of rogue FBI agents, the lies and cover ups by high-ranking FBI, DOJ and even State Department and CIA officials, the worse it gets for Deep State operatives.

One thing about the Washington DC swamp is still true.  When faced with a crisis, just like a cornered gator, Deep State officials and their cronies in both parties start attacking.

Last week the first so-called Republican Congressman, Justin Amash, came out in favor of impeachment, claiming it was a “principled” stand.

This from a man who always claimed to oppose FISA courts, illegal wiretaps, unconstitutional surveillance of American citizens, and indictments based on nothing but false dossiers, and rampant abuse at the FBI and DOJ.

Now it seems his pals in the Deep State and in the neocon movement have recruited Amash to do their bidding.

Also, attacks have started coming in from the “usual suspects,” like disgraced former FBI director James Comey, who lashed out against Barr in a tweet:

The AG should stop sliming his own Department.  If there are bad facts, show us, or search for them professionally and then tell us what you found.  An AG must act like the leader of the Department of Justice, an organization based on truth. Donald Trump has enough spokespeople.

And Comey has been joined by failed former director of the CIA John Brennan, Obama administration officials, Clinton allies, and of course mainstream media mouthpieces from CNN, MSNBC, and the other anti-American media outlets.

But, the really dirty work is being done by low-level FBI agents, and DOJ bureaucrats who continue to leak information, attack the President and send “FBI and DOJ goons” out to conduct media interviews to “back up” the false narrative the media is promoting.

In other words, information all obtained from disgraced British “super spy” Christopher Steele, which we now know was at best made up, and at worst was actually a Russian disinformation campaign.

Figliuzzi went on to say, “Now, President Donald Trump and Barr seek to undermine Mueller’s findings by fueling doubt about the FBI’s decision to open the initial Russian case that led to a special counsel appointment. Back at the Kremlin, the vodka is flowing.”

This is a classic tactic by the Deep State.  Try to repeat the lies so often that everyone continues to believe they are true, even after they’ve been fully disproven.

And you can be sure these are just the beginnings of what will be an all-out blitz attack by the left, Deep State operatives, never-Trumpers, and wannabe Republican Congressmen like Justin Amash.

All brought to you by a simpering and complicit media.

We will keep you updated on this breaking story.

This “Republican” Congressman Just Said the Words Trump Feared the Most