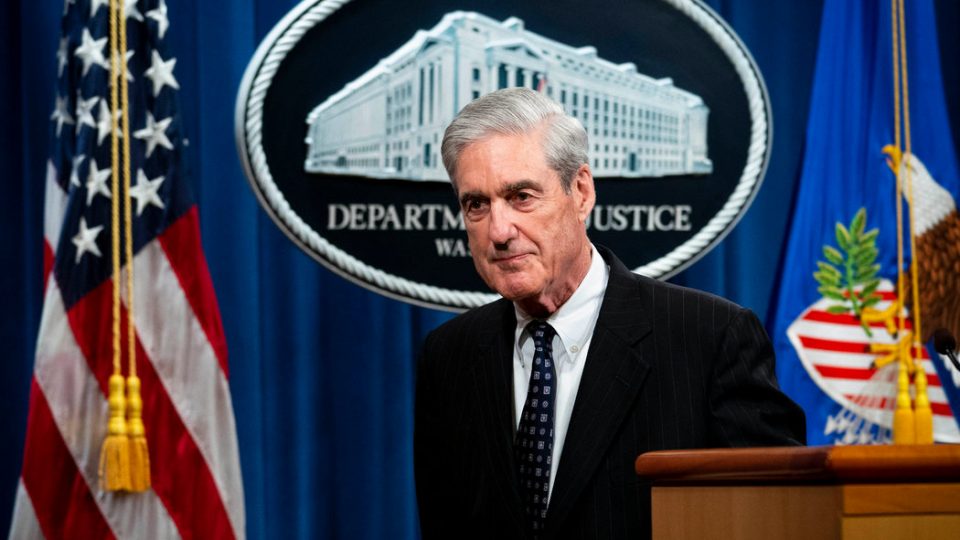 DOJ joins in effort to “clarify” Mueller’s remarks about Trump and Congress.

Joint statement by Mueller and DOJ attempts to save Mueller from further investigation.

And the Deep State is furious at Mueller’s backpedaling from his press conference remarks.

Unfortunately, the “clarification” ended up causing even more confusion, something that happens far too often in the DC Swamp.

Kerri Kupec, spokeswoman for the Department of Justice and Peter Carr, spokesman for the Mueller and the Special Counsel’s Office, released the following statement:

“The Attorney General has previously stated that the Special Counsel repeatedly affirmed that he was not saying that, but for the OLC opinion, he would have found the President obstructed justice. The Special Counsel’s report and his statement today made clear that the office concluded it would not reach a determination – one way or the other – about whether the President committed a crime. There is no conflict between these statements.”

This clear as mud “clarification” is further indication of the rats jumping off the Mueller/Comey/Clinton sinking ship.

As more and more evidence comes out of Mueller’s mishandling of the investigation and the clear cut case for criminal charges against members of Obama’s cabinet, the Deep State is at a loss.

Some are scurrying away and hiding, hoping to last another few years buried in one of the thousands of alphabet agencies in the federal government.

Others are coming forward, trying to defend their actions in attempting to rig the 2016 election.

And still others are turning on their deep state masters to try and save their own skins.

Of course it has long been known that DOJ and FBI officials have used their offices to conduct political witch hunts and to try and shut down conservative and libertarian efforts.

That’s why many conservatives like Rand Paul, Thomas Massie and others have opposed, and still oppose, FISA and the unbridled power it gives to prosecutors.

Unfortunately, others who used to claim to oppose such abuses, like Justin Amash, have let their hatred of Trump change their views.

Amash, of course, recently came out in favor of impeachment, turning his “principled” opposition to an out-of-control DOJ on its ear.

And he now is joining forces with neocons like Bill Kristol to continue the persecution of Trump.

And Congress is where this whole charade will likely end up.  Mueller all but admitted he was doing Congress’s impeachment groundwork for them.

Of course, that is not Mueller’s job and he should be held accountable for wasting tens of millions of taxpayer dollars on what amounts to a character assassination job on a sitting president by an out-of-control DOJ.

Basically Mueller held a press conference to announce that he launched a criminal investigation into the President, even though he knew he never had the authority to conclude it.

Keep coming back to Deep State Journal for updates on this important story.

Trump Just Gave the One Order the Deep State Feared Most

Obama Facing New Scandal, Jail Time As This One Secret Comes Out