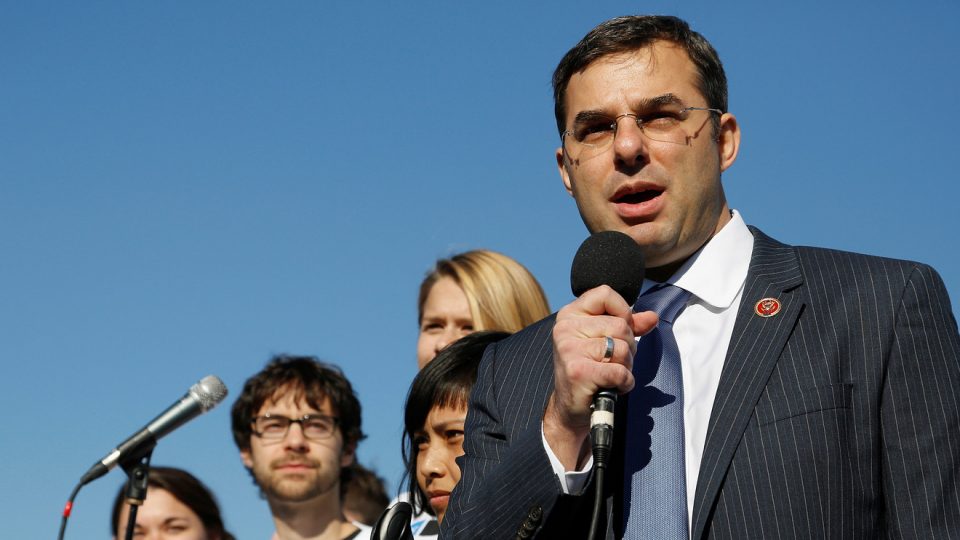 Despite evidence to the contrary, Amash continues to claim he is “principled” by supporting impeachment.

He has now become a detriment to the very liberty movement he once claimed to be a part of.

And Justin Amash has doubled down on his defense of Comey and Mueller.

There is no longer any question that Congressman Justin Amash (R-MI) has become a serious detriment to the liberty movement.

Amash continues to call for the impeachment of President Trump, based on the unconstitutional Mueller investigation, FISA abuses and illegal activities by the DOJ and FBI.

Because of this, Amash has set back many of the advances the liberty movement has made through the actions of Rand Paul and Thomas Massie during the Trump era.

And, to rub salt in the wound, Amash has done so based on some bizarre Amash logic which is, at its core, fundamentally anti- libertarian.

In his latest Twitter rant, Amash lays out his argument on why Trump supposedly committed “obstruction”. Amash’s arguments will strike any true libertarian as absurd, at best.

Even worse, Amash is basing his support for impeachment on his “trust” in Comey, Mueller and the very FBI agents we know have repeatedly lied to Congress about the investigation.

Any good libertarian would of course take the opposite approach and doubt anything claimed by this power hungry pack of deep state operatives.

Amash, however lists his six reasons for believing the President committed obstruction, and in each case Amash depends solely on the word of Mueller and his report.

As one of his reasons for believing in obstruction, Amash points to the “fact” that Trump asked the FBI director to stop investigating Michael Flynn.

Flynn of course, had been a top Trump campaign adviser and national security adviser, and had already “committed a crime” by lying to the FBI (something that now appears was another made up charge by FBI deep state agents).

Well, the problem Amash has in depending on this is there’s no evidence this conversation ever took place. It is solely based on the word of disgraced former FBI head, and known liar James Comey.

All we have as “proof” is Comey’s claim, and a “memo” that he illegally leaked to the press.

This is, of course, the same James Comey who submitted a FISA warrant application using the false claim that Christopher Steele’s dossier was verified.

Then, months later, he went on to call it unverified when testifying to Congress.

So, in short, Amash is basing his entire claim on Comey’s word vs. Trump’s word.

Amash claims to oppose the vast overreaches of the police state, and says he is in favor of criminal justice reform, yet in this case, his personal disdain for the President has Amash defending the very FBI and DOJ he claims to want to rein in.

Congressman Amash’s philosophical calisthenics on this are laughable at best.

Make no mistake, Justin Amash’s position on impeachment and obstruction is anti-liberty, anti-rule of law and anti-constitutional.

His pro-FBI stance, if it is allowed to be seen as the “libertarian” position, will have severe repercussions on our liberty movement which will set us back possibly decades.

Obama Facing New Scandal, Jail Time As This One Secret Comes Out

Mueller Announces He Really Is an Enemy of the People