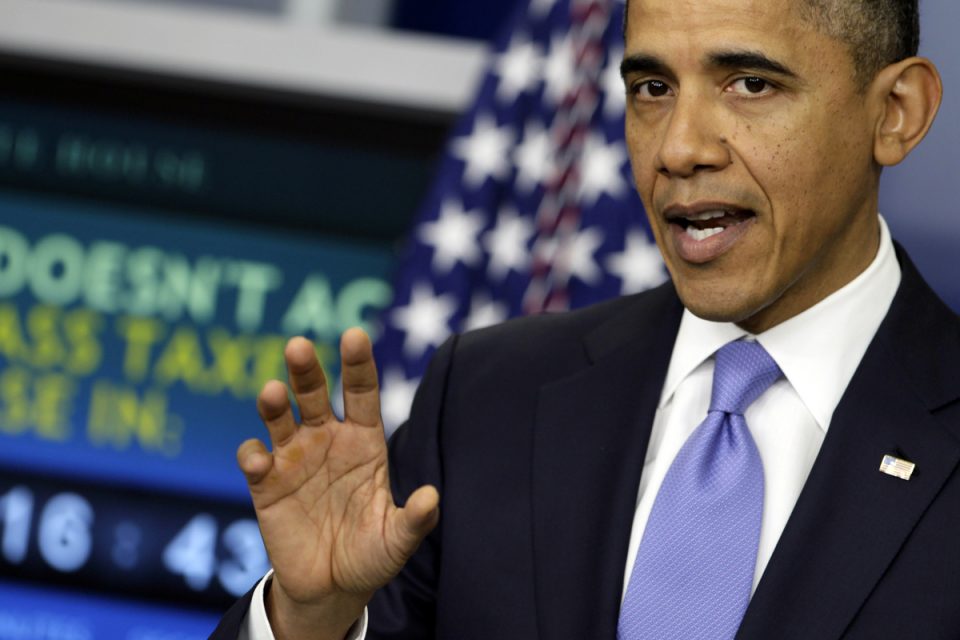 Both Democrats and Republicans were caught up in this shocking Obama dirty little secret.

It turns out he didn’t just spy on Donald Trump.

And Obama is facing a new scandal, and possible jail time as this one secret comes out.

Proof is now emerging that Barack Obama and his Deep State cronies not only spied on Donald Trump, Trump’s family and the Trump campaign, but on members of Congress too.

And evidence is showing it wasn’t only Republicans who were spied on by Obama.

Specifically it turns out Obama spied on members of Congress who had contact with Israel, and particularly Benjamin Netanyahu.

It is beginning to appear that a massive unmasking carried out by former UN Ambassador Samantha Power was focused on Israel.

Of course, Obama made no secret of his hatred for Israel and especially for Netanyahu. He even sent $350,000 to Israel to be used in trying to defeat Netanyahu.

As far back as December 2015, reports started surfacing showing that Obama and his administration were intercepting communications between Israeli Prime Minister Benjamin Netanyahu and members of Congress.

The Obama White House was targeting Netanyahu specifically because he opposed Obama’s nuclear deal with Iran.

In 2013, President Barack Obama announced he was going to curtail eavesdropping on friendly heads of state after the world learned of long-secret U.S. surveillance programs against their allies.

But behind the scenes, the White House quietly decided to keep certain allies under close watch, and in some cases actually ramped up the surveillance.

The Obama administration was pursuing a nuclear arms agreement with Iran at the time, and U.S. intelligence captured communications between Mr. Netanyahu and his aides that inflamed mistrust between Obama and Netanyahu.

This also created a political minefield here in the U.S. when Mr. Netanyahu later took his campaign against the deal to Capitol Hill.

The National Security Agency’s targeting of Netanyahu and other Israeli leaders also swept up the contents of their private conversations with U.S. lawmakers and American-Jewish groups.

This information leaking out brought about fearful hand-wringing within the White House as some Obama administration officials worried they would be accused of spying on Congress.

As we are now finding out, their fears were well-grounded.

In fact White House officials went so far as to avoid a paper trail since they knew it could be politically risky to ask for the data.

So, according to sources in the White House, the White House “let the NSA decide” what to share and what to withhold, to be able to make the “truthful” statement, if put under oath, that they did not request anything from the NSA.

But, as we now know, the stepped-up NSA eavesdropping revealed to Obama that Netanyahu and his advisers had leaked details of the U.S.-Iran deal to try and undermine the talks.

Netanyahu and his aides also asked undecided lawmakers what it would take to win their votes against the deal.

Before Edward Snowden exposed much of the agency’s spying operations back in 2013, there was little worry in the administration about spying on friendly heads of state because it was such a closely held secret.

After the revelations and a White House review, Mr. Obama announced in a January 2014 speech he would curb such eavesdropping.

But, in a top secret meeting, the Obama administration weighed which allied leaders belonged on a protected list, shielding them from NSA snooping.

And of course, Mr. Netanyahu did not make the list of “protected allies.”

While much of this information was reported in The Wall Street Journal as far back as 2015, these new revelations are showing the depth of the Obama administration’s corrupt abuse of power.

We will, of course, keep you updated on the breaking reports of Obama’s corruption.

Justin Amash Doubles Down on His Defense of Comey and Mueller