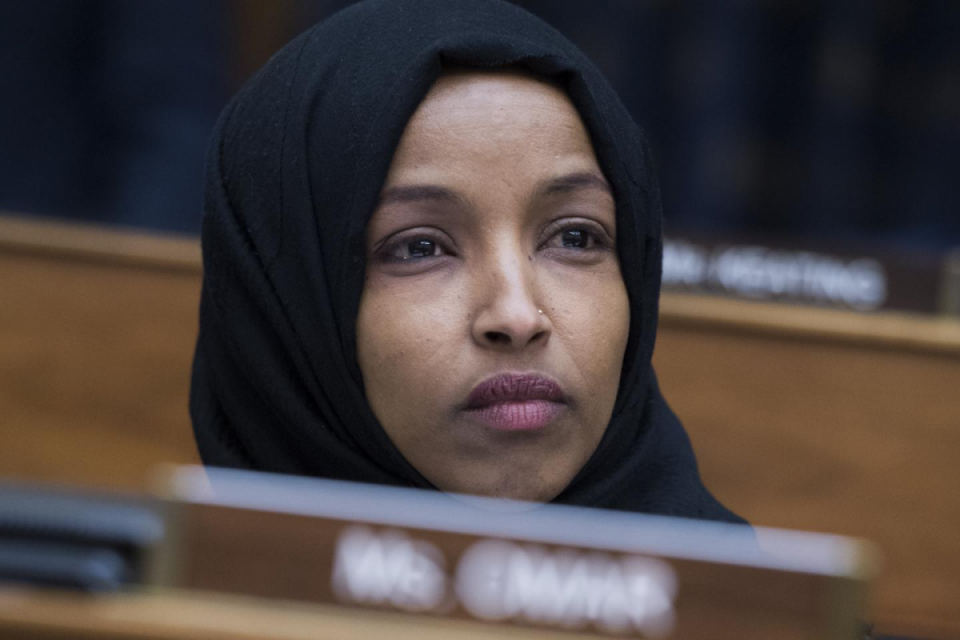 Illegal use of her campaign funds for personal items was only the tip of the felony iceberg.

She now is facing years in jail for these felonies.

Congresswoman Ilhan Omar just got the bad news she feared the most.

Last week we reported on an investigation into Congresswoman Ilhan Omar by Minnesota’s Campaign Finance and Public Disclosure Board.

This investigation found that Congresswoman Omar used thousands of dollars in campaign funds for personal and out-of-state travel.

The misuse of funds by Omar is a violation of state law and Omar was ordered to pay back the money and was fined a minimal amount for the violations.

Of course, were she a Republican, she would have faced much harsher penalties, but the Deep State is in firm control in the Land of 10,000 Lakes.

And now we are finding out there is much more to the story.

It also turns out that the Congresswoman likely has committed a large number of federal felonies due to a fraudulent 2009-2017 marriage.

Buried in the report on her campaign finance violations is the information that Omar may have actually filed eight years of fraudulent federal and state tax returns.

The report states that Omar and Ahmed Hirsi filed joint tax returns as husband and wife in both 2014 and 2015. The problem is, they weren’t married!

That’s right, it turns out Omar was married to Ahmed Nur Said Elmi from 2009-2017. According to both federal and MN law, this is illegal.

Steinberg continued, “As I have written, @IlhanMN likely committed a remarkable number of additional felonies due to her fraudulent 2009-2017 marriage. Today’s report appears to confirm the worst of them: @IlhanMN may have filed EIGHT YEARS of fraudulent federal and state tax returns,” he wrote.

But, there’s a lot more than that.

For years, Steinberg and others have meticulously documented mounds of evidence that strongly supports, or even proves, Omar actually married her brother to get around the immigration system so they could both attend college together at North Dakota State University shortly before Omar was first elected to state office.

Instead she married Ahmed Nur Said Elmi in 2009. The two lived at the same residence with Ahmed Hirsi throughout their college years in North Dakota, and Elmi eventually returned to the United Kingdom in 2011.

While Hirsi and Omar presented themselves as a married couple, both in the media and to the federal tax authorities, they were not legally wed until 2018, after Omar’s divorce with Elmi was finalized.

Numerous since-deleted social media posts show Elmi and Omar remained in close contact before, during and after the marriage, despite claims in divorce documents that she’d had no contact since 2011, according to multiple reports.

Omar has only offered lame excuses for the situation and claims the accusations she married her brother are nothing more than a racist witch hunt.

The outspoken Congresswoman refuses to speak out about the overwhelming evidence that includes school reports, marriage records, social media posts, her own comments, official address records, divorce documents filed in 2017, and other public information.

“Insinuations that Ahmed Nur Said Elmi is my brother are absurd and offensive,” said Omar.

Omar has since married Hirsi, but refuses to discuss the allegations, preferring instead to frame any criticism as a racist smear campaign.

We will keep you updated on this story as more bad news for Omar comes out.

The Deep State Is Worse Than We Feared; FBI Admits to Bigfoot Cover-Up