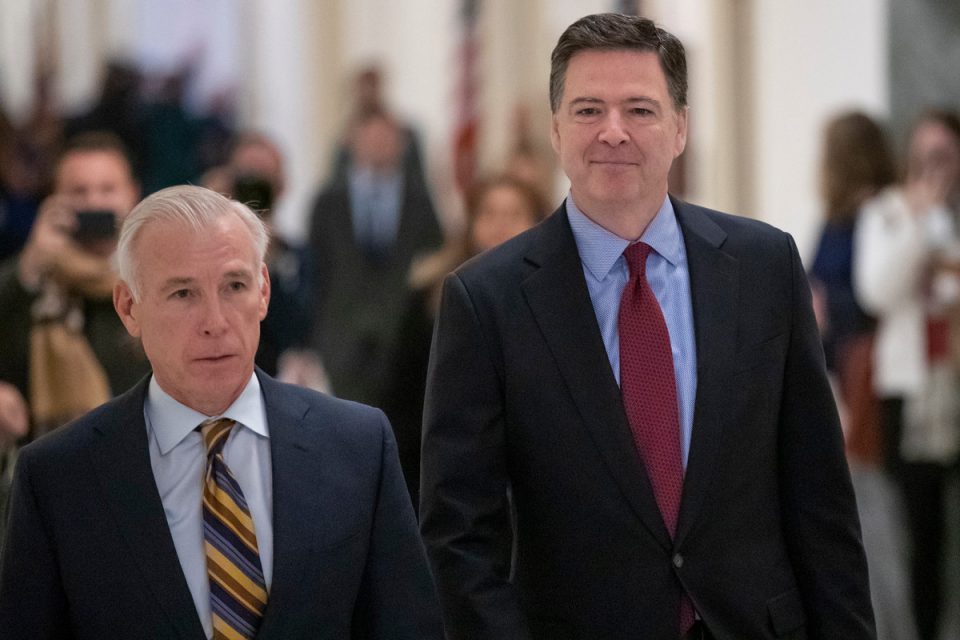 Comey’s leadership turned the FBI into a rogue agency out to find and destroy conservatives.

But it turns out the FBI has been involved in bizarre activities with your tax dollars for decades.

And the Deep State is worse than we feared; the FBI now admits to a Bigfoot cover-up.

We have reported multiple times on the corruption, scandals, waste of taxpayer dollars and illegal activities of the FBI.

Clearly we here at Deep State are no fans of the rogue federal agency and deplore their actions that have ruined many good people, all in the name of “Justice”.

While the FBI has missed things like the Boston Marathon bombings, multiple mass shootings and other high profile and deadly attacks, they have no problem tracking down and launching military-like raids on 70-year-old men.

In one case, the FBI led an assault on a family in Virginia.  At dawn they broke down the doors, in full riot gear, held young children at gunpoint and made a 14-year-old girl stand in the front yard in only a bra and panties.

All this occurred while the person they were after was in another state turning himself in to authorities.

In both of these cases the massive military style raids were over political paperwork violations.

The waste, fraud, abuse, scandals and violation of constitutional rights are so numerous that they call in to question the actual need for a federal police force at all.

Now, more news has come out, from the FBI itself, showing that they investigated Bigfoot, and then covered it up, one can assume out of embarrassment.

The FBI archives recently released a 1977 document showing that the FBI explored allegations of Bigfoot activity in Oregon.

Last week the FBI released 22 pages of documents all related to Bigfoot. These documents show that in 1977, the FBI’s scientific division conducted an analysis on hairs alleged to have belonged to Bigfoot, only to find that they were from a deer.

Of course, had the FBI just talked to any deer hunter, or other outdoorsman, they could have saved the taxpayers countless thousands of dollars in scientific testing.

But, as with most of the Deep State, they are long on tax payer dollars and short on common sense, or any sense.

The documents released consist mostly of letters from the 1970s between FBI agents and the scientific division staff, and Peter Byrne, the director of the Bigfoot Information Center and Exhibition.

Byrne, who was located in Oregon at the time, was asking for the FBI’s help in analyzing hairs he claimed to have obtained from an “unidentified animal”, possibly Bigfoot.

To the shock of many in the FBI, Jay Cochran Jr., the assistant director of the FBI’s scientific and technical services division, approved analysis of the hairs. Cochran sent 15 hairs provided by Byrne to Howard Curtis, of the Academy of Applied Science in Boston.

All at taxpayer expense, and to find out they had just studied deer hair.

While Bigfoot remains a fascinating “mythical” creature, and one of the greatest mysteries in American folklore, an even greater mystery is how the FBI has gotten away with stealing from the taxpayers for so long.