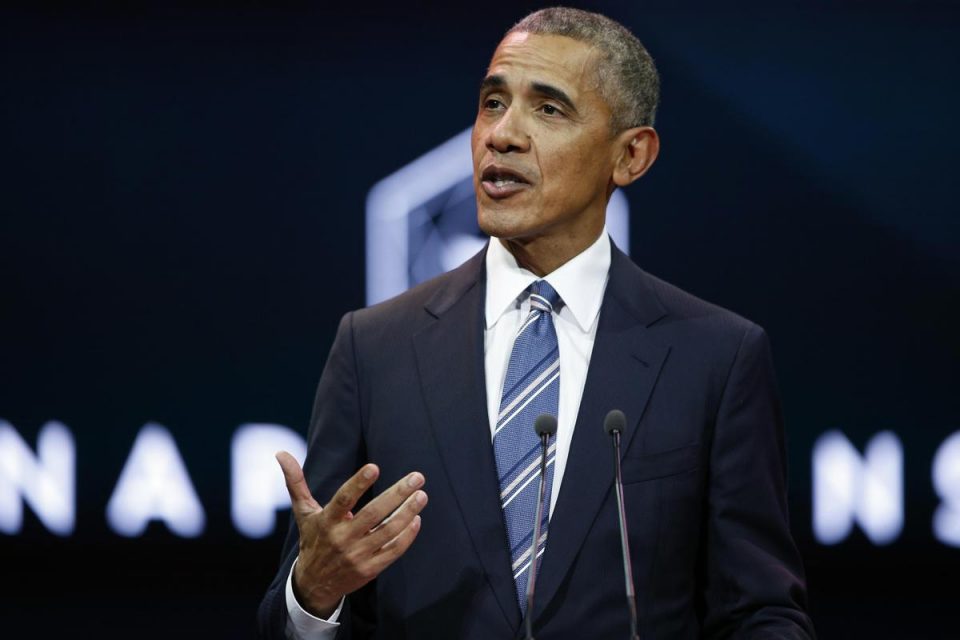 He claims his presidency was scandal-free and completely ethical and moral.

But Obama seems to forget the major scandals, law violations and Constitution-shredding actions during his presidency.

And now Obama’s bad news just got a lot worse and he is in fear of the consequences.

Recently, Creepy Uncle Joe Biden said he’s most proud of his time as Vice President under Obama because there were no scandals.

Of course this list could be longer; much longer.  There are a few researchers who have documented 633 scandals and cover ups.

And we are close to finding out just how high the Russian collusion hoax went in Obama’s administration.

These are bad enough, but now we can add a big one to this growing list.

Because while the United States is dealing with an immigration crisis that seems to have no fix in sight, it turns out we don’t even know how many dangerous criminals are living illegally in the country.

But it’s even worse that the Obama-era Department of Justice directly contributed to the problem.

An unbelievable new report from the Office of Inspector General has revealed that in a three year period during Obama’s second term, the government brought some 5,500 foreign nationals — many of them known criminals — into the United States as part of a “sponsorship” program.

The grand theory by the Obama brain trust was that in exchange for being allowed to stay in America, these foreign criminals would provide information that would be useful to investigations.

But, not shockingly, the government promptly “lost” many of these hardened criminals inside our country, before receiving any information at all.

The Inspector General’s report states; “Department of Justice components can sponsor foreign nationals to be present in the United States to help support investigations and prosecutions.”

More than 5,000 foreigners were brought in between fiscal years 2015 and 2017, all of whom were criminals and would have otherwise been considered inadmissible to the United States due to their association and/or involvement with criminal enterprises.

Well, you might say, at least they were very carefully tracked and watched to make sure they didn’t commit any crimes here.

You would be wrong.  It turns out the DOJ was too busy tracking down “dangerous” paperwork violators, conservative political leaders and other “enemies” of the Deep State.

So the Obama-era DOJ was appallingly lax in even knowing where these criminals were at any given time.

In February of 2018 Homeland Security identified more than 1,000 of these DOJ-sponsored criminal foreign nationals for whom no one had ANY information.

Of course that means: no one knows where these violent criminals are.

These aren’t just random immigrants that have been lost in the system, many of them have direct connections to criminal enterprises including terrorism, which is the very reason the Obama DOJ wanted them to enter the country in the first place.

Obama officials, when pressed by some in Congress, were even forced to admit there were strong incentives for criminal foreigners to abuse the system and then disappear inside the United States.

This Obama screw-up is more than just another scandal, American lives are at risk from potentially thousands of criminals and terrorists that Obama’s DOJ brought in to the country, then lost.

Obama Furious After This One Fact Comes Out About His Past