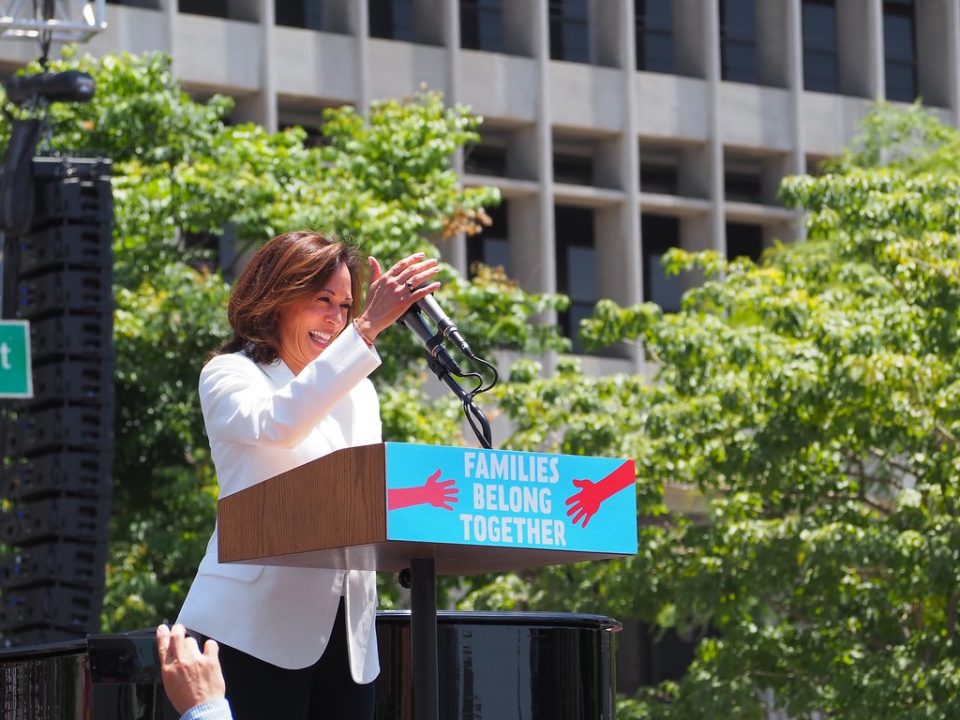 The Democrat U.S. Senator and presidential candidate has already faced one sex scandal.

But this one is the final nail in her presidential hopes coffin.

Because another sex scandal could end Kamala Harris’ campaign for president.

Senator Kamala Harris wants to be the next president of the United States.  So much so, that she is pandering to every far-left, socialist Deep State group.

Unfortunately, she is also facing strong criticism for “sleeping her way” to the top through her torrid affair with long-time California political power broker Willie Brown.

And now, a new sex scandal is coming out that could very well end Kamala Harris’ campaign once and for all.

She is now facing criticism from multiple victims of clergy abuse who are claiming she refused to prosecute priests who were charged with sexually abusing children.

Before she was a U.S. Senator running for president, Harris served as San Francisco’s district attorney from 2004 to 2010 before she went on to become attorney general of California.

This was the first job she allegedly got due to her affair with one-time Mayor and speaker of the California House Willie Brown.

To become district attorney, Harris upset the incumbent, Terence Hallinan, in the 2003 election. Hallinan had met with several victims of clergy abuse and had begun collecting files on priests to build a foundation to prosecute those who had abused children.

But Willie Brown stepped up to bat for his paramour Harris and turned the election her way.

Victims had thought they would soon see their abusers brought to justice, but that all fell apart when Harris became district attorney.

According to two different news reports, one from The Intercept and an updated version from the Associated Press, Harris summarily ended her predecessor’s investigation into the Catholic Church and the abuse by some priests when she took office, and refused to prosecute cases against priests already accused of abuse.

One victim of clergy abuse, Joey Piscitelli, recounted his efforts of trying to get Harris to work with him on prosecuting his abuser.

“She did nothing,” Piscitelli told the AP.

And, in an interview with The Intercept, Piscitelli said Harris was completely to blame for killing the work Hallinan had started.

Piscitelli’s personal lawyer and the attorney responsible for coordinating cases against the clergy, Rick Simons, told the AP, “Of all the DAs in the Bay Area, she’s the only one who wouldn’t cooperate with us.”

Harris’ campaign maintains that she did everything she could as district attorney to protect children.

But it seems Piscitelli’s claims that Harris refused to prosecute members of the clergy are true; since she didn’t prosecute any clergy, including the Priest who abused Piscitelli.

Some argue it was Willie Brown, calling in a favor on behalf of Church leaders who had supported him.

Whatever the cause, her failure to prosecute is very strange, as she has actually been accused of being “too tough” a prosecutor.

For example, Harris has been attacked for her supporting arresting parents of truant children, and then laughing about it.

We will keep you up to date on this scandal as more information comes out.